The talk will be about when, how, and why my photos have changed over the past two years. How I went from never having picked up a fancy camera, to running a successful photography business two years later, and arguably making some consistently badass photos – anywhere, anytime, with anyone. How I relate and compare being a ‘professional’ photographer to being a professional writer (f*ck inspiration) – and how blinking, drinking, height, and falling, all drastically changed and currently affects my photography. 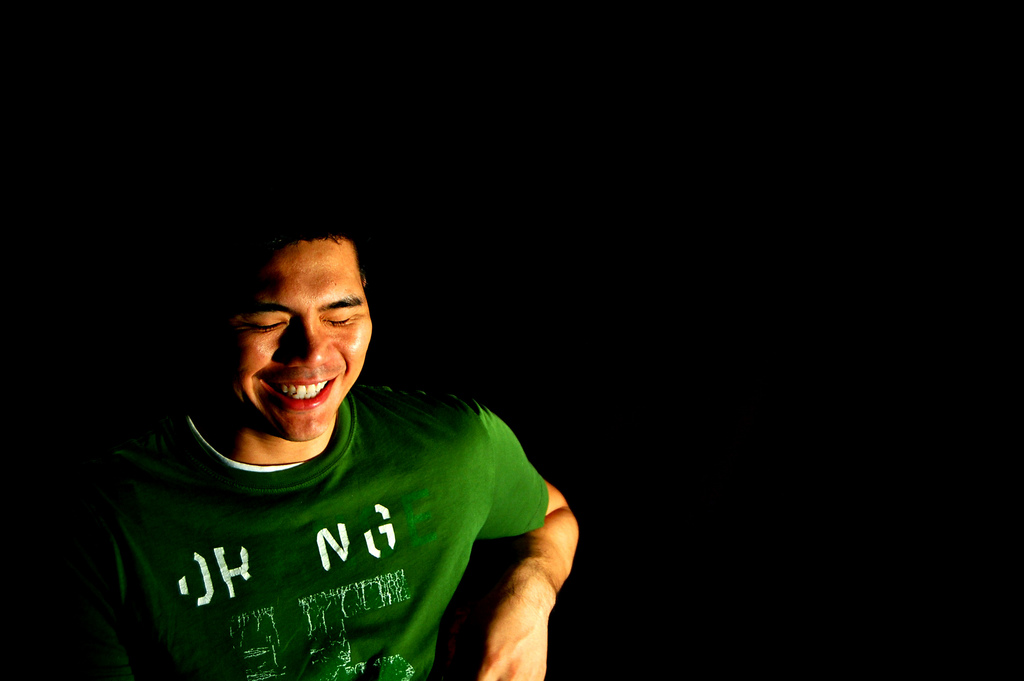 “Next year, I’m going to get a part time job. A few nights a week – the extra money will be useful and hopefully I can find something that’s not completely mindless (call center work) – of course, we’ll see right? Because it seems as though many people can’t find ANY jobs right now. But still, things will hopefully start to get better on the other side of January. (Although I don’t really think it’ll be a noticeable difference until August…) Of course, deep down I think I just want to work at a coffee shop again.” (December 2008) 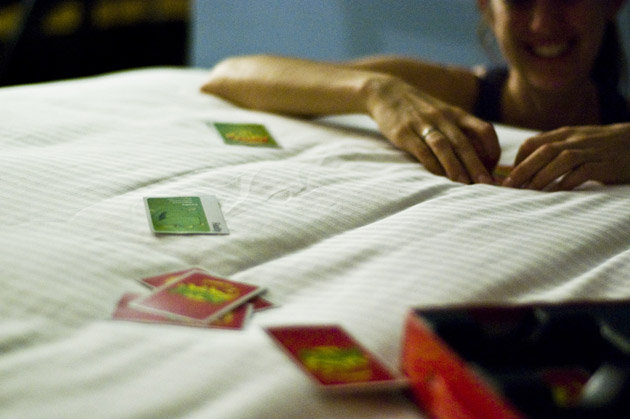 “And it doesn’t even take that many. You just need a few, maybe even just that one friend – because damn, you used to be attached at the hip laughing at everyone else to cover your insecurities, and then for whatever reason, at some point you were two completely different people living unconnected lives. So while  you’re a different person ten or twelve years later; you remember being that kid and doing the things you did and the thoughts you thought, and laugh at how much insecure bravado you put forth back then – or how much you attempted to disappear, but not really, just enough to wish to be seen.” (July 2009) 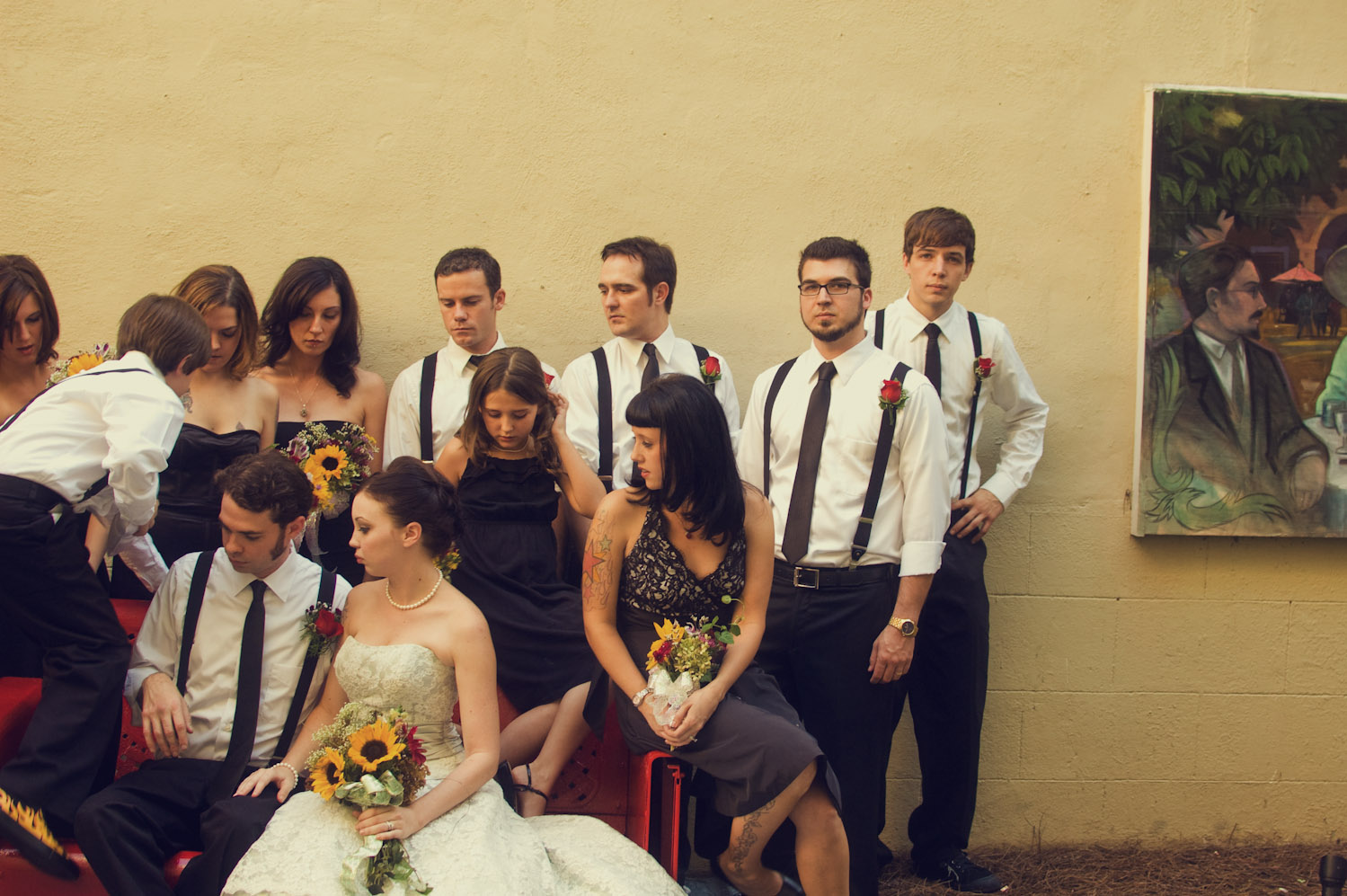 “Since this was my first wedding – I had no real idea of timing – but at least I showed up early. However I didn’t know exactly when to push to start shooting. Somehow, I ended up alone in the room with Haley as she sat there all ready to go. Everyone else was downstairs going over everything – so I started taking shots. Haley was really awesome – much calmer than I was at that point and she started posing like a pro. Thank God because all I had to do was frame the shot, hold my camera steady and squeeze the shutter button. Clear? No? A few more times please.” (First Wedding – September 2009) 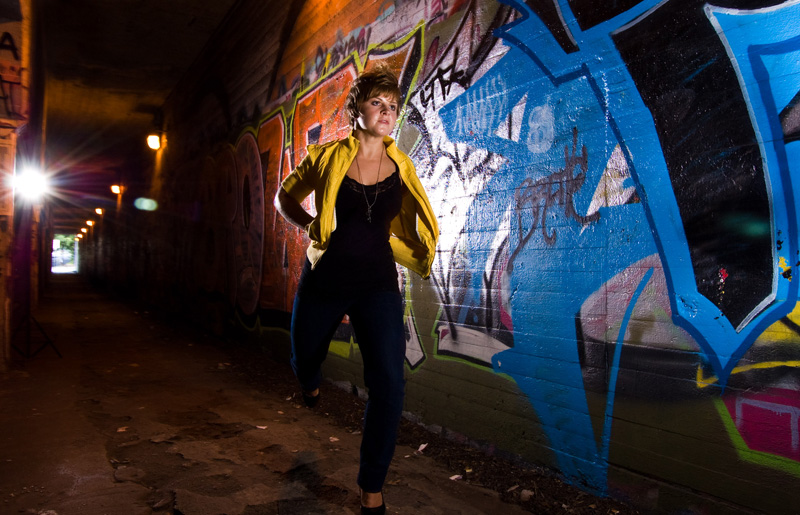 “My main goal with the Krog Tunnel was to not shoot at the entrance like everyone else does – and then also actually get the inside of the tunnel in the shots – and not just the graffiti’d walls. Because yeah – the walls of the tunnel are cool and they’re a nice ‘background’ – but many of the photoshoots I’ve seen down there don’t light up the tunnel the way I would. I could say as well as they should – but really, they just don’t show the tunnel. So all you usually end up seeing is someone posing at the entrance where there’s enough ambient light – might as well just take a picture, blow up a print as a background and shoot it in your studio. Still. I’m generally happy with these shots and I learned a lot from this shoot thanks to Clarissa and Brittany – of course… still lots to learn as you can see from the photos.” (First Model Photoshoot September 2009) 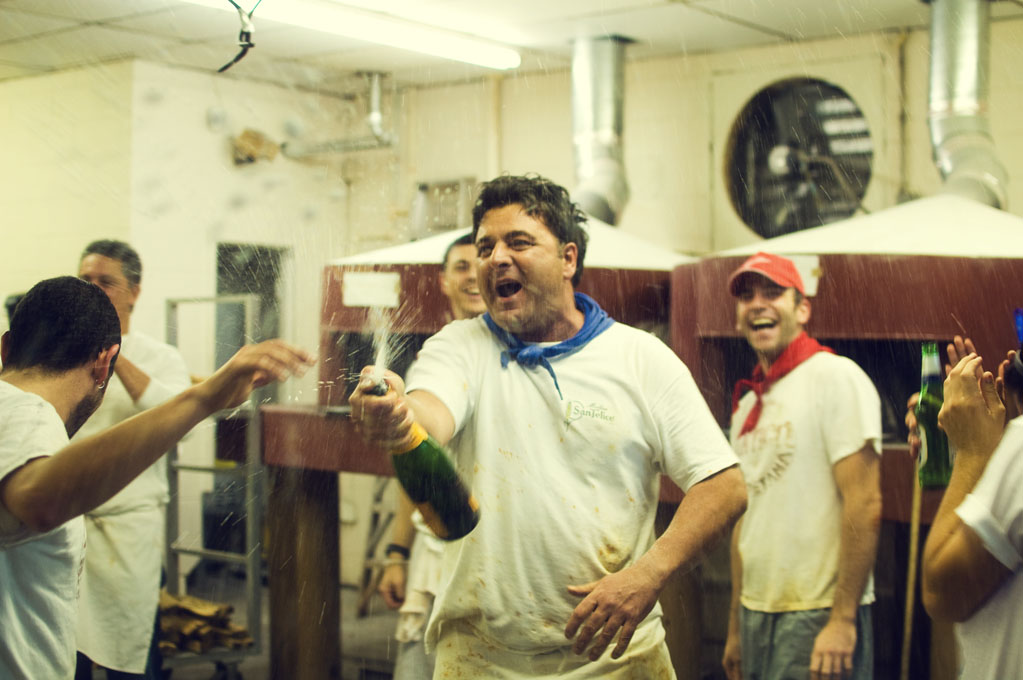 “Near the end of the night the owners lined up the staff and spoke a few words – specifically about the guys he had brought over from Naples – to cook pizza! Conveying his appreciation for them and the sacrifice they had made to leave their families and come here to Atlanta – and after seeing these guys work back there during the dinner rush to the end, you kind of understand why the owners went to such great lengths.

So although I had already put my camera away, when he started talking I could kind of tell it was going to be something special – and you know, I stopped shooting food/restaurant photos a while back but I had a feeling that some shots were about to come up that no one else was ever going to be able to get.” (Always have your camera with you, November 2009) 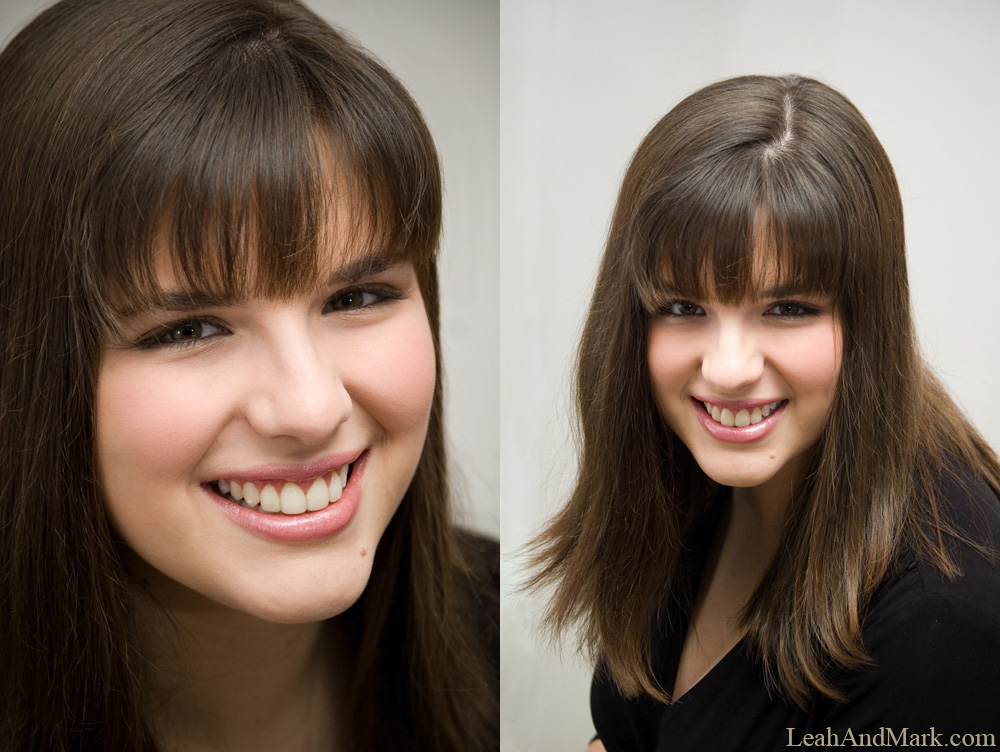 “Of course – these photos don’t show everything. They don’t show the part where I forgot some of my gear – some seemingly very important items. Once I got into the house and put my stuff down, I realized that I had forgotten to bring my shoot-through umbrellas – they soften the light and make it… better. Sure I laugh now – but at the time I was FREAKING OUT in my head. I can’t shoot her with bare flashes! They’d have to be like 5 inches away from her face and even then who knows!

Of course you can’t let the clients see that. Ha! I did go back out to my car and checked to make sure – and then freaked out some more while I stood there in the cold.” (First Headshot Session January 2010) 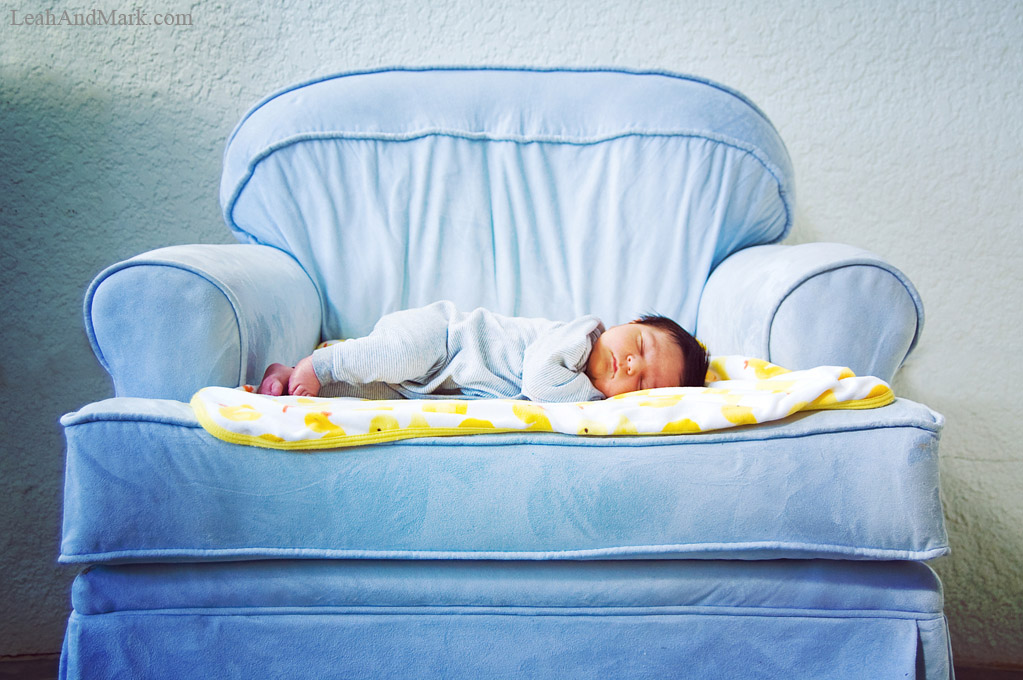 “And I’m glad I did.  Because I’ve also learned that when Mark gets a vision of the shot he wants, he usually gets that shot, and it’s usually something pretty awesome.  Plus, not only did I get to move furniture, I also got to move Baby Adam, and that means I got to hold Baby Adam and smell his precious, lovely baby-ness and touch his soft little baby skin, and Baby is a drug I am totally addicted to at the moment.  So I got my fix, and Mark got his.  And Adam was a jolly good sport the whole time we clicked away with our cameras and moved him from one position or piece of furniture to the next.” (First Baby Session, March 2010) 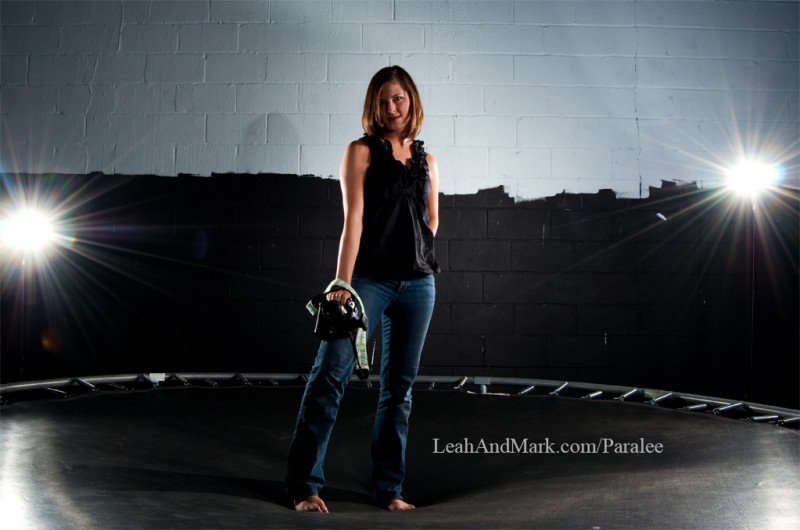 “These are our interns. They’ll be with us for 3 months, shooting at least one photo shoot a week and blogging at least twice a week. They’ve decided to put themselves out here in a public space for everyone to see their development – and we’re on the line here, showing everyone whether or not we know a thing or two about photography – but more importantly, whether or not we can convey that knowledge to others. Because this stuff isn’t top secret and we want to share.” (Season One Intern Night, May 2010) 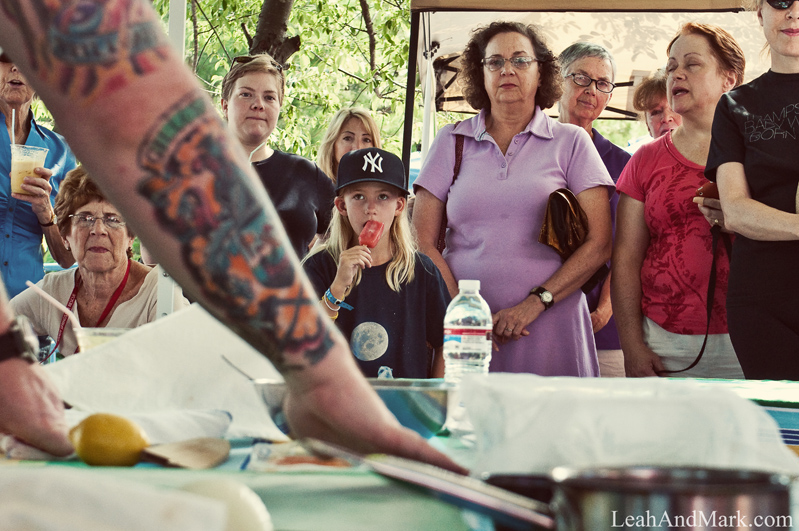 “I still get a little nervous before every photoshoot. Until I start shooting, I have no idea how things are going to turn out. But I don’t rely on the photos to save me. I give my insecurities space, just a little. I like feeling nervous, it gets mixed in with excitement and as an artist I really think you need to welcome uncontrolled impulses. Especially since so much of our daily lives are often measured and controlled into a grey middle.

Of course – I give my insecurities space in my head because I also beat them into f*cking submission when it comes time to work. When it comes to insecurity, I literally say to myself “F*ck that, I’m going to make some beautiful photos.” (July 2010) 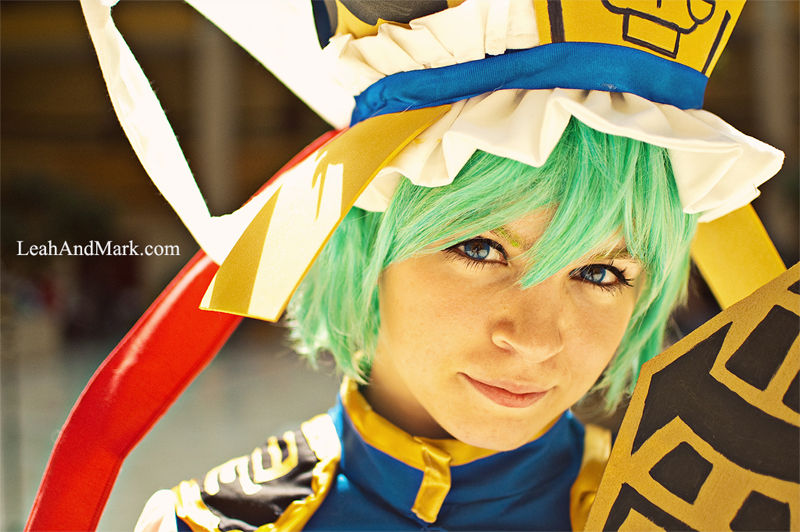 “I took a step further and went only for headshot-type photos. Because I need practice.

Because one day I’m going to be presented with an awesome photographic opportunity – and one of my worst fears is that I’ll waste it; that I won’t be ready skills-wise. So everything, and I basically mean everything these days is practice for some unknown shot in the future.

So I asked people to look right here, right into my lens. In a public setting – many starting photographers tend to shy away from interacting with their subjects, preferring to shoot from the outside, across the room, stealing looks and shots. If you can’t stare people right in the eyes then you’re always going to miss connecting with your subjects. I’m not saying stare them down – but you need to connect with them on a level without the camera between the two of you.