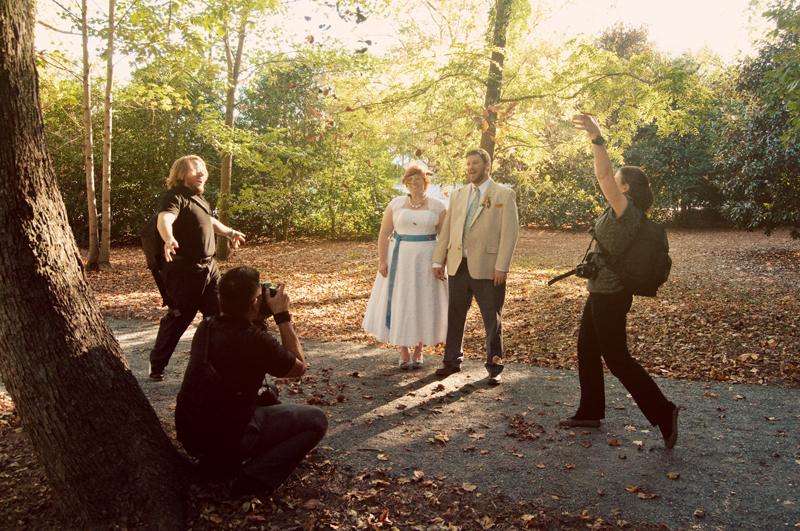 We just finished selecting our Interns for the November-December-January term, and wow, the applicants were seriously awesome this time. I’ve said it in previous posts – but we don’t just select the ‘best’ or ‘most interesting’ people to work with us – however it’s always a difficult choice.

Since this is the third time we’ve done this – we also have a better idea of what we need as far as commitment, availability, and attitude – but even those aren’t all that we look at. For some people this was their third time applying, and others their second time. We did take on two ‘third-timers’ – but applying over and over again doesn’t guarantee you acceptance. In fact – it’s even HARDER for you. Because we look at what you’ve done since your last application – and we really look at what you’ve been working on.

I live and breathe this stuff – and we’re now in a position where we can choose to work with others who are just as insanely passionate about photography – so we really aren’t going to work with anything less than that. 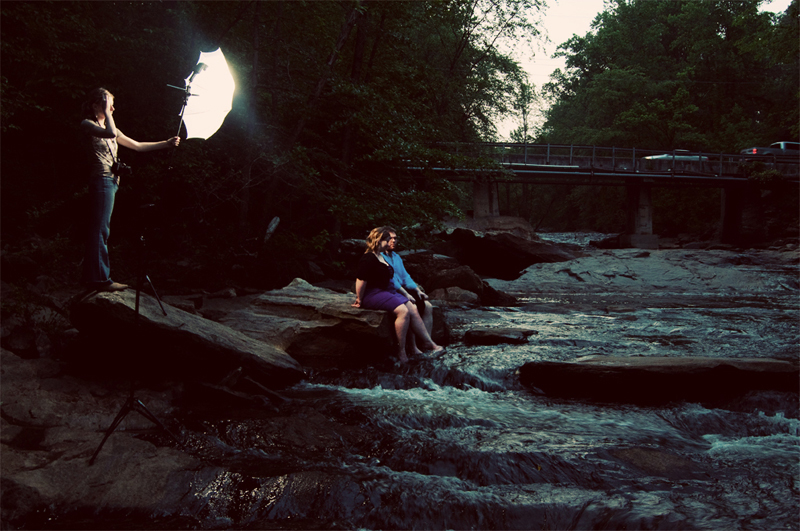 This is the link to our online ‘Portfolio’. We haven’t updated it in a long time – but all of the photos were taken with our entry level Nikon D40’s. Even though we’ve since upgraded – we keep that portfolio posted because it reminds us that it’s not really about your expensive new camera. About half of our interns honestly have better cameras than we do – but we don’t hold that against them ðŸ˜‰

Actually – while it would be great to say that we ‘teach’ them a lot about gear and technique – the truth is, I’m most proud of the confidence that we’re able to develop within our Interns:

For my first paid gig outside of portrait work, and my first real gig where I was able to really use my knowledge gained during my internship, it was amazing. And I can’t credit Mark enough. Not only for passing the shoot along to me, but for instilling the confidence and giving me the knowledge to really crush it. Without this internship, and what I’ve learned from Mark, I would have never been able to do as well as I did. – Intern Chris

And an inner strength to overcome self doubt: 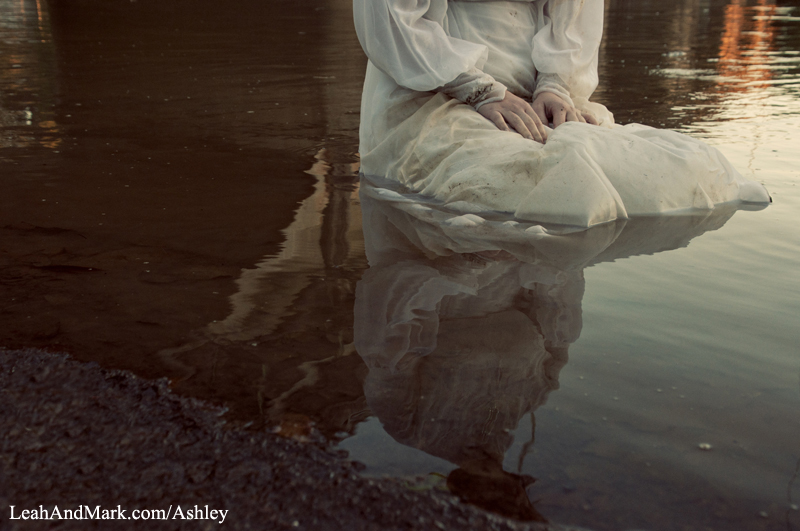 There’s this cold-sweat-sweaty-palms phenomenon that occurs before every shoot for me, and it’s heightened when I’m shooting an event for LeahAndMark. My thoughts sometimes get the best of me –  Woah, did they just trust me that much? Do I even trust myself that much yet as a photographer? And then I fight back. – Intern Ashley

Or making them think I’m actually pretty decent at this lighting stuff… and they can do it too. 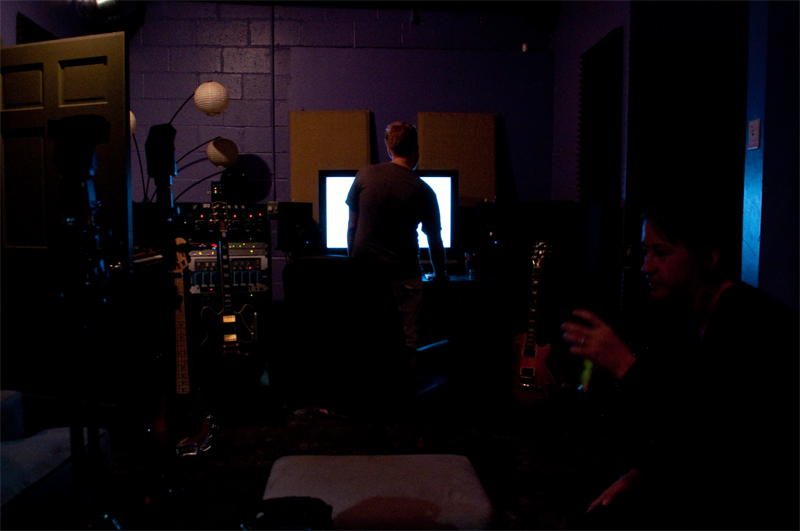 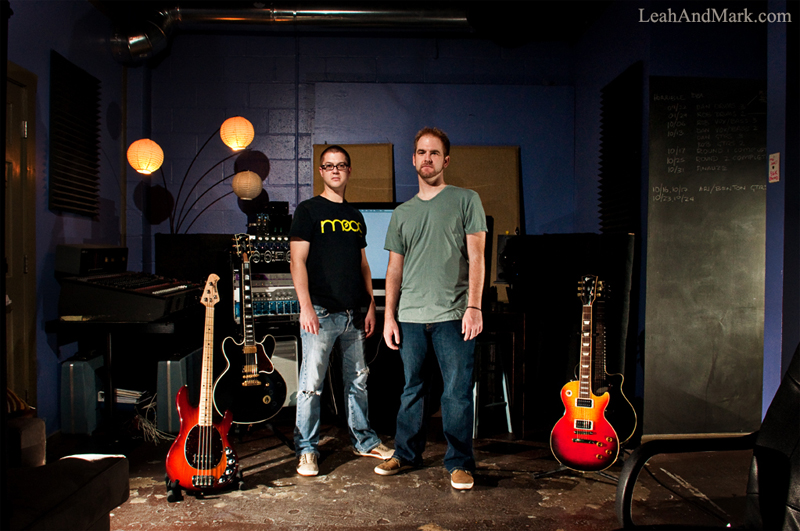 I’m still in awe of Mark when he starts whipping out the lights and setting them up just so, always a different configuration at different heights on the stands and in different spots in relation to the people, and I like to think I’m picking some of it up but in reality I’m more often just standing there slack jawed. – Intern Maigh

And I’ll admit – we do take some amount of pride when we see our Interns post shots from a breakthrough session – where the photos are a step or leap up from anything they’ve photographed to that point: 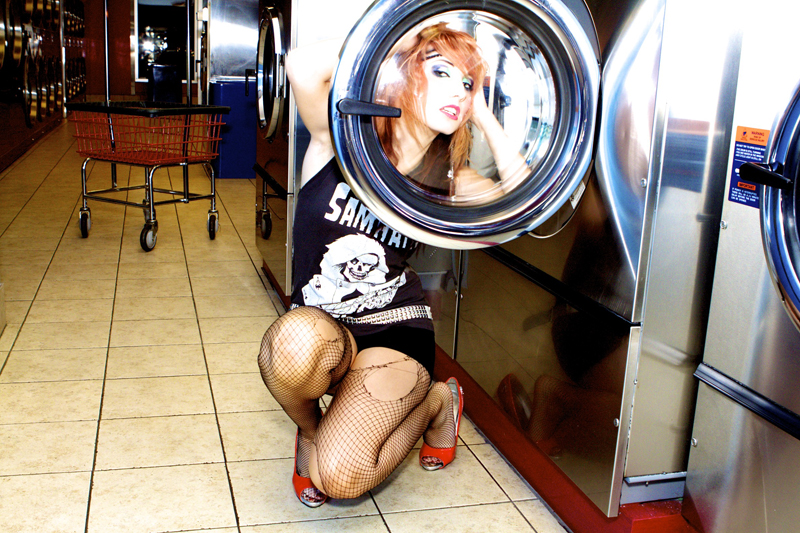 The words of Mark echoing through my head”make an epic shot”  guided me through this session. I kept thinking, “fore ground, middle, back ground”, “shoot wide”, “move your body, not the lens”, “make purposeful compositions”… – Intern Brook 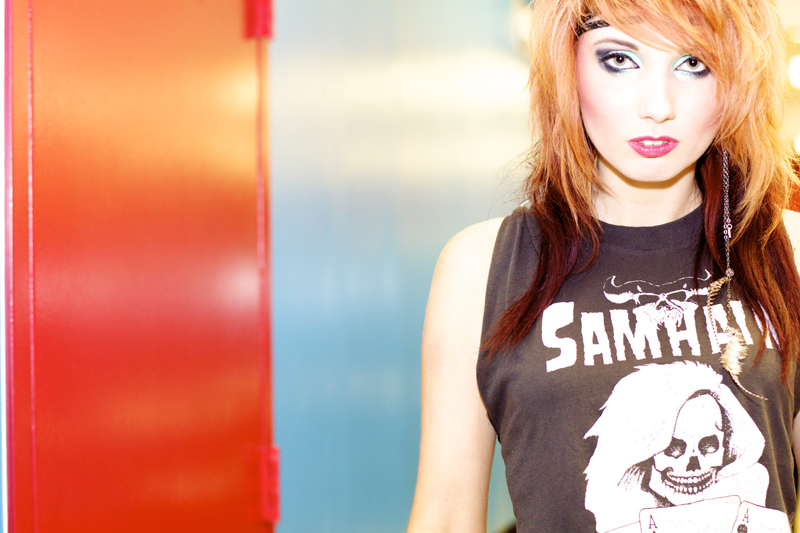 It’s tricky though. I’m still learning how to teach, and guide, and generally… lead. We joke about our ‘Intern Army’ – but it’s true – because it’s less of a ‘school’ or training program – and more like… a facilitated, but self-directed photography boot camp.

We accept photographers at all levels – some with photography degrees, and even some who are currently making a living off of their photography – so as easy going as we are, we take this stuff seriously. We have to take it seriously when people are actually MOVING to Atlanta from out of state to be our Intern, or commuting from the far edges of Georgia, or the possibility that one day one of the people from Belgium, or Russia, or Argentina who apply for our internship – will actually make the trip. That’s insane but not beyond the realm of possibility.

If you had asked me a year ago if I thought that we’d be where we are now… the truth is… I might have said yes. Because Leah and I both understand that our realities aren’t the same as everyone else’s. It’s a hard fight – but that’s the way it is. 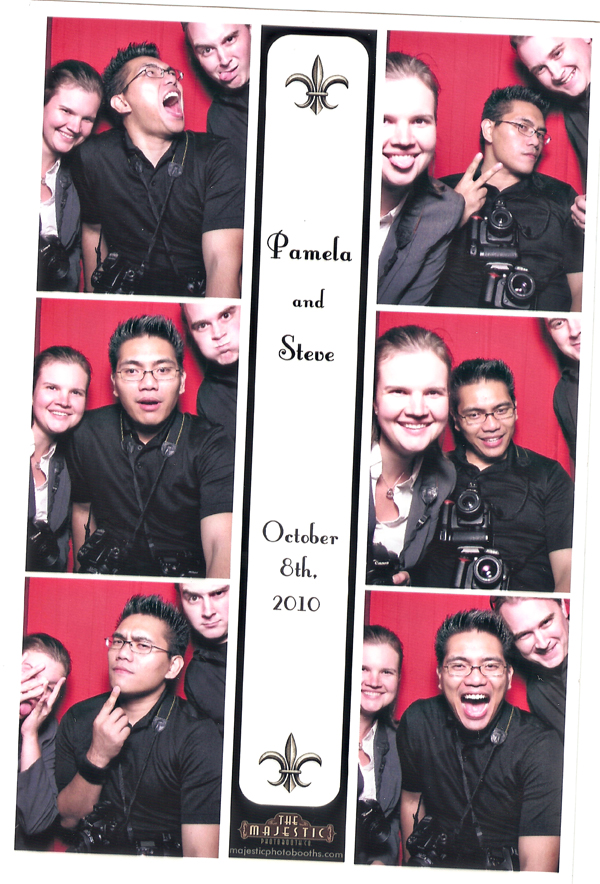 Even though we have a lot of fun working with our Interns – it’s getting more serious these days. We’ve begun handing off paying gigs to our Interns when we’re already booked – and when they’re ready for them. I’m ridiculous enough to just believe that I’ll always succeed on a shoot – and no matter how hard a shoot may be – I’ll work and fight until the very end to get my shots. Most of our interns aren’t like that when they start working with us.

There’s a lot of pressure for the Interns, and for us – because referring our Interns to someone else for a paying gig means that we’re attached to those photos – and our Interns cannot fail. Sure, we can gloss over things and say that it’s not a big deal – but the fact is – they’re on the hook, and they can’t fail. And if they do fail – it’s okay – because in the end, everything is not on their shoulders, it’s on mine and Leah’s – and that’s a lot of responsibility. Because we don’t throw our interns under-the-bus, Leah and I take the hit if there’s one to take.

And we do this because we know what it means to have someone really believe in you.

Honestly? We regularly put them in positions where they have little choice but to succeed. This really isn’t a hold-your-hand type of internship.

Here’s some starter settings, here’s how to make adjustments, and I hope you’ve been paying attention to everything I’ve said and everything we’ve done – because now you have to go shoot on your own – and win. 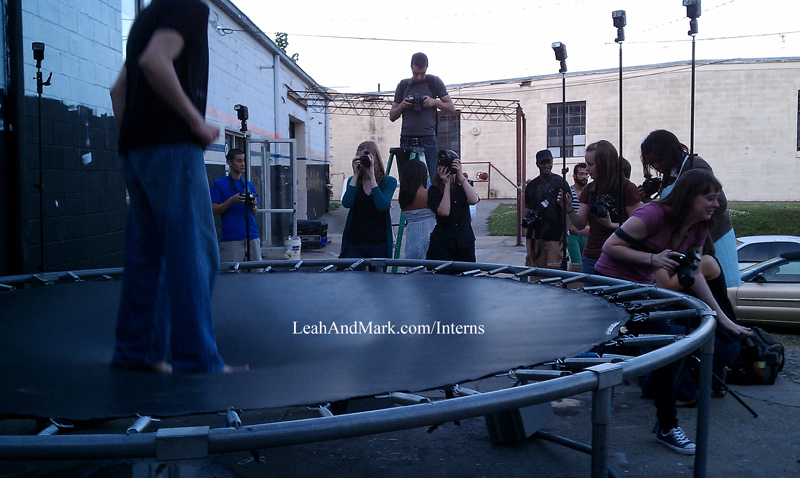 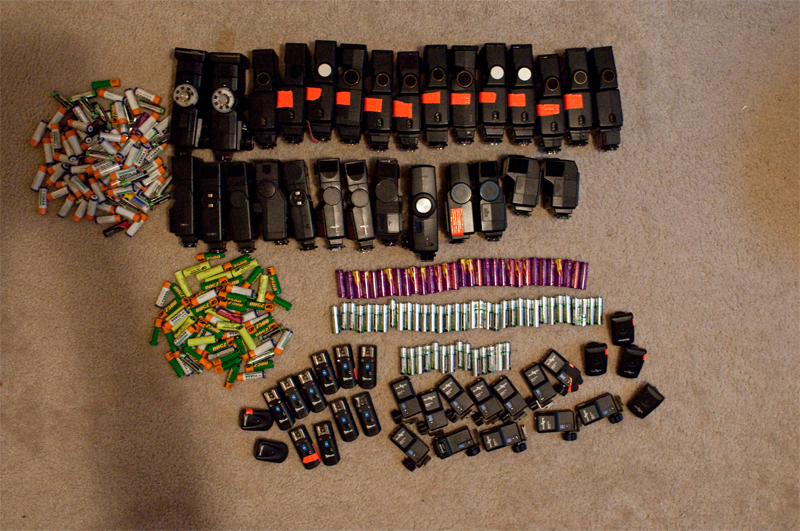 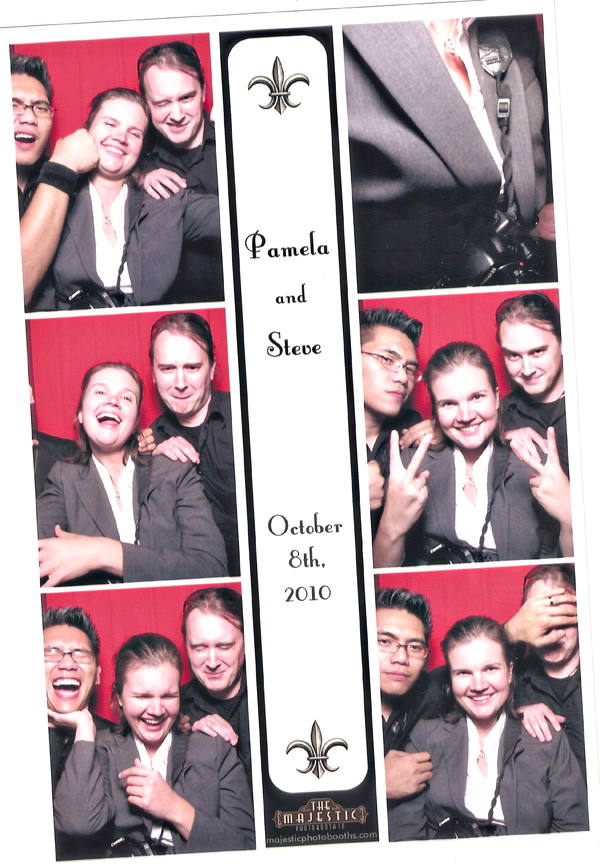 Tomorrow night is our Intern Graduation/Introduction night where we transition from the current set of interns over to the new class. Check back here on Friday to see our New Interns.

One Reply to “Intern Selection & Experience”