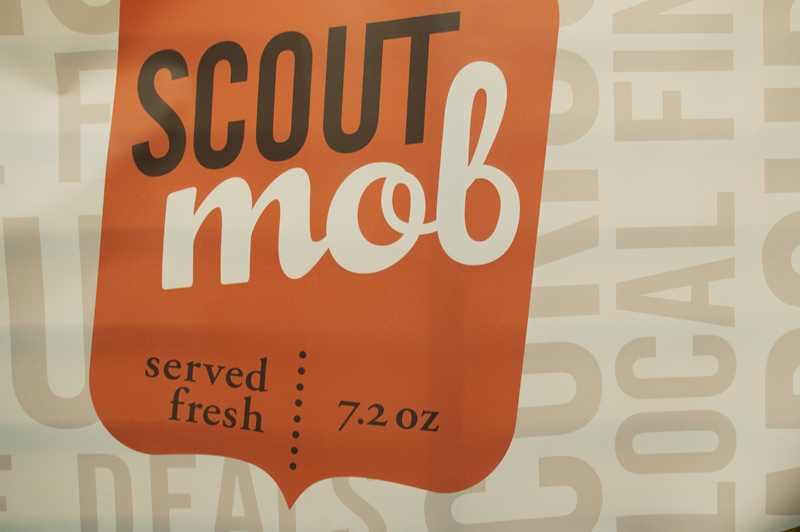 (Psssst – we’re looking for Photography Interns to work with us on Weddings, Events, Family Portrait Sessions, Model Shoots – basically everything and anything we do – CLICK HERE to find out how to apply.)

Last night we photographed the Scoutmob + HowStuffWorks.com Trivia party at Five Seasons Brewery! For this event, Leah came out to shoot and we brought along Intern Deborah. We were lucky enough to have an awesome, awesome sunset – and just really good light to work with for a few hours – and then it turned dark and we brought out our big light bulbs.

(Check out the wide angle – Click on the Photo to see it larger.)

Okay – they’re not really light bulbs – but that’s kind of what I call them since the basic idea is to turn a regular hotshoe speedlight, into a big overhead lightbulb that illuminates the outdoor space. Because we were on the patio and as great as it is to have mood lighting in general while you’re partying – that sucks for taking photos. So a long time ago we devised a way to use off-camera flash, without shooting it right into people’s eyes.

Last time we used it was at a wedding reception in a small restaurant – but this is what the setup looks like: 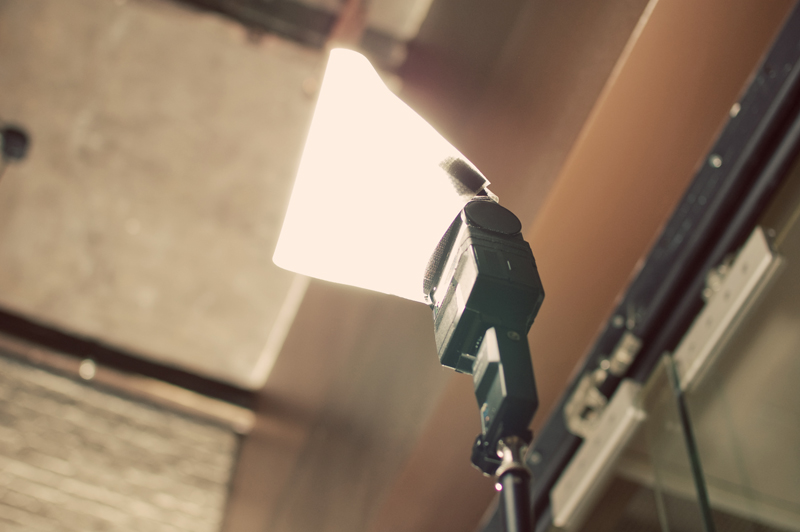 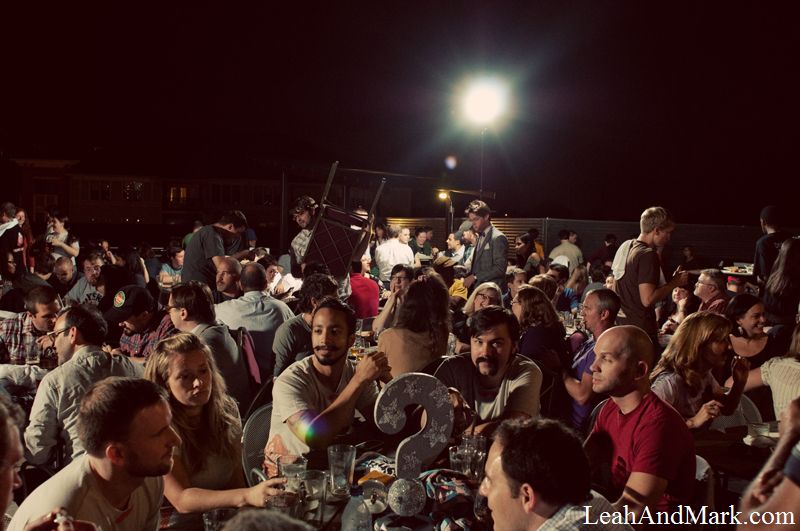 But if you know us – we really dislike on-camera flash – so unless we can bounce light off of a ceiling or wall – y0u won’t see us using big white tupperware diffusers like most event photographers. In fact… I think we’re the only ones out there that are crazy enough to use this setup instead of just shooting with a flash on our hotshoes – but hey, there’s no way you could ever get a crowd shot like this with the flash sitting on your camera.

Still. This event was a lot of fun to shoot – and we even played around with the VIPs while we were shooting them – such as asking them for more robot! 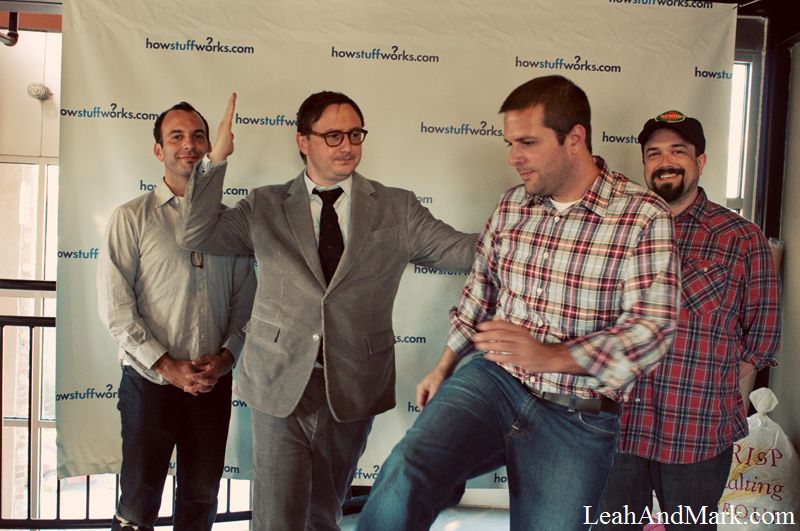 Or to just come at my lens! 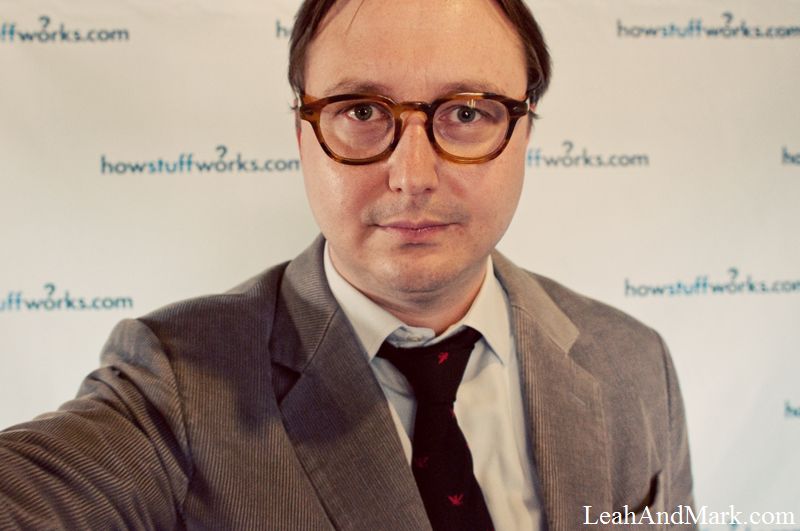 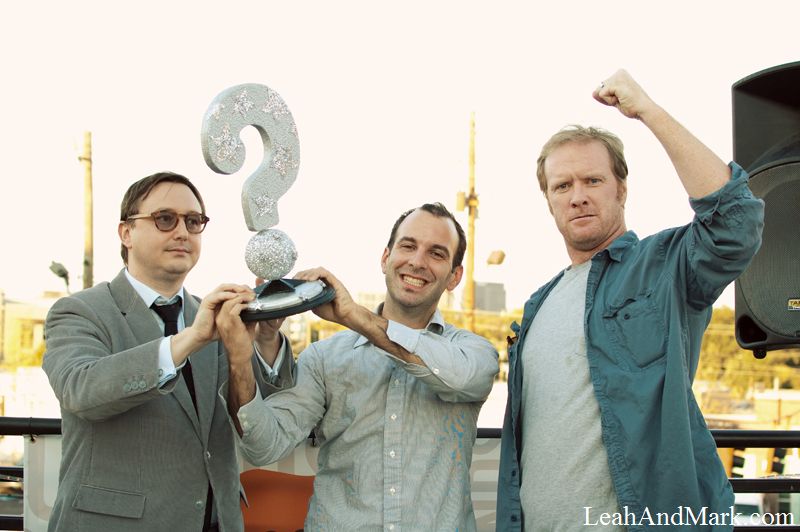 That’s John Hodgman of the Apple commercials – in the middle is Joe Randazzo of The Onion – and on the right is Dave Willis of Aqua Teen Hunger Force.

Check out the Full Gallery, HERE. 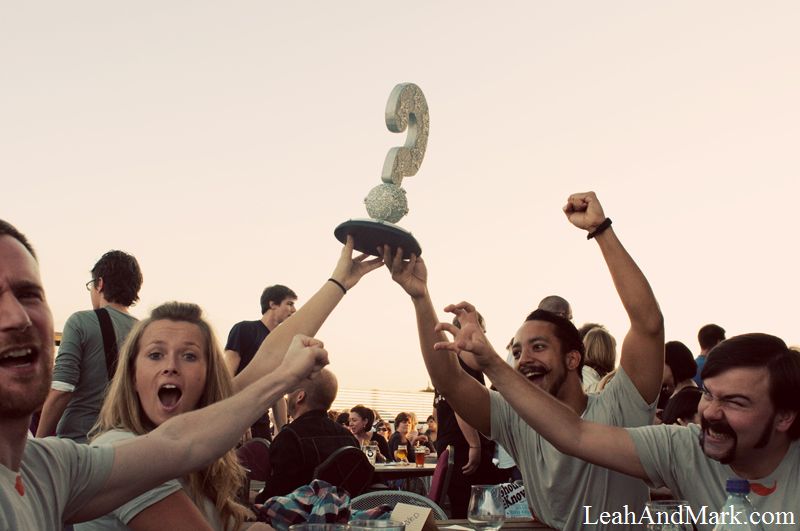 One Reply to “Scoutmob + HowStuffWorks.com”