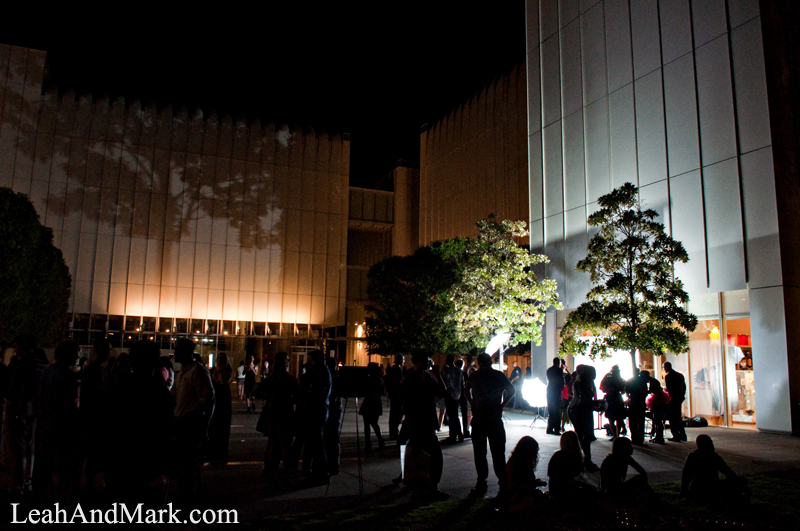 A while back while Leah and I were in Indiana photographing a wedding – we had Alumni Intern Paralee take on the role of Lead Photographer for our photobooth at the High Museum during the opening night of their Salvador Dali exhibition. She brought along a few of our new interns and managed the entire gig for us. The photos were Awesome.

Last Saturday evening, Leah and I along with Interns Kristen & ChrisL photographed approximately 97 sets during our photobooth setup at the High Museum’s College Night for the Salvador Dali exhibit. We had other interns scheduled to also work the event – a few confirmed and a few were maybe’s – some cancelled, and some just never showed up. 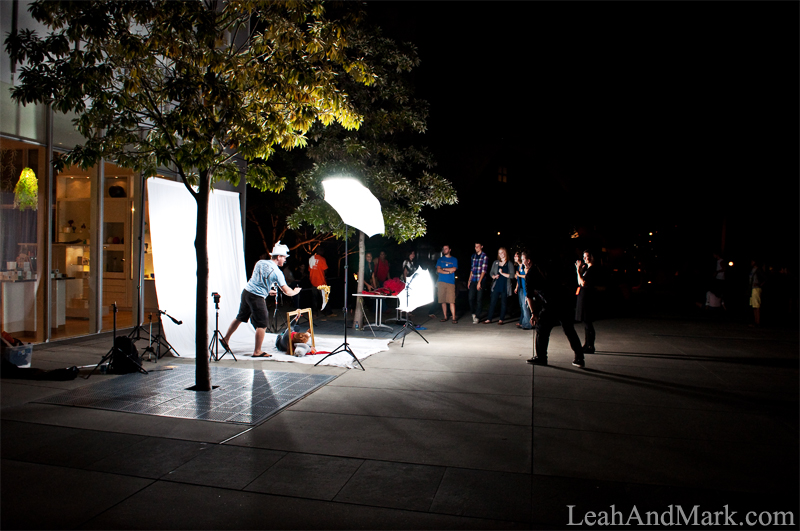 Fortunately, Kristen & Chris did an excellent job – such an excellent job that I had them photographing the entire night – while I walked around directing people and running them through the paces. Because it’s not enough to just say ‘okay, change it up’ or ‘give me something different’ – people will start thinking, which means they start standing there frozen and thinking – and telling them not to think inevitably makes them start thinking…

You have to actually tell them to move around, switch places, go. Go. GO. and generally give them a sense of urgency to keep the energy up. It’s only 3 frames and when the line backs up to 20-30 people deep, you want things moving along. They’ll usually have the 1st pose planned – but then they freeze when you tell them to come up with two more. You can’t wait for them to think about their next pose. They just need to get into it. 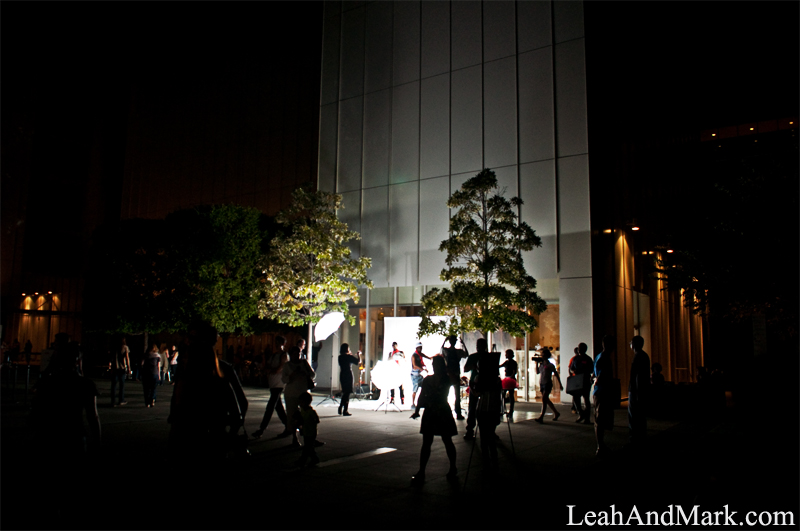 There is a lot you can learn when you photograph 50 different sets, one right after another – directing, reviewing your shots, moving people, checking light, organizing the line, moving the line along at a steady flow – but most importantly, practicing and developing confidence as a lead photographer.

We all have clients who aren’t comfortable in front of the camera – but if you can’t handle directing clients for 3 frames – how can you be expected to direct them through an hour of an engagement session, or work with clients who are really uncomfortable. The way we handle photobooths – with the level of direction and interaction is one of the ways we learned how to effectively direct clients/models with confidence. This is something that all of our Interns have stated they need more help with. It’s not always obvious what you can learn from working with us – but there’s always something to learn and we invite our Interns along for a reason other than to carry our gear.

You really want to get better at directing models/clients? – Try working a photobooth with us for 5 hours and running through 100 sets of people – especially the way we do it. Whether it’s actually directing clients, or just keeping the energy and excitement going. These photobooths are practice – and these skills might come in handy when you have 23 minutes to run through all of the formal photos of 30 family members at a wedding, shooting multiple combinations. We’re good because we shoot a lot and we learn from everything we shoot – and then we apply it to everything else.

Check back later this week for the gallery of photos from College Night at the High Museum of Atlanta.