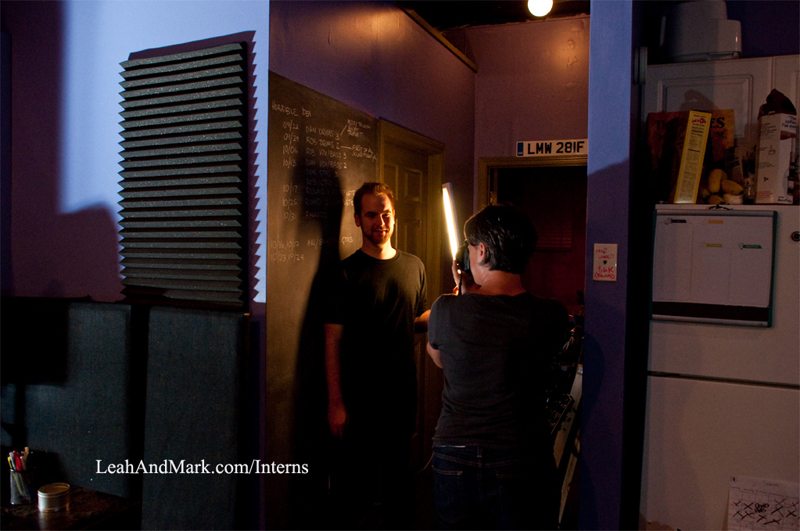 A few weeks ago I told all of the interns that I was open to accompanying them on their shoots – helping out with lighting, offering ideas – but they had to do all of the legwork as far as finding  the gigs, whether they were paid or bartered (because hey, free is great when you’re doing this as a hobby – but our interns are trying to make some that transition over to paid work ya know?) In the end though – the general rule is that for ‘free’ work – it either has to be a barter deal, or something that really interest us – not just free because it’s a friend.

I benefit because hey – I’m still learning – and what else am I doing except photography work? When you live and breathe this stuff…. it’s all good. All of it. 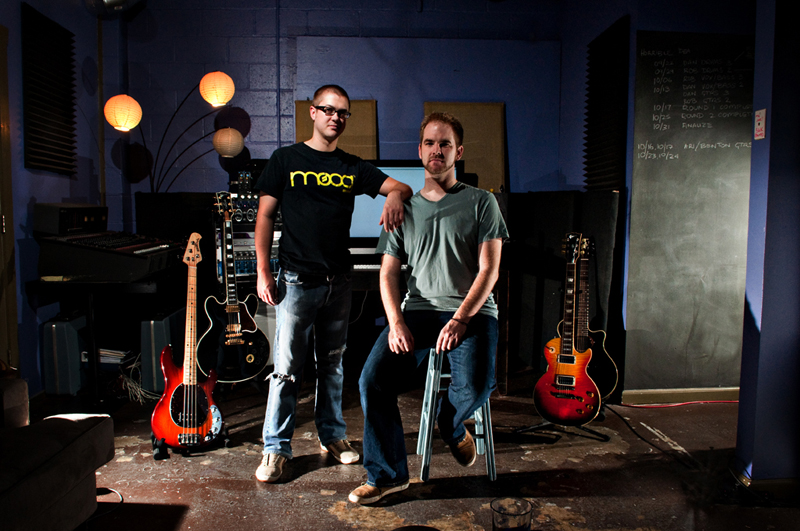 Mistakes in one shoot teach you to look for those things in the next one so you don’t repeat them. Now if you read Intern Maigh’s post – she describes how I walk into a space – look around, see the shots in my head – and start pulling out lights and placing them around the room. Since I’m all about environmental portraits – it was important for me to photograph these two in their space – the Wizkid Sound studio. Now I don’t like to rush – but I don’t really like spending an hour for one shot. The shot just above and in the main header actually took Four lights – all off camera flashes. Two of them are obvious, and two of them probably aren’t so noticeable – because all of the light looks as though they’re coming from those two main light sources you see at left and right. Four lights.

Looking back and looking at these photos, there are adjustments I wish I had made – but that sort of stuff can drive you crazy if you think about it too much.

The shot below was taken with light only from their gigantic monitor. It’s the shot I wanted – but it’s not lit the way I wanted. So we went to work. 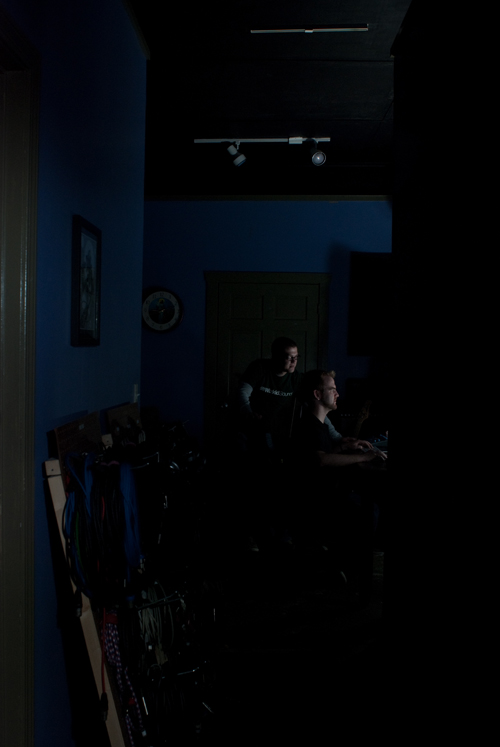 The shot below required Three lights. We had one placed in front of the monitor – to act like light coming from the monitor. You can see in the shot above that their legs and everything below the desk is in complete darkness. So we placed another light down at their feet. Finally – there’s a row of cables hanging on a board there against the wall in the hallway. I wanted that as the foreground element to give the shot a little more dimension and give the feeling of a work space. I actually have a light coming down from over my shoulder, modified with one of my Ikea cabinet liner diffusers aimed at those cables.

And I love it that you can clearly see Wizkid Sound on his t-shirt. 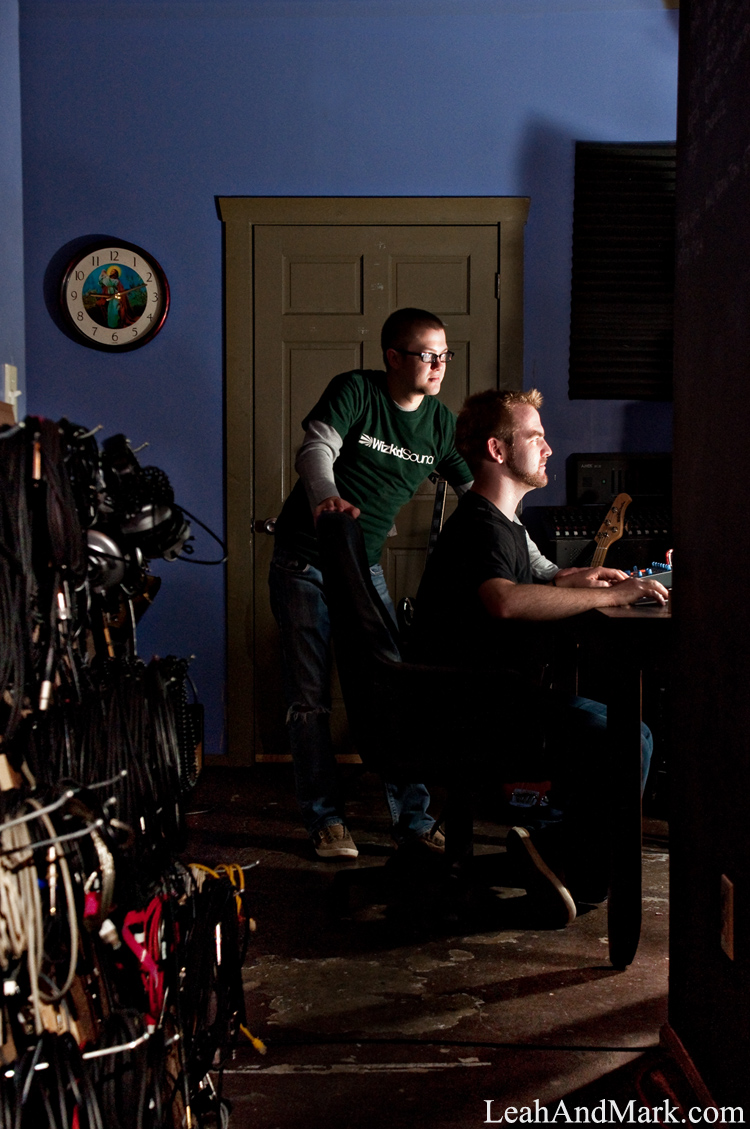 Those were the two main shots that I lit. I let Maigh handle the closeups – but I wanted to give her another shot at getting one more round with them. I asked them to turn on every light in the space so that Maigh could shoot at a lower f/stop – and get some of that fun depth of field blur going on.

That’s when Robert pointed out that they had one more light in the kitchen. I grabbed it, turned it on and… hey, I like this light. But I didn’t know how it really behaved so I turned around and told Maigh to take a picture of me. I had to see what it looked like and if we could work with it… and you know – as hard as we worked on the lighting for the earlier shots – this was one of those ‘Aha – so simple’ moments. Because really – this random light that we happened to use by chance added a set of photos with a look that we couldn’t get earlier. 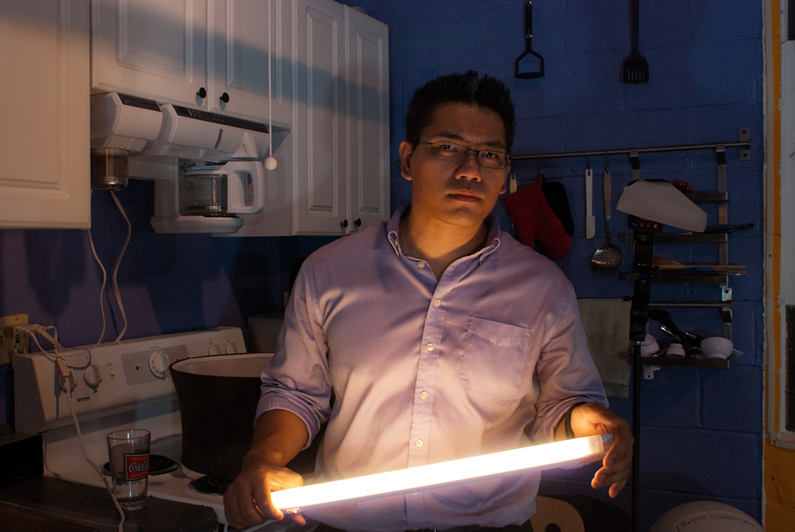 The shoots that I’ve done with Maigh have been the most technical as far as lighting and specific setups. Partly because she’s got awesome clients that need really great photos for use in promotional material – but I find myself wanting to step up to the occasion. Now Maigh will make my process sound a little more miraculous than it really is – and that’s nice – but the truth is that I’ve developed a workflow so that I can create shots without having to feel inspired.  How’s the saying go? Amateurs wait for inspiration, Professionals get to work.

It’s something I hope we convey to all of our Interns. 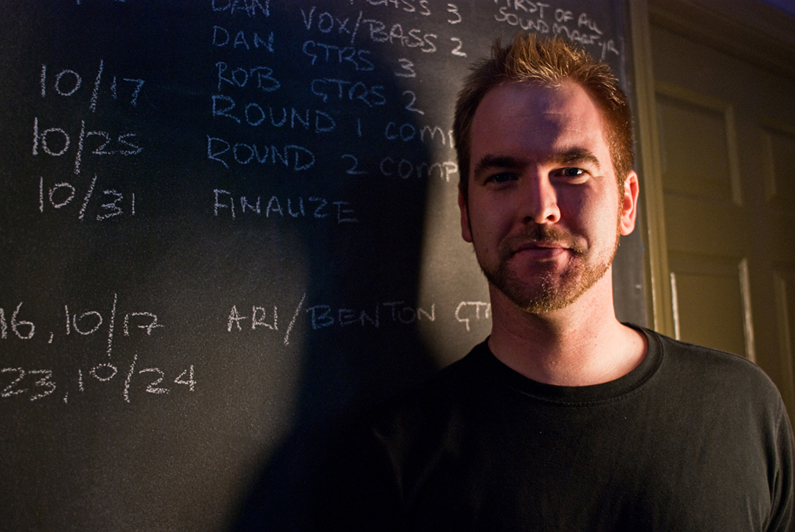 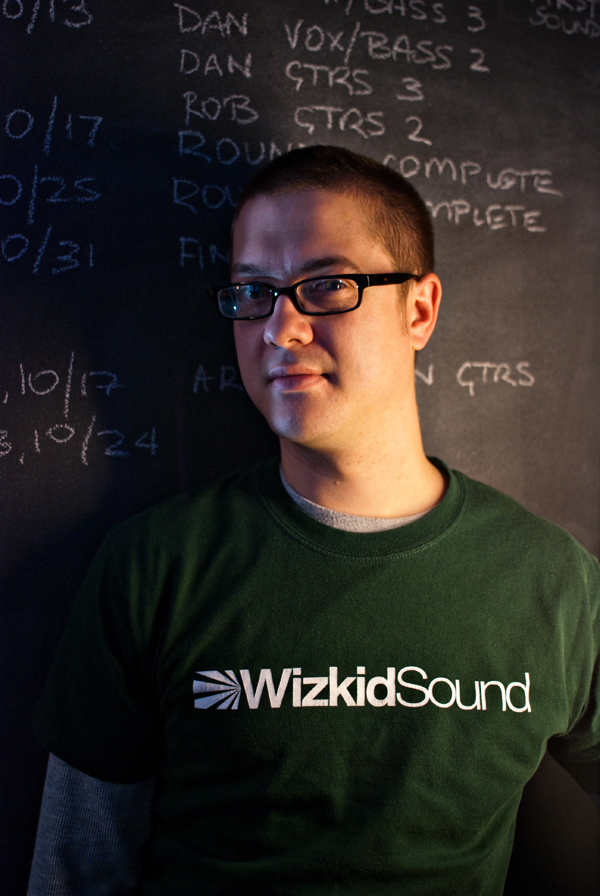