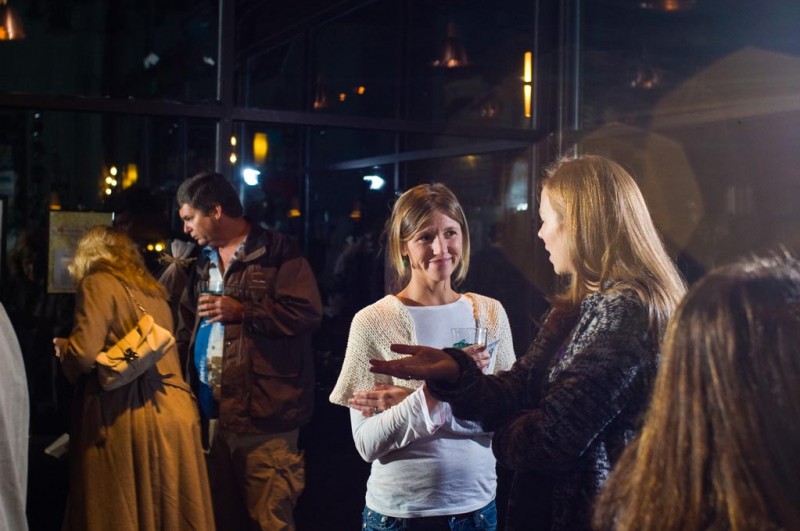 We were hired to shoot a charity event for EARTH University. Straight from their website:

EARTH University is an international institution created out of a deep conviction that the environmental and social challenges confronting the planet can be resolved through education that promotes science, technology and entrepreneurship while focusing on essential human values, leadership and a commitment to social and environmental service. EARTH offers an undergraduate program in agricultural sciences and the rational use of natural resources leading to the licenciatura degree. The campus is located in Guacimo, Limon Province, Costa Rica.

It was held at the Sweetwater Brewery and we felt pretty confident that it we wouldn’t have any problems since I had already shot a Yelp event there before. And it really wouldn’t have been any problem at all – except for the part where on every shoot I have to try something new, or at the very least, try something different.

This was also the first real event where Leah came along to shoot (since we finally got her a camera of her own.) So the first light set up really, really sucked. It just wasn’t doing anything. Then the 2nd light setup really sucked. That one was even worse than the first. But I still didn’t want to just go completely back to what I did the last time I shot at this brewery, so I had to find something else.

Now, the shots we took with the first two setups weren’t bad, they just weren’t anything different. They were safe… and that’s not why we shoot… 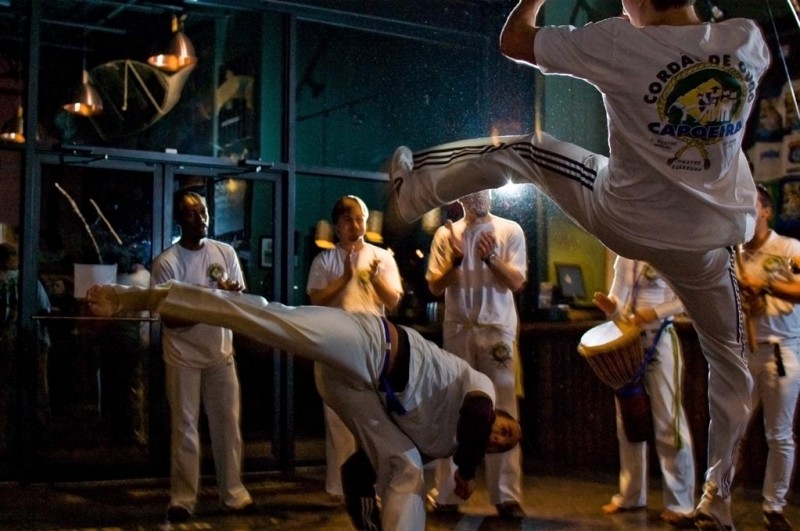 Since we aren’t shooting magazine coverage for the event, we don’t have to stick with clear, bright shots. Now, that may sound like a big obvious of course that’s what you want – but if you’ve ever seen the ‘people’ photos of any charity event in a magazine, they just want clear, posed shots of the attendees – so that people can be easily identified. We however, don’t always want that. In fact… I think we rarely want that. No just kidding. We want to see people’s faces – but we don’t want them lit in a boring way. 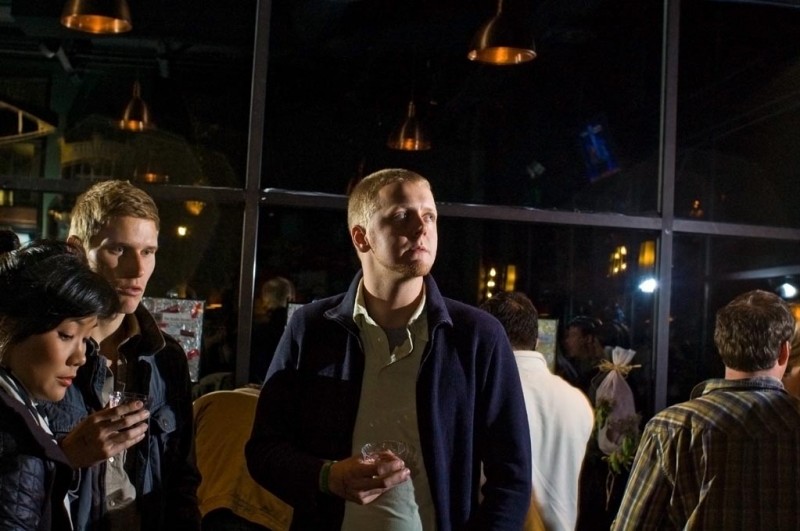 Since Leah shot at this event – we’ll have her write some of this entry – see below. 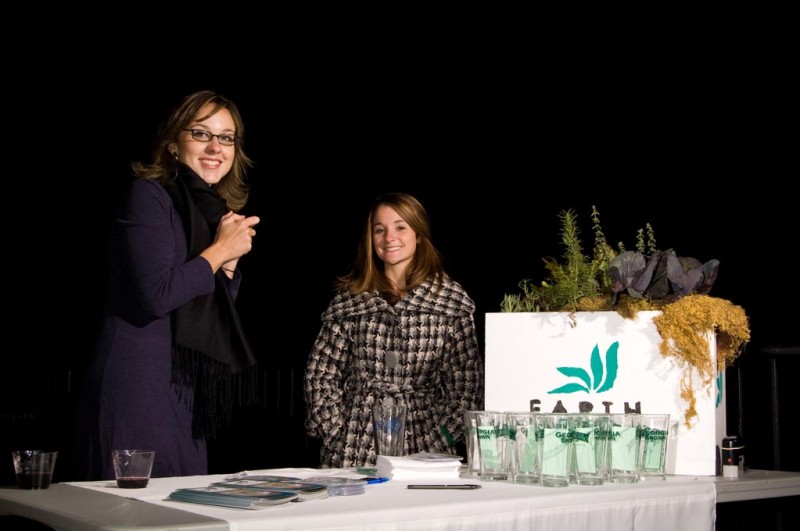 Hi it’s Leah!  Right after I took this photo, the lady on the left said to me, “Oh, so you’re the photographer?”  And I stammered, “Uh…well, not really… I mean, my husband is…but he needed an assistant, so now I’m taking photos, too.  He just started taking photos professionally, as well.  It’s a new thing. So yeah, actually, I guess I’m a photographer now.”  (I word-vomit when I’m caught off guard.) Clearly I’m not quite comfortable marketing myself as a photographer.  This is still so new to me. So it’s weird to be at an event as the official photographer.  But I guess I just need to own it.  Yes.  I am here to take photos.  Thus, I am a photographer. Even though I’m also in grad school for social work.  I can wear multiple hats, right?  So there you have it. One more shot from me below (because Mark’s not the only one who likes interesting light in the photos). Leah, signing off. 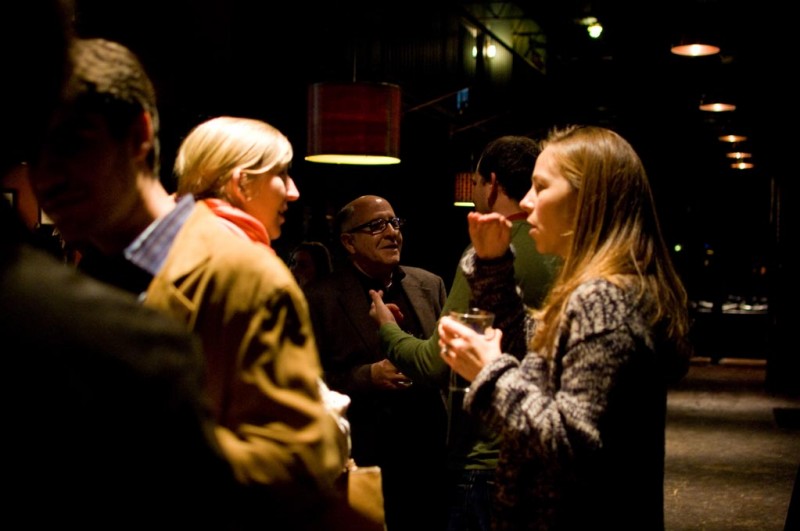 We took a break over Halloween weekend – but November is packed + we’ve scheduled some shoots just for portfolio building/practice/to try out some new ideas that we can’t do on a paid assignment. 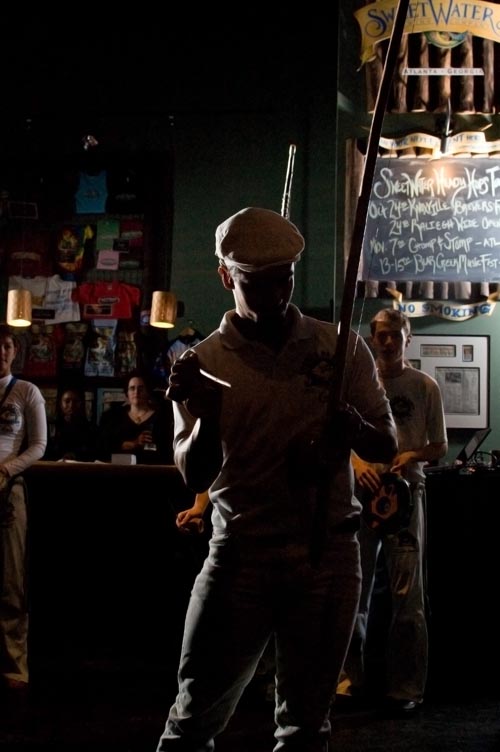