So. Since I’m basically shooting anything and everything at every opportunity – I signed up to be one of many photogs at a ‘fashion show’ that took place at a club… Not really sure what happened with the fashion show – but according to the loose outline of events, there was to be some photo session with models and expensive cars, and then a fashion show, and then a taping of a Photography Shoot-out reality show. (Basically, different teams of MakeUp artists, Photogs, wardrobers and models compete at… um, photo sessions.)

Since I’ve never shot an event like that before – I figured why not? So… well, it ended up being two Lamborghinis, a couple of models and about 30 photographers of varying experience… so you know that was  a train wreck for getting any good shots. I brought along my off camera flash and I added some modifications! I put on a diffuser and then a bounce card. Well, I cut a 32 ounce rubbermaid drink bottle in half, fitted it with double sided foam tape, and then attached the bounce with ummmm… Leah’s hair rubberbands since I didn’t have any real rubberbands lying around. I liked the way it worked. Oh. I also brought a lightstand which came in handy once I realized that I could use it. Again, everyone else had hotshoe mounted flashes or attached by a camera bracket. So I think my shots are mostly the only ones with lighting not from straight on. Wish I knew how to control everything better/faster. 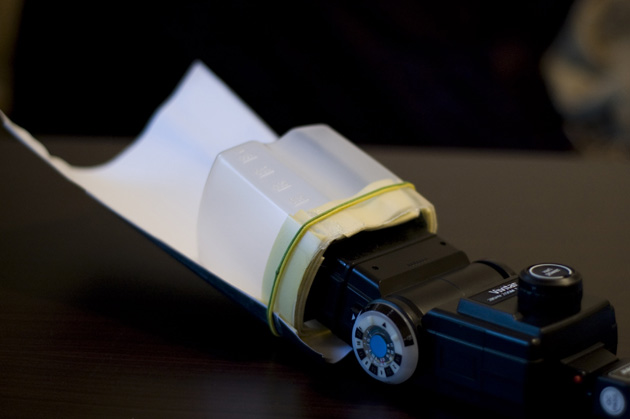 It was an interesting and long experience. I did get to meet two people in person that I had been facebook ‘friends’ with for a while now – through one of the actors I met at the fight choreography sessions for that small film I’m in. Her name is Clarissa and last night I met her sister Alona, and her friend Reagan who were there to try to get in on that Photography Shoot-Out show. Alona actually got herself upfront in one of the show’s opening shots so I’m sure she’ll be in that episode for at least a quick second. 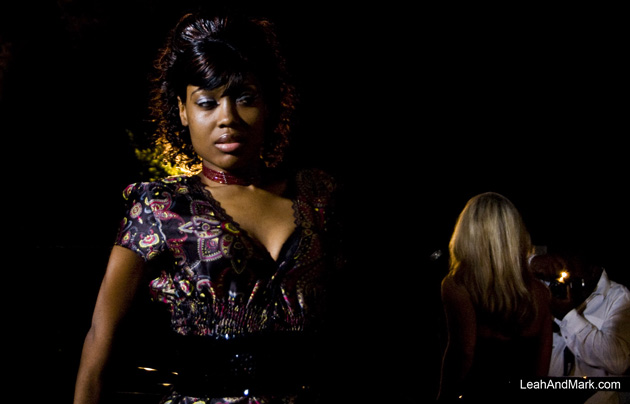 The light behind this model is the same lamp post that it’s flaring more prominently (on purpose) in those other shots. In fact, I really wasn’t getting anything usable until I met Alona, her boyfriend Andres and Reagan – and then had them pose for me – instead of trying to shoot the specific models in front of the cars with bad lighting (they were in near darkness and they were shiny – the cars not the models). And then all of sudden, it was like I had finally warmed up and shots were coming.  I was dragging my 7 ft lightstand around and in between people, probably looking like a weirdo newbie who brought his lightstand to this thing – ha, more and more I’m alright with it.

Still, I’m glad I went, it was good practice.

Shot a birthday party at roller rink today. That was more tiring than last night. Tomorrow I have a photoshoot with Clarissa down in L5P. That should be fun. I hope to get some good shots. It’ll be a nice change after doing these ‘events’ and having to run-and-gun shoot everything where I really only get a 2nd chance at a shot or else it’s all gone.