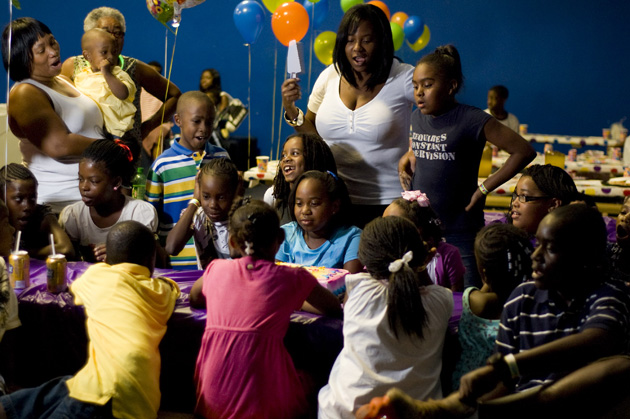 I was at a roller rink taking photos of a birthday party yesterday. You know, I thought that getting good shots at the club event I went to the night before was difficult – this birthday party thing was even more tiring. All those kids running around, not posing and the really bad overhead flourescents! At least complete darkness is interesting – but these lights… they made my eyes tired. I think each bulb was dying so they seemed to noticeably be flickering ever so – but enough that after a while my eyes were just really tired.

Brought along my light stand and my rubbermaid drink bottle diffuser + bounce card (see previous post). It worked well enough as far as lighting the space, but it was definitely much more harsh than I had wanted – I eventually moved over to just taking available light shots and then switching back and forth.

It was… an interesting experience. Alright look – we live in Sandy Springs now and this roller rink was all the way down in south Atlanta on Metropolitan. Not that I was bothered, but I always notice such things – like the part where I was not only the only Asian person there – but the only person who wasn’t African American. Me and some of the other people there did joke about it a little. I had a good time – like everything I’ve shot this weekend – it was good practice. The mother – standing there center in white – works in the cubicle next to mine so it was nice to be able to get some good shots for her and her daughter. Didn’t really have any time to do any formal shots that looked good – got some terribly lit photos with hard shadows on the wall – but I delivered a reasonable number of printable photos. 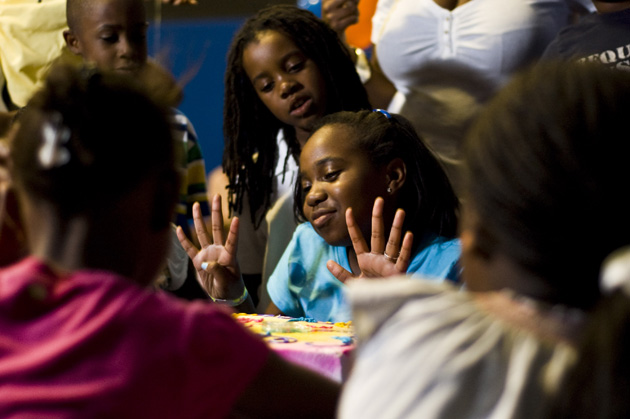 My model for that L5P photoshoot cancelled this morning at the last minute – but we were set to go – so Leah, always being my default model – decided to fill-in and let me take photos for the price of breakfast at Highland Bakery. I’m still working on trying to get soft light without a softbox and then also controlling ambient light. We didn’t end up at L5P but Inman Park. Here’s one. More tomorrow. 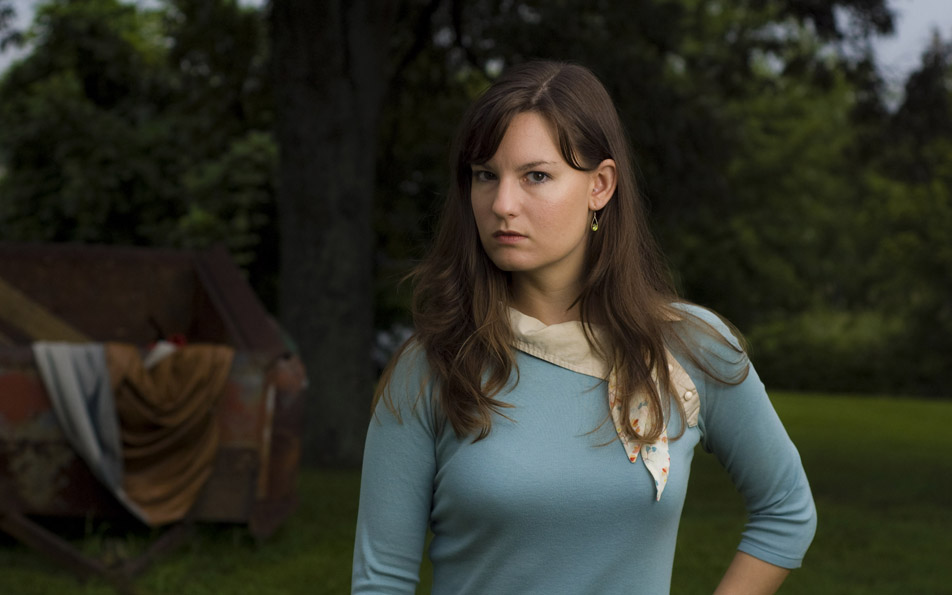