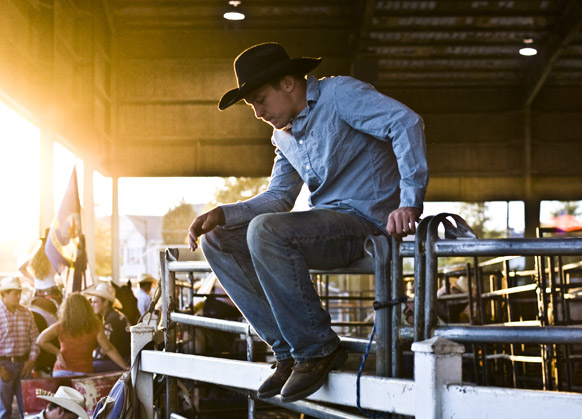 Went down to the Cobb County Rodeo and shot some stuff (they have them about every other month during the summer it seems). Got there around 730pm and the sun was still pretty high but dropping fast. It’s a relatively small rodeo so I was able to just walk around everywhere and pretty much shoot anything – and I’m not so sure the ‘official’ photogs that were able to get into the pens and the staging area got anything better, could be wrong though (as in where the riders get on the bulls.) Still. Glad to know that I can at least safely get one or two good natural light shots before I waste the rest of them with my off camera practice shooting. 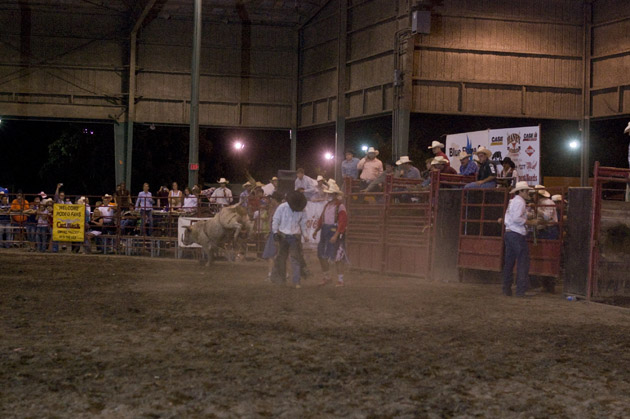 This is pretty much what the light looked like. Big bright football stadium lights hung from the ceiling aimed straight down, flattening everything. I had no idea if they were going to let me use my flash at all (that whole startling the animals thing) but I brought it anyways and once I saw half a dozen other photogs with big speedlights on their hotshoes – I set up mine. I brought along one light stand and my Vivitar 285hv and just put it on manual and tried throwing bare light. I had my 50mm f/1.4 manual lens (no metering) with me and that was about as close a view as I was gonna get. There were other folks like my friend Craft who had their 300mm zooms, but with a f/4.5 aperture, they weren’t really seeing anything. I would have liked to have had a zoom like that + my off camera flash, but you know, your best equipment is what you have with you. 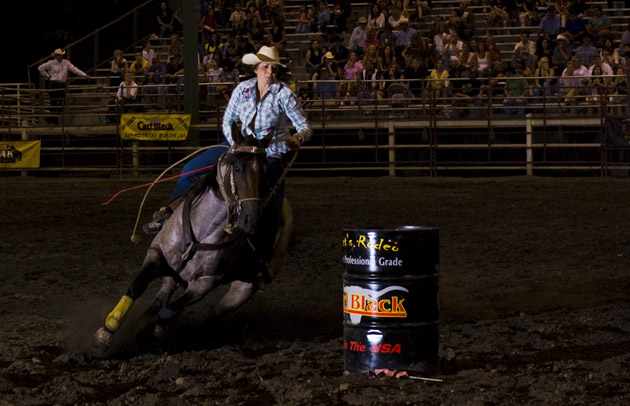 So with lots of trial and error since I haven’t tried to shoot like this in such a big space yet – about 130 photos in and halfway through the night, I finally started getting shots that were… almost acceptable. Things really picked up during the barrel racing. My setup is a triangle. The flash is 40 feet to the left and I’m down the rail to the right and the barrel is in front middle. Since all of the riders were passing the exact same point, I could set my manual focus for RIGHT THERE and then just shoot when they were in position. It’s a really harsh light and I darkened the ambient light a lot – but I wanted to see how much I could get it to look… kind of more dramatic and like a stage setup with a spotlight. Especially since I think that everyone else shot with either available light or with their flashes attached to their hot shoes.

(By the way, I’m hoping that it’s not my fault that half of the barrel racers knocked over that barrel that you see in the photo – seriously, half of the racers knocked it over and I know my flash was REALLY BRIGHT and in not only their eyes, but the horses’…) 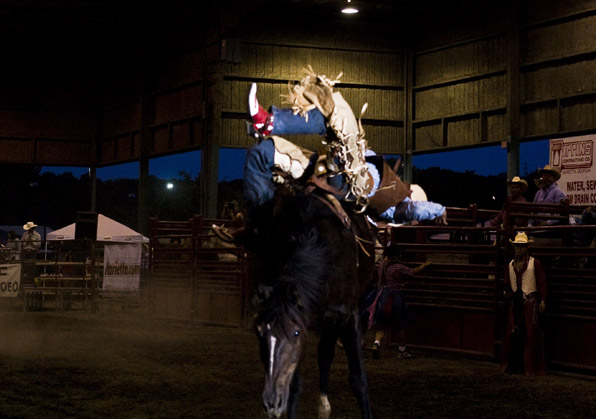 About halfway through I kept thinking to myself – well, if I can learn to light for something like this – regular photoshoots will be easy since I can control everything – even the sun (well, sort of.) So yeah, once the barrel racers did their thing and I got into a rhythm, it’s like everything started working. My cheap $30 radio triggers were firing with every shot, the AA batteries were recharging the flash almost instantly, and the riders were showing me their faces. 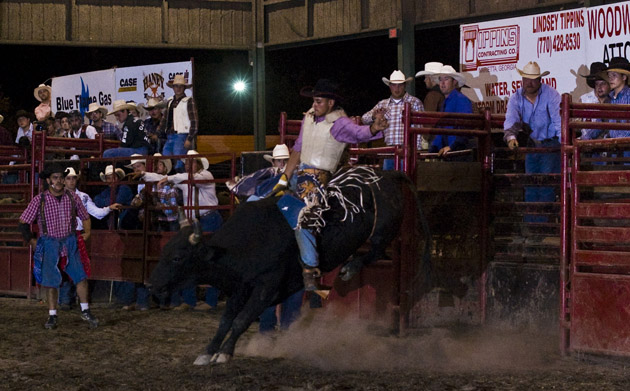 Without going too much to the ‘wish I had this lens’ type of talk – I wish I had a zoom lens for this one. That’s my flash that’s 60 feet away from the rider and creating those shadows. 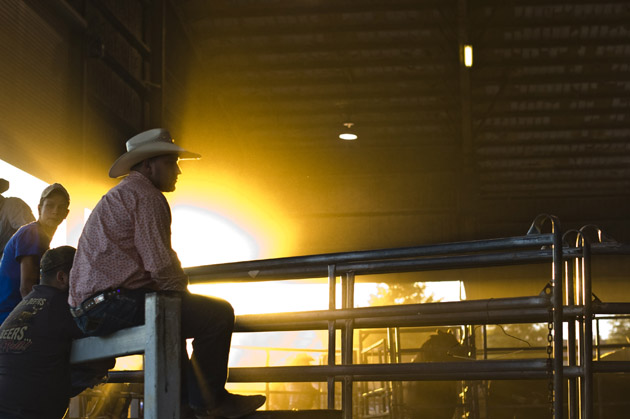 I’d say it was a really successful practice session for me. Getting better about knowing where my settings should be just by looking at the available light and then adjusting for what I want. I’m photographing one of my actor friends down in L5P next weekend so I’m trying to get in as much practice as I can – not that I’m worried I won’t get decent shots – but I want really awesome shots taken down in L5P that don’t look like everyone else’s. Because there are lots of photo strolls down there and who knows what they’re shooting – but lots of them just look the same – or rather, five different photogs probably have the exact same shot. So while I’m trying to not sound too pompous or pretentious- I just really want to take photos in L5P that don’t look like anyone else’s that I’ve seen.