No More Photos on this blog!

No just kidding. I do have questions though.

Well, mainly just one. Are you generally confused as to who writes each entry (is it Leah? is it Mark?) or can you generally get the gist of things from reading the text? Either way, how much does it really matter to you? – since the writing is done at about a 9/1 ratio. Okay. I guess that’s two questions.

In an attempt to figure out how I met MelMaples and how long I/we’ve known her, I went through my LJ account and realized that I used to make blog entries with no photos. Entire paragraphs with nothing in between them except space. Who knew I could get so wordy? Maybe I had more to say back then. Oh yeah, we also didn’t have cameras that work as well as the current ones.

Is it bad when you have to move in 12 days and you haven’t packed ANYTHING? Seriously. Is that bad? Because it’s true. True enough that I could feasibly stress out about the whole thing except I take solace in the fact that I could technically throw everything into boxes and sort it all out later – as long as I had enough boxes – which I do not. It’s just that collecting/buying all these boxes so that we can pack everything and move 6 miles down the road seems like a big hassle. Sure, we’re hiring movers and that’ll make EVERYTHING easier, but we still have to pack it all up so that they can just carry the boxes over with the furniture. Pack. Pack. Pack.

Actually. It’s going to come down to a simple matter of throwing out everything we don’t need and throwing everything else into boxes. Which again, is simple enough as long as we have enough boxes. And ‘collecting’ enough of them could feasibly cost as much in time as it does to just BUY them. So. Um. The end of that thought.

Tonight we’re stopping by Dresscodes – the clothing boutique in Downtown Decatur that our friends Karen & Brett own/operate. They’re having another gallery showing for an artist who is showing art in their store (they rotate them on a regular basis.) So ya know, if you’re bored around 6pm and happen to be in Decatur, stop in and let me take a picture with you! Oh. I suppose you should also check out all of the clothes and art and stuff that’s there too. I guess, if you’re into that sort of thing.

Okay. Just one photo. Have a great day. 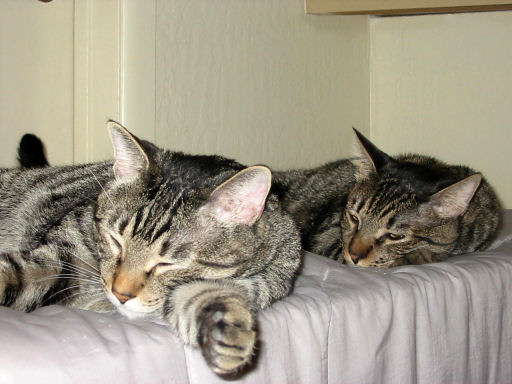 Ah nevermind. Following Melissa’s instructions, ‘Posted by’ is clearly added at the bottom AND I even finally got around to updating the WordPress version we’re using here.

Now I wanna do more coding edits! and throw more junk on this place! (I regularly try out different widgets/plugins on the sidebar – to see how they look/usefulness/interesting and stuff like that. That’s why some things appear and disappear every now and then. PLUS – obviously if it’s too wide then it can’t go in the sidebar no matter what. And every now and then, I even think about changing themes! But then I look around and there’s just nothing else compelling/looks good enough to change it up – besides, we’ve only existed four months. Ah. I guess I’ll leave it alone.

8 Replies to “No More Photos”