Dermatomyositis?! And My New Life

It’s been a very interesting year so far and I feel like I’ve been waiting to get to the other side of it for such a long time. The short version is that last December I woke up with a swollen red eye. I thought my son had elbowed me in his sleep and it was going to end up being a black eye. But the redness and the swelling KEPT GROWING. Eventually it took over my face and then my body started changing over the next few months. After many different halfway diagnoses – I ended up being hospitalized for several stretches between July and October. It got impressively bad – and scary for those around me worrying about my health. My team of doctors eventually figured out the severity of my condition and found the right treatment to stem the overwhelming autoimmune attack on my body.

Dermatomyositis (dur-muh-toe-my-uh-SY-tis) is an uncommon inflammatory disease marked by muscle weakness and a distinctive skin rash.

The condition can affect adults and children. In adults, dermatomyositis usually occurs from the late 40s to early 60s. In children, it most often appears between 5 and 15 years of age. Dermatomyositis affects more females than males.

There’s no cure for dermatomyositis, but periods of symptom improvement (remission) can occur. Treatment can clear the skin rash and help you regain muscle strength and function. – Mayo Clinic 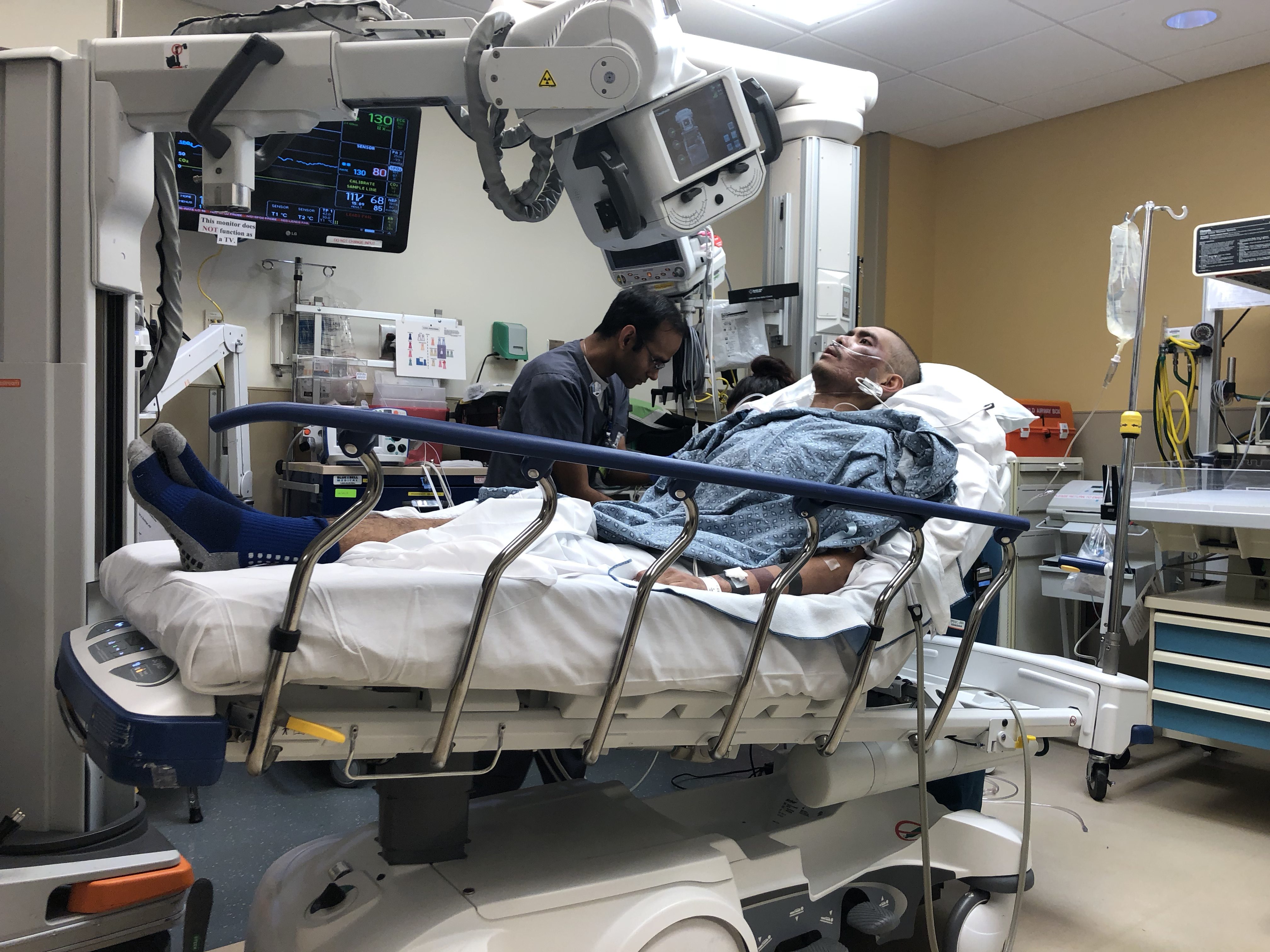 At that point I had lost 85lbs – down from 210 to 125 and sickly. My muscles, tendons, and ligaments had literally wasted away – most of it lost in the last three months. But even worse than that – my lungs had also been damaged – I couldn’t breathe and my body wasn’t receiving enough oxygen into my blood stream. My lungs couldn’t process and get oxygen to the rest of my body so it was a double whammy of having no muscle to move, and no oxygen supply in my limbs. I couldn’t walk and couldn’t breathe. I’ll admit – that was pretty lame. I didn’t worry about dying – but there were a few moments where I wondered about it…

Interstitial (in-tur-STISH-ul) lung disease describes a large group of disorders, most of which cause progressive scarring of lung tissue. The scarring associated with interstitial lung disease eventually affects your ability to breathe and get enough oxygen into your bloodstream.

Some types of autoimmune diseases, such as rheumatoid arthritis, also can cause interstitial lung disease. In some cases, however, the causes remain unknown.

After more specific and detailed blood tests – they “threw everything and the kitchen sink” at me with new drugs and found a cocktail of pills and IV infusions that thankfully started working.  Lots of immune suppressing pills (often used by transplant patients to help avoid organ rejection) and of course a ridiculously high level of prednisone/steroids. But it’s working for now and I’m healing-ish. Or rather – I’m becoming more and more functional. I’ve essentially had to relearn how to walk and figure out some tricks with my lungs and taking breaths. But mostly – right now – I’m just trying to get back to where I can do a few normal things like playing with my 7 year old son. Of course when I venture out into the world – I wear a face mask and I’m hyper paranoid about germs – cause an infection or illness would be VERY BAD for me and probably land me back in the hospital.

I can’t work – definitely not as a wedding photographer (which I did for the last 10 years) and really nothing that involves me walking or moving more than 10 feet at a time without heavy breathing breaks. At times my weakness and inability to do things IS comical. At least to me. Like not being able to get up off the floor, or feeling my legs go numb after a few minutes of standing and realizing that they’re not receiving oxygen. My body is completely different now and it’s all so interesting to me. Like discovering you have weird super powers that work in reverse – and instead of doing MORE things – you can’t do ANYTHING. Ha.

There are good days and bad days – and everyday is different now. Honestly? Different in the best kind of ways. We’ll get into all of that soon.