Every pregnancy is different… and after hearing stories from other women, I would say that I had an amazingly easy first trimester.  I didn’t throw up, not once… partly due to my Jedi mind tricks I’ve honed over the years as a result of my intense loathing of vomit.  There were definitely times – mostly between weeks 5 and 10ish – when I felt like I might, but I didn’t.  I was tired.  A lot.  Insanely tired.  No matter how many naps I took or how early I went to bed, I was exhausted after a few hours of being up and about.  This was particularly frustrating for me because I am a high-energy person.  I’m used to having more than enough zip and zest to bounce through the day’s tasks, even on relatively little sleep.

But hey, my body was making another person…  so I cut myself some slack.  And on the days I was too tired to cut myself slack (or even a slice of cheese), Mark was great about reminding me to take it easy, because my body was working overtime.  I pretty much abandoned all household duties.  I went to work, came home, slept.  Mark did everything else.  Well, at least the really important things.  Maybe the toilet didn’t get scrubbed as often as I’d like, but that’s ok.
Sooo, here are some tips and tricks that helped me during the first trimester, aside from a supportive partner:
Snacks: I kept little snacks by my bed, because I noticed I felt less nauseous when I ate lots of little bites throughout the day.  And since I was sleeping a lot longer than usual (I went from 7 hours to around 10 hours a night!), I needed to get some food in my stomach before I jumped/slithered/crawled out of bed for the day.  My favorite snacks were Triple Ginger Snaps from Trader Joe’s, plain old saltine crackers, and trail mix with almonds, pistachios, pumpkin and sesame seeds, and dried berries.  I also made sure that I always had snacks in my purse, and I stocked up my work station with snacks, as well.  And then I just ate little bites of stuff all day long.
Anti-Nausea Candy: Yummy Earth Organic Ginger Zest candy drops were awesome when I was feeling pukey… and then my friend told me about Preggie Pops, which were also a lifesaver.  Both of these candies helped ease the nausea when it got rather intense.
Tea: I loved (and still love) the Yogi Mother-to-Be Tea… it’s got red raspberry leaf in it, which is great for toning your rapidly-expanding uterus, AND it has mint, which again helped with the nausea.  It was a nice, soothing tea that was good for me and replaced my morning cup of coffee.
Naps: I’ve never been much of a napper.  Pregnancy has changed this about me!  Now, I can nap!  I loooove to nap.  And during my first trimester, I really, really needed to nap.  So much so that I would go to my car on my lunch break and nap in the backseat.  If you do this, I recommend a few key items: a.) something to stuff under your head.  I had a travel pillow, but sometimes I would use a balled-up sweater or jacket, too.  b.) window shades (for the more self-conscious among us)… I have this weird thing about random people watching me sleep, and I couldn’t get really comfortable unless I knew people couldn’t see me.  My car has super-tinted windows cuz I used to live in Phoenix, AZ, so no one could see me.  But if you are self-conscious and don’t have tinted windows, just buy some of the stick-on window shades.  c.) a blanket if it’s cold (and please don’t try to sleep in your car if it’s HOT, ugh, that would just make the nausea worse), and d.) your cell phone or some other device with an alarm.  I almost missed a meeting the first time I napped in my car, because I forgot to set an alarm and didn’t realize how soundly I could sleep in my car in the middle of the day.
I also took a nap when I got home from work.  Sometimes I would take 2.  Usually I would take a nap, eat dinner, and then head to bed for the evening… around 8 pm!  So don’t feel bad for sleeping a lot.  Really.  Just do it.  Get the rest you need and know that your body is working overtime, even if no one can see it and you can’t even really tell! 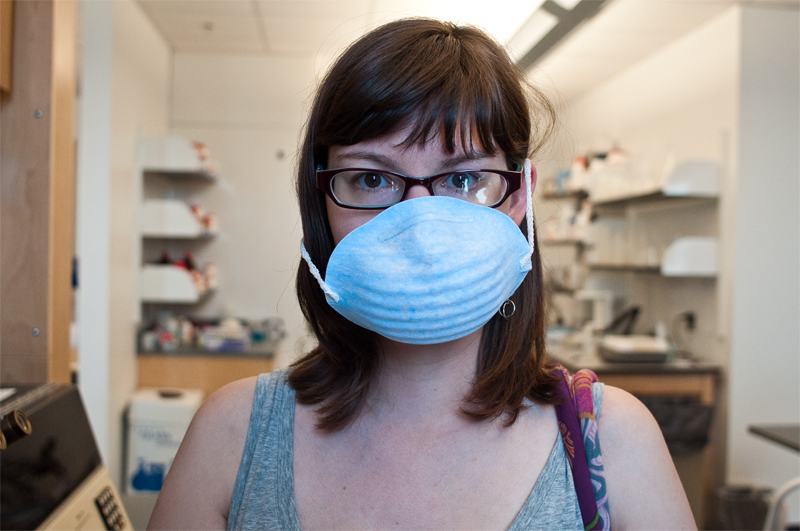