CONCEPT & SHOW OVERVIEW: ZENITH is an organic and seasonal show with nature-inspired imagery, cosmos worlds, and all that brings in the Fall. There will be live music, art, cocktails, and an after party. This is Kai Lin Art’s 11th exhibition opening.

Photographing art gallery exhibitions are tough. Ask any photographer who wants to do more than just get average, boring, ‘get together and pose’ type portraits and they’ll tell you that photographing an art exhibition is like fighting for two hours.

The difficulties lie in the fact that people are facing away from you 84% of the time. You can only get that artful shot of people staring at the paintings a few times before you end up with a full set of… the backs of people’s heads. On top of that, people are often weary of getting their photo taken by strangers. 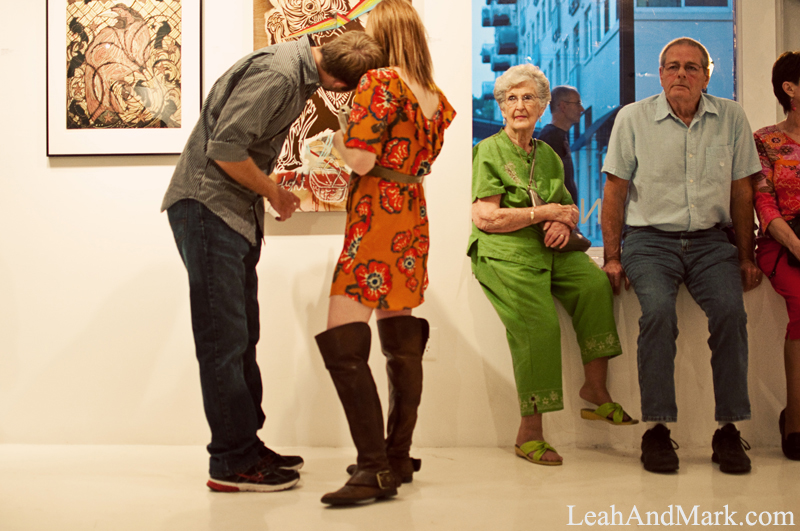 Ask any of our Interns and they’ll tell you that it’s kind of a cruel thing to bring along interns to photograph an art gallery exhibition. Because they know they can’t deliver generic event photography. That’s for everyone else and our photos can’t be like everyone else’s. Not that those types of photographs are bad – but that’s not why people hire us.

People don’t hire us to make average photos – and while our Interns aren’t under the same pressure to deliver, they understand that they can’t give up, use on-camera flash, and ask people to just get together and pose. 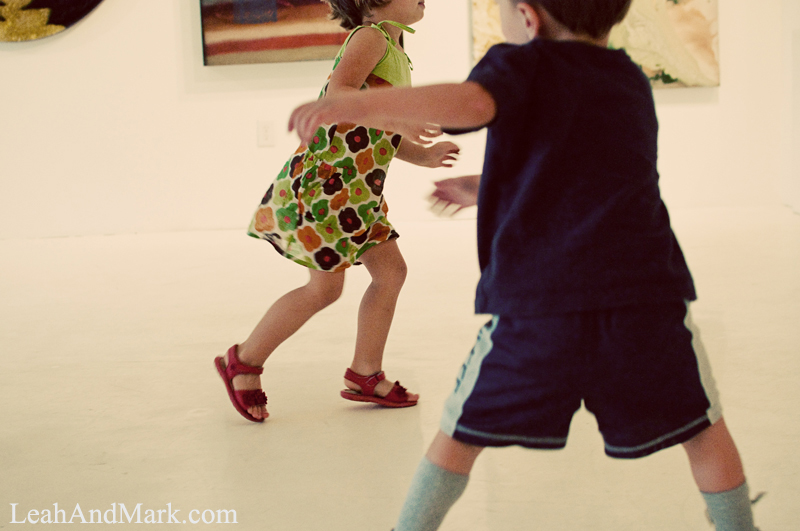 Even our standard portraits must be stronger than those by regular event photographers. 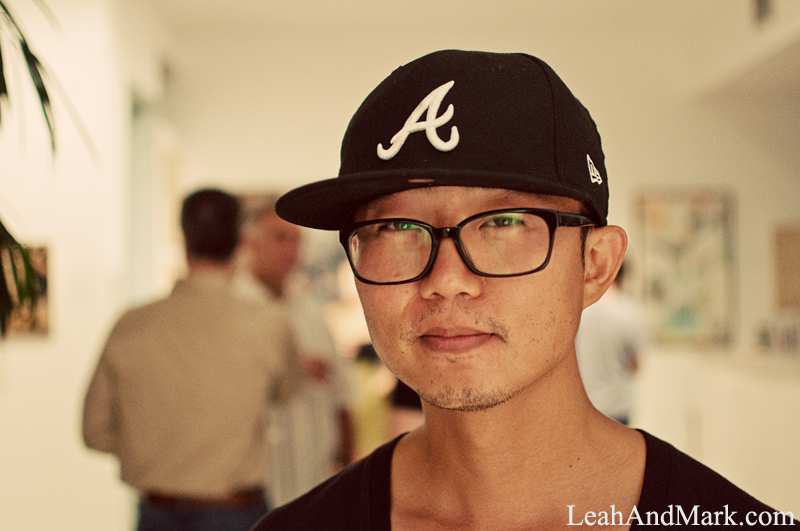 I’ve photographed one other event at Kai Lin Gallery – the Local Love benefit – but I mostly just handled a photobooth setup and then caught the fashion show/break dancing.  This was considerably different.

On the surface you can easily dismiss the whole thing as just people milling about, checking out the art and standing or sitting around. 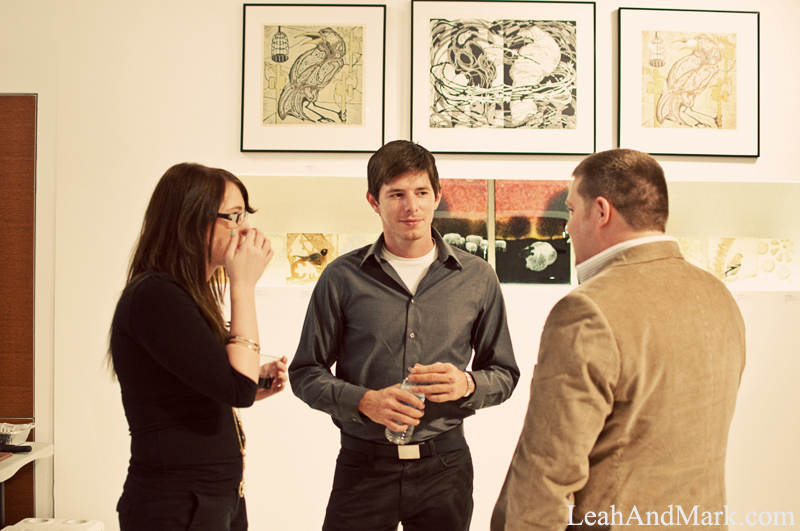 But the longer you keep looking around and paying attention – you’ll start seeing different photos plainly appearing in front of you. 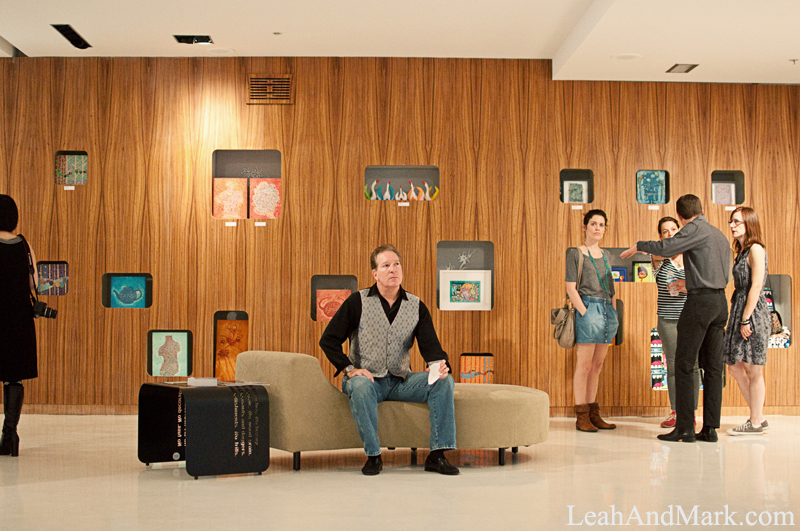 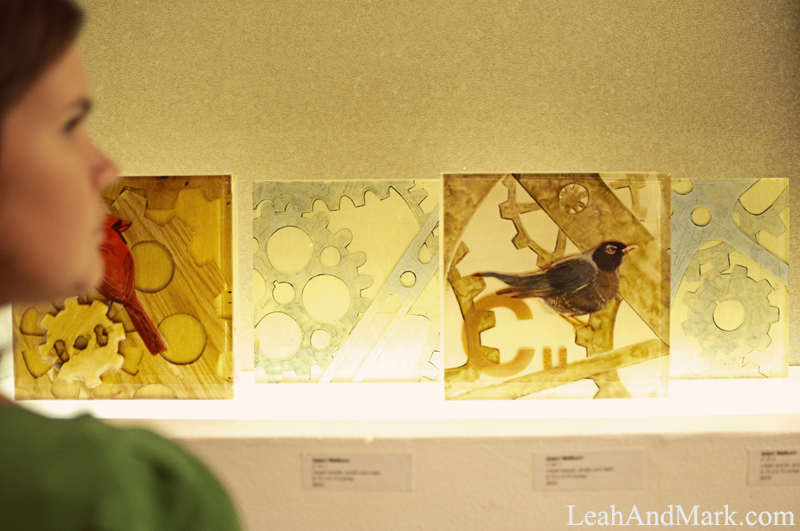 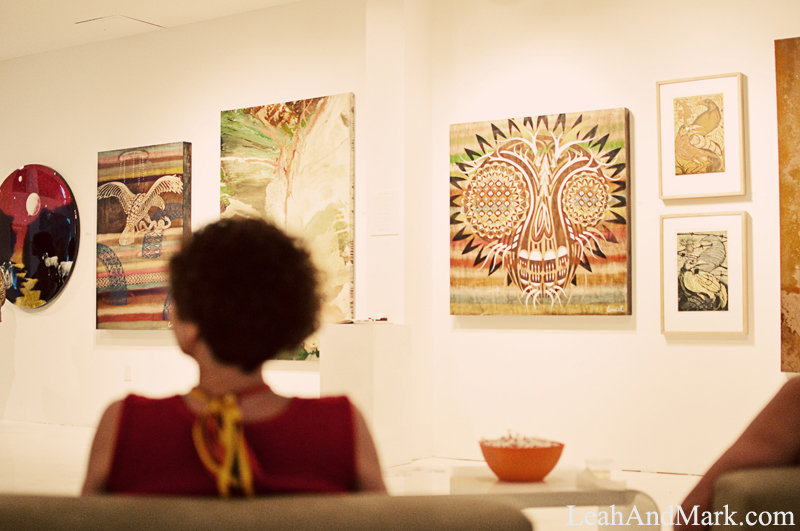 And as you keep working the room – you’ll find that you don’t need to ask people to pose in order to get them looking at your camera. They just do it. 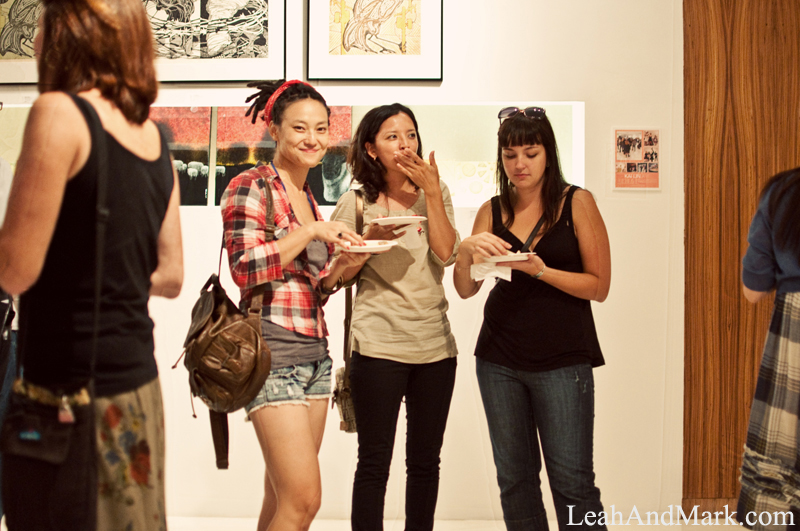 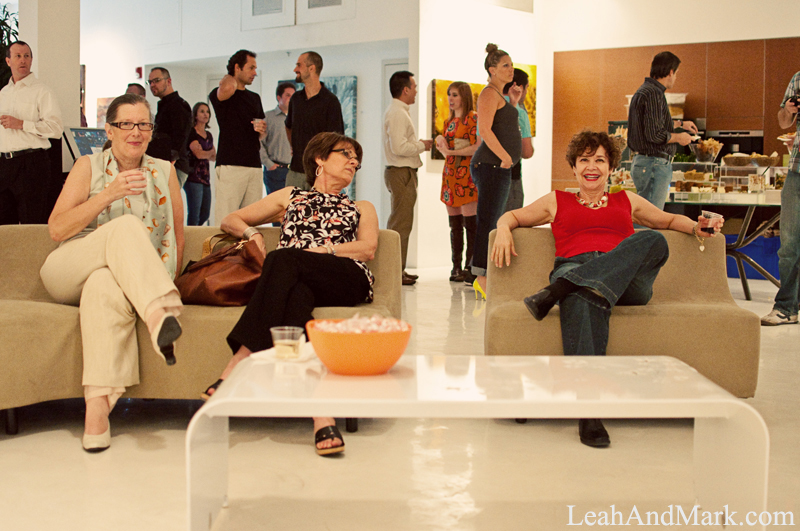 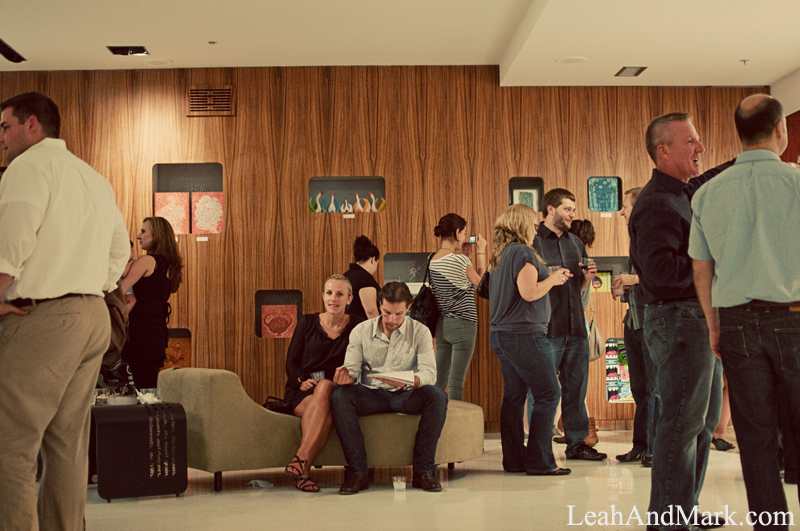 Your job as a professional photographer is the same as it always is – to compose the shot and try to make it different if not better than photos made by everyone else there. You’re not always going to succeed – but you won’t be a simple button pusher either. Sometimes you’ll get lucky – but again, who wants to rely on luck? 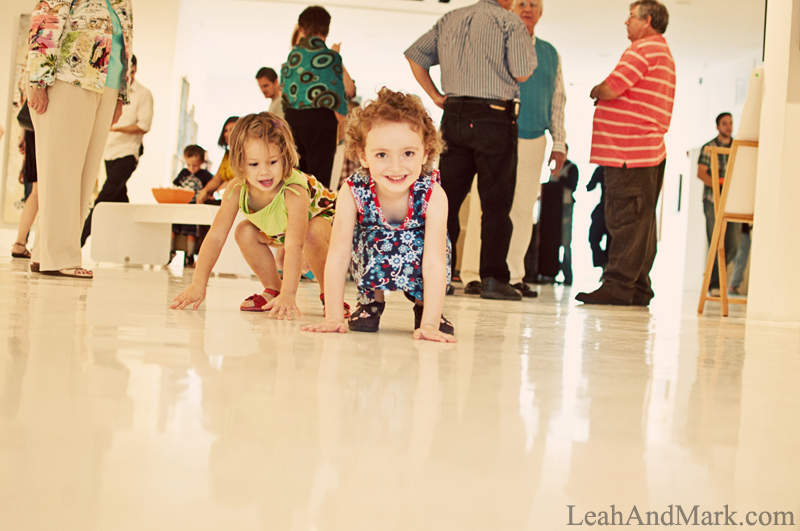 Check out the photos made by Interns Maigh, here, and Debra, here. 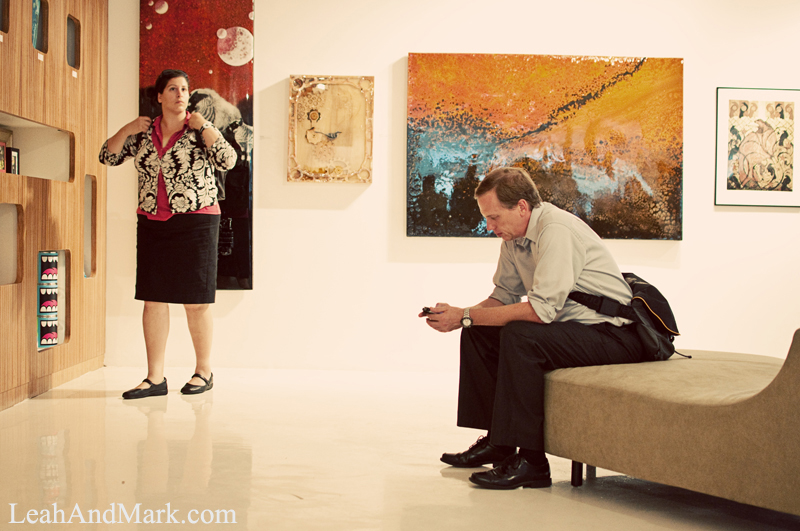 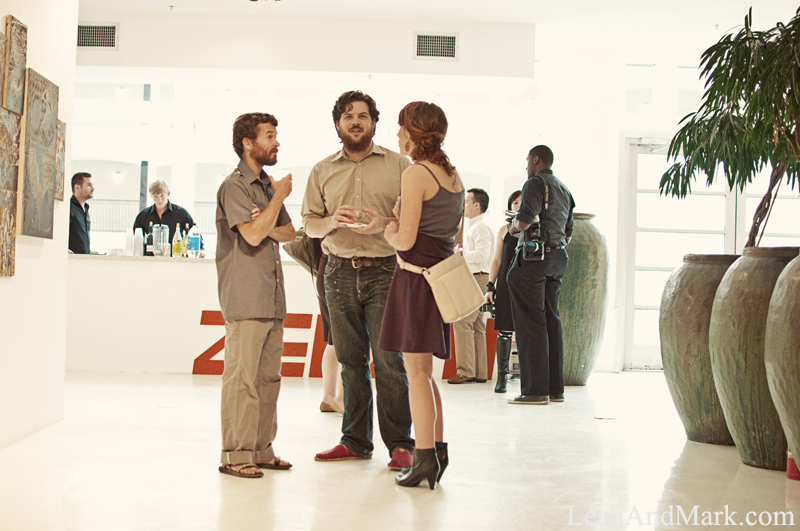 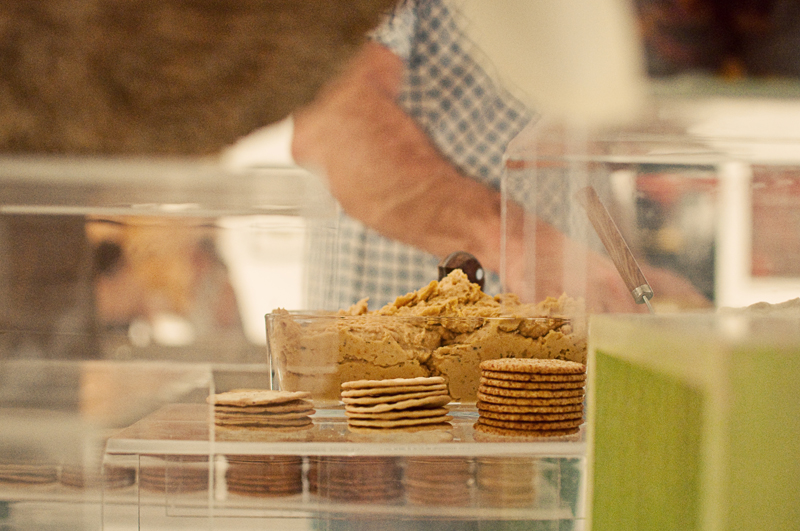 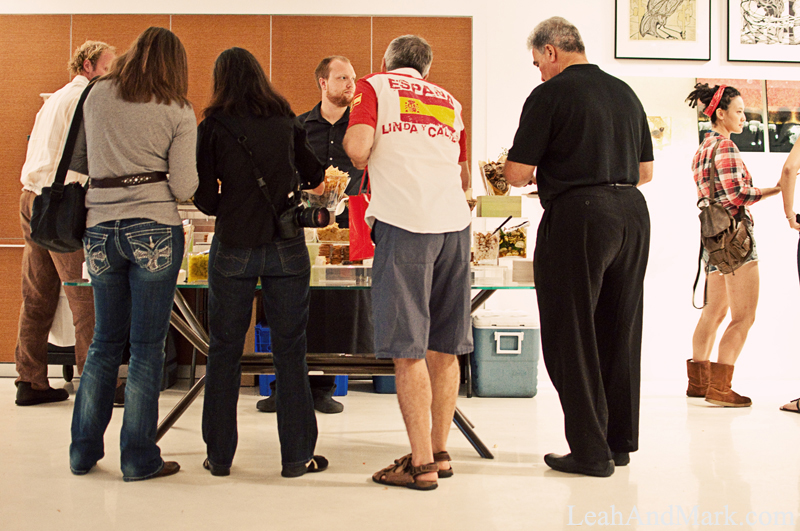 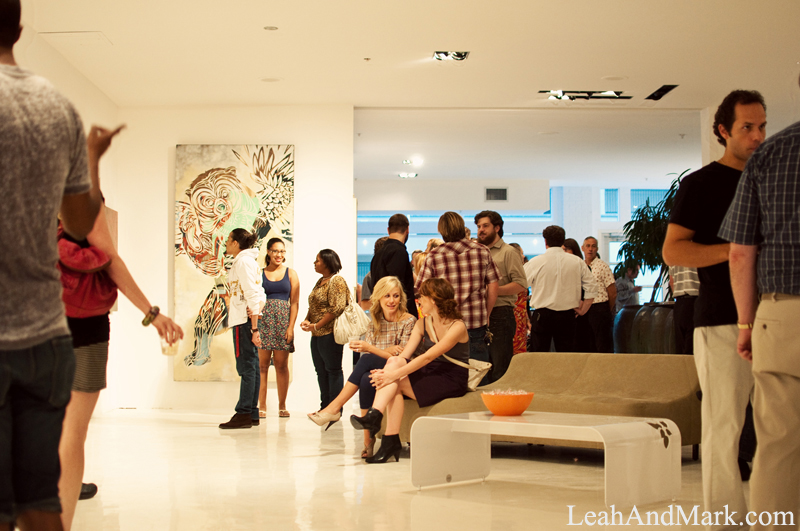 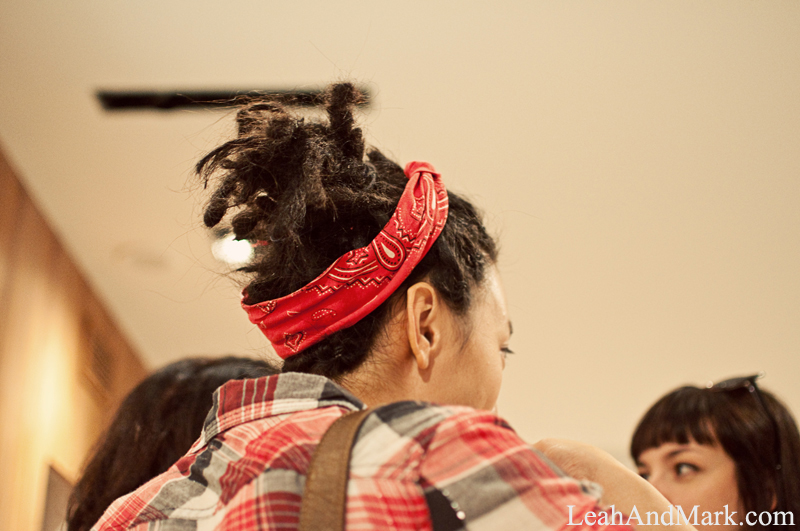 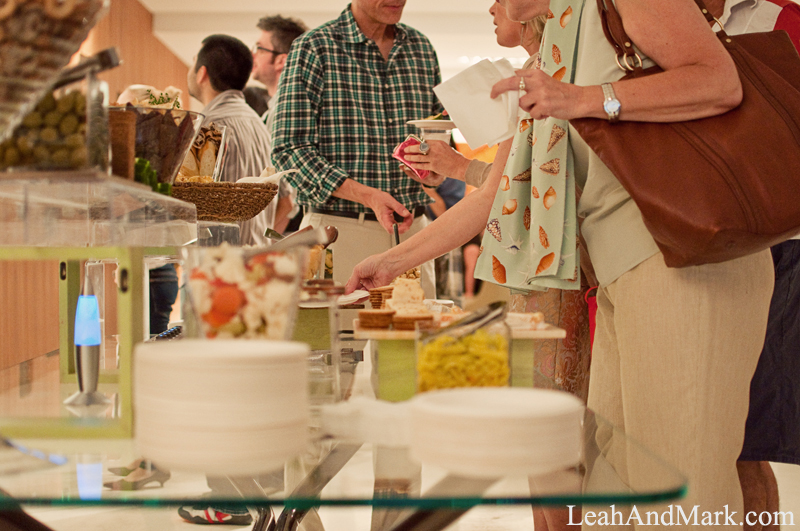 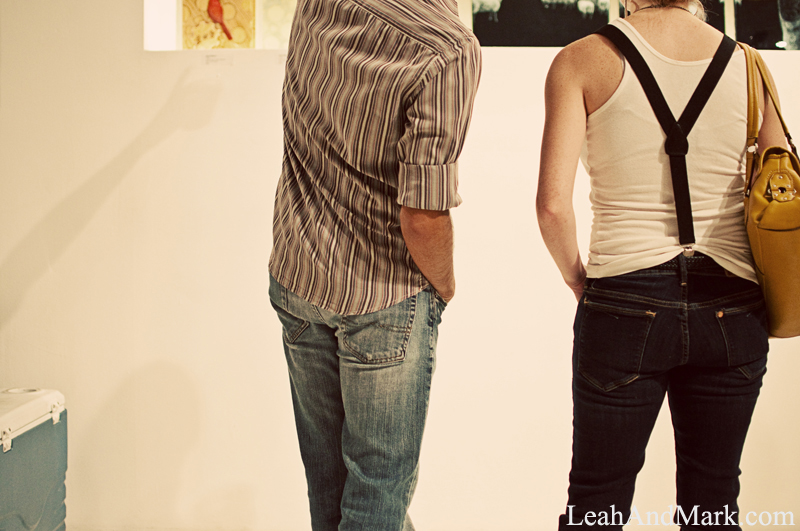 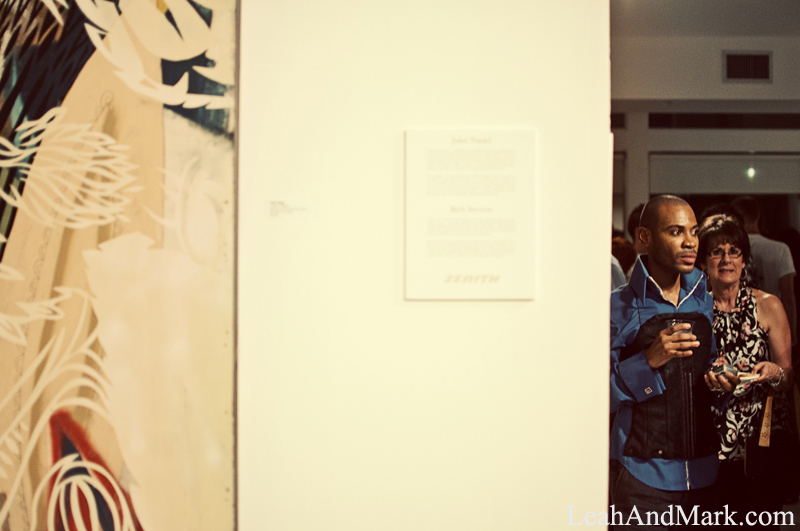 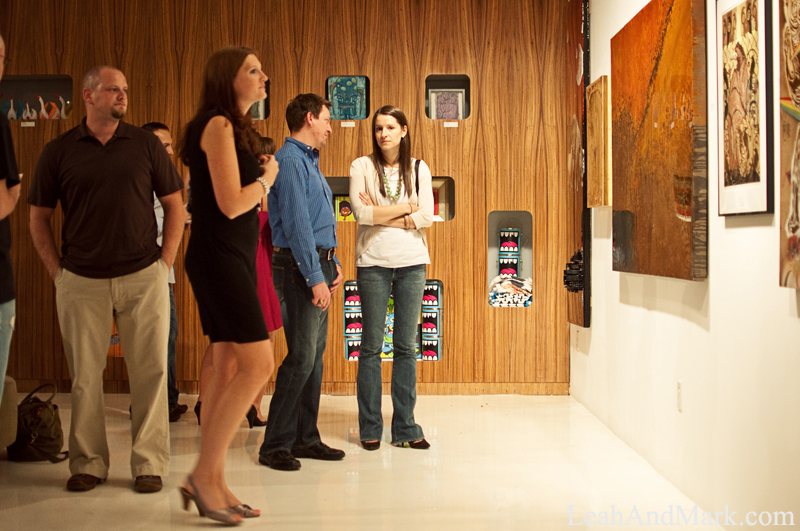 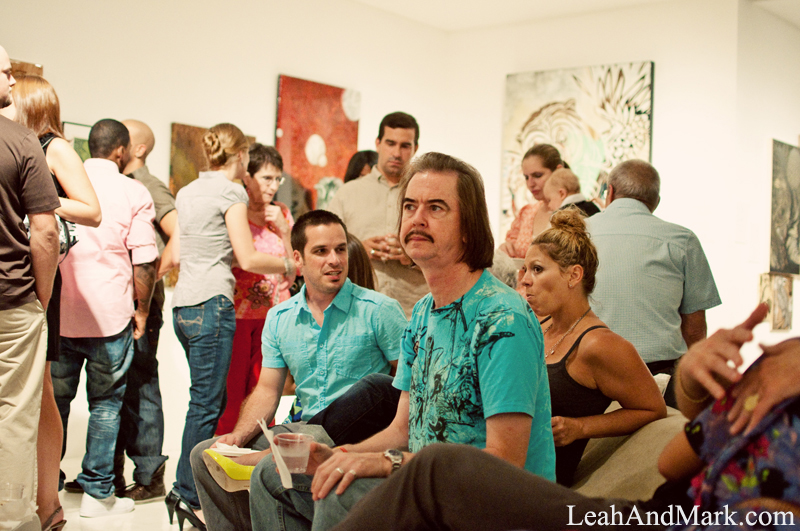 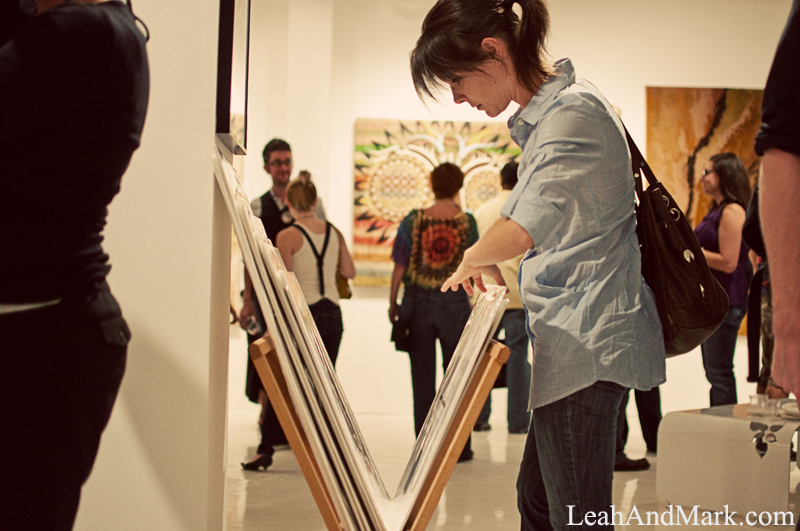