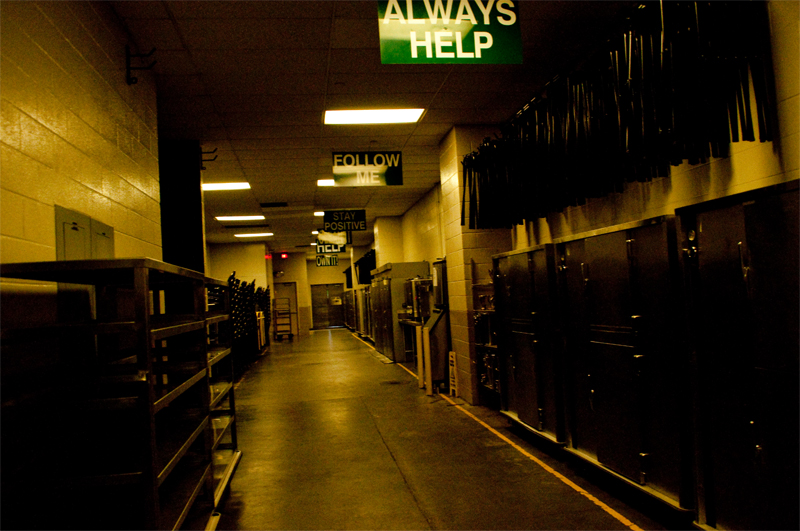 Last year I photographed the Lolita Fashion Show at Anime Weekend Atlanta by myself. This year I had the Army of Interns along with me. While I had them shooting the standard wardrobe coverage shots – I went out into the back hallway, got kicked out twice, and then kept asking different people until I found one that said I could shoot back there.

This is how we go about lighting our photos. The shot above was the service hallway/commercial kitchen area of the Cobb Galleria conference center. There’s even more hallway behind me in this shot. While the lighting wasn’t exactly this bad – it was pretty bad, especially for photography. So we start by adding some light and seeing where it lands. 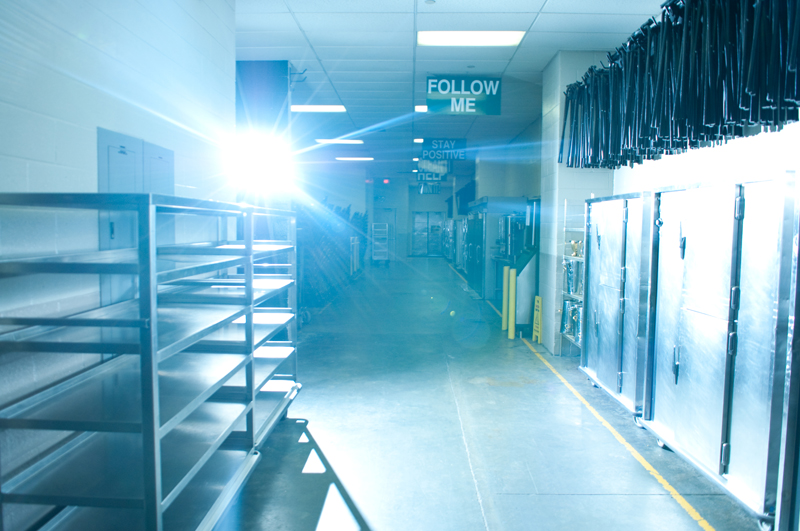 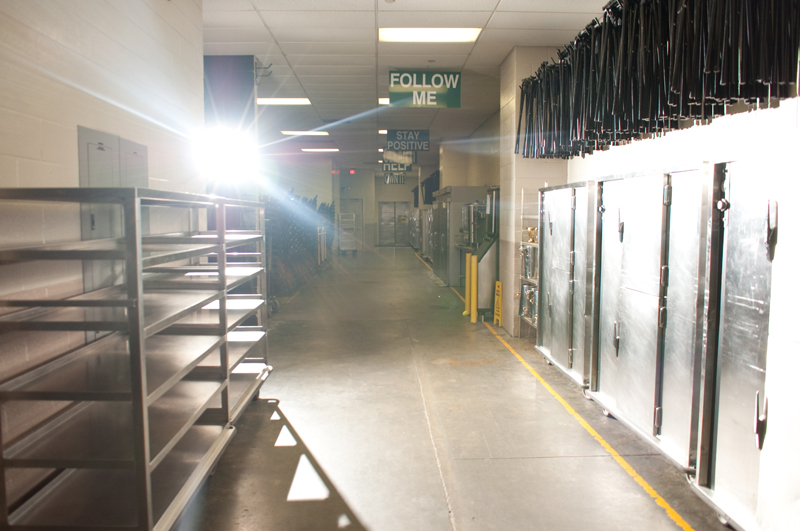 Alright. Too much light, too much lens flare. 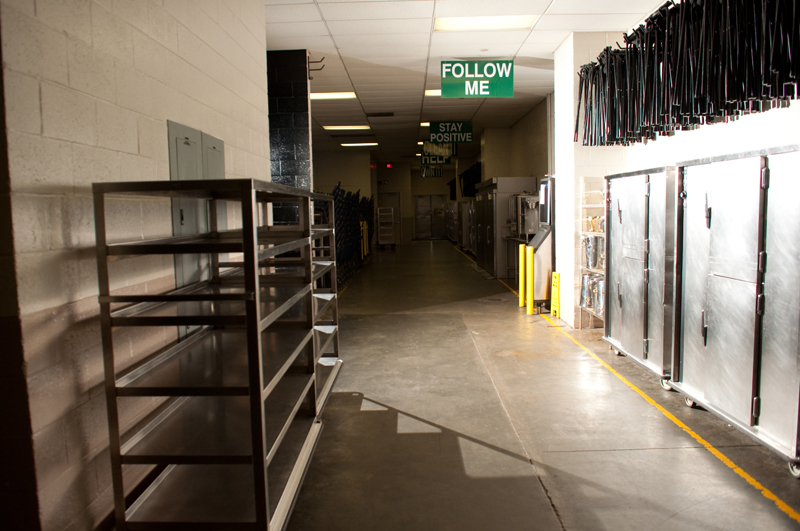 Hey look. There’s a cool shadow – and now we have a sort of corridor of light shining from that side doorway. 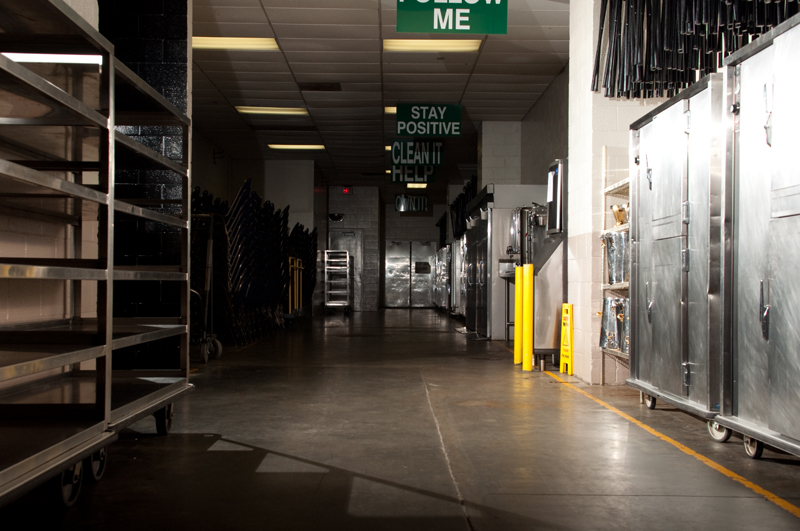 Now we compose the shot. 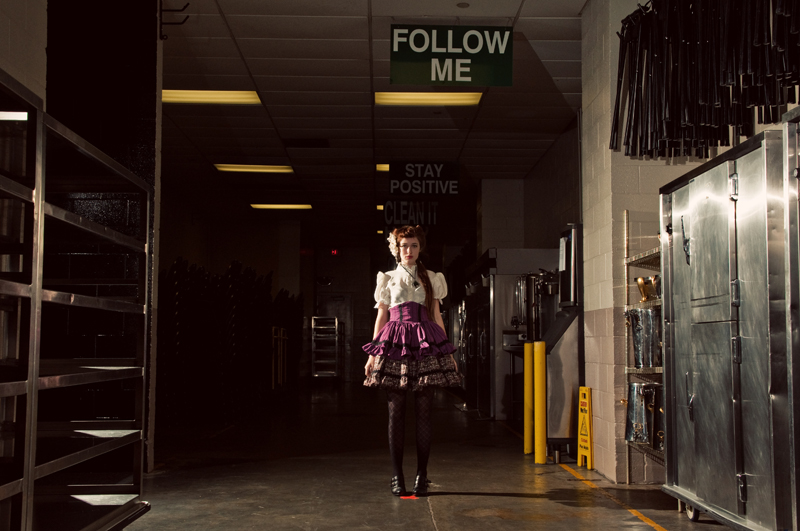 Put a model in, and there we go. Done. 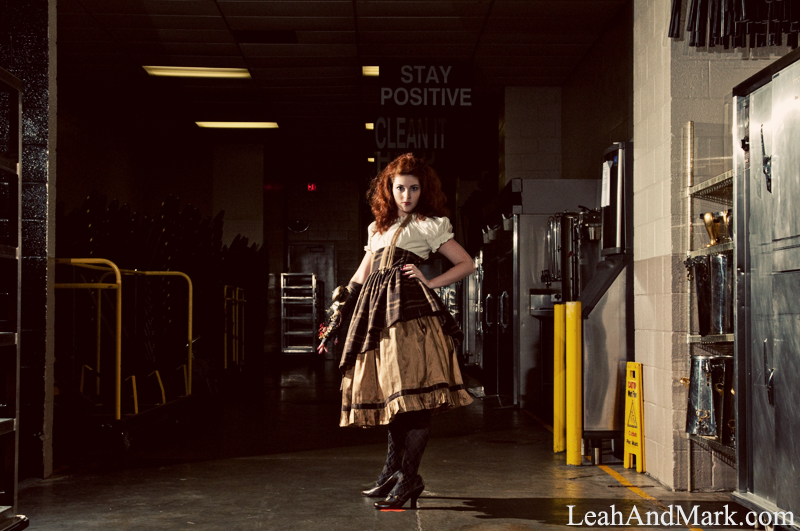 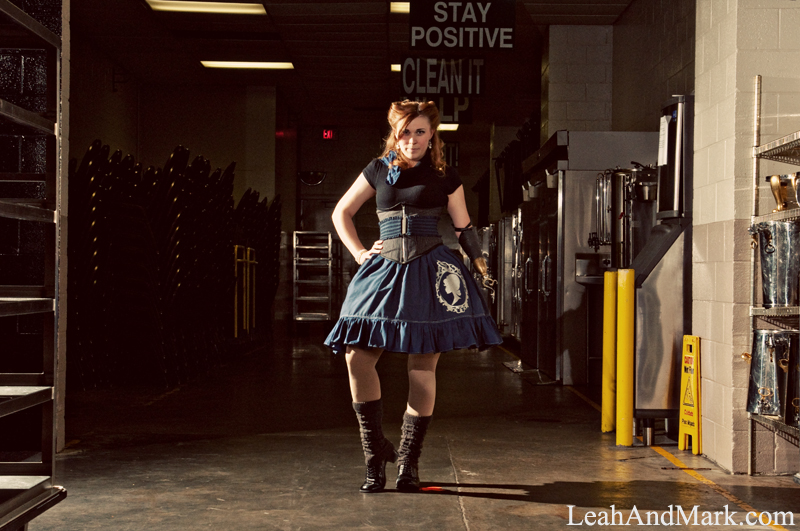 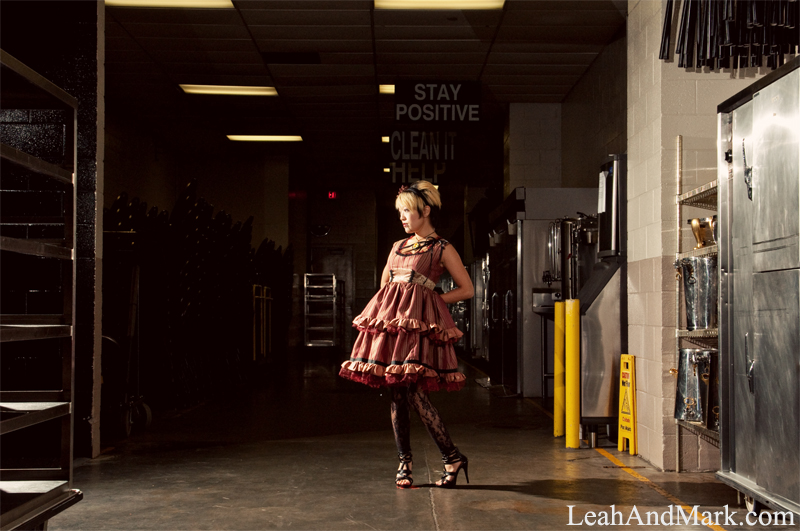 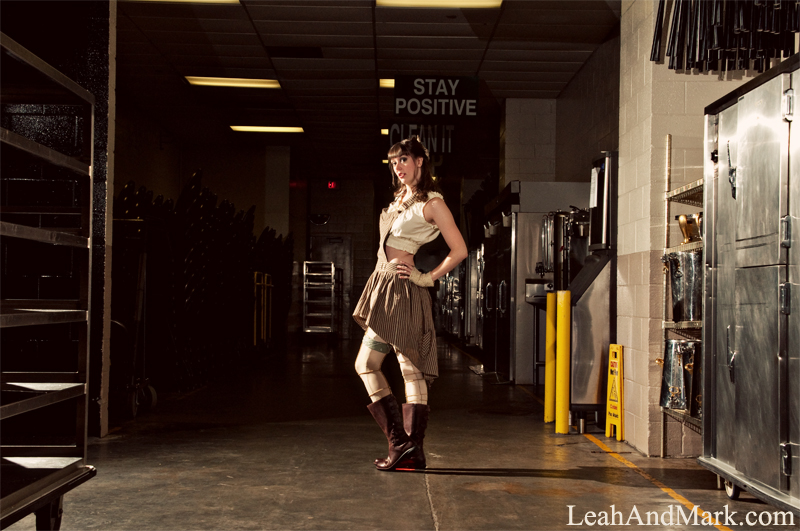 That’s basically the process. Even though we’ll have an idea of how we want things to be lit – you have to test it out. So we set up lights as fast as we can and we GO. That’s it. Set up lights, test, shoot. 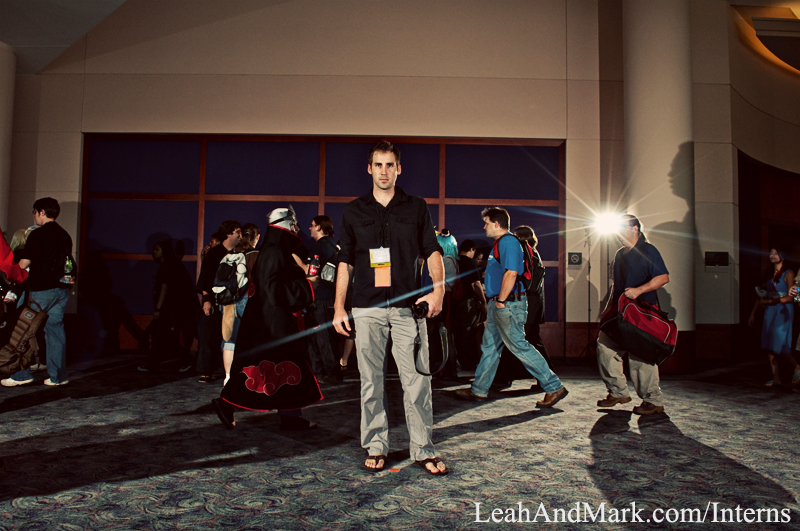 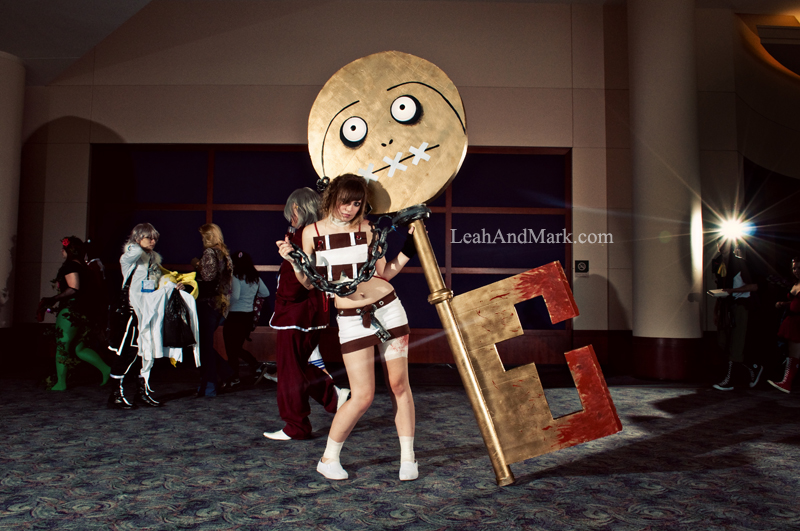 And that’s basically what we do with our Interns. We set up lights, take photos, see where the light hits, and make adjustments. Sometimes you have time to be very particular about where the shadows land, and sometimes you just have to move on. In situations like the hall cosplay setups – we aimed for some interesting light but with a setup that’s very flexible. We wouldn’t have much time to make adjustments when we’re only getting 3 frames for each person/group. 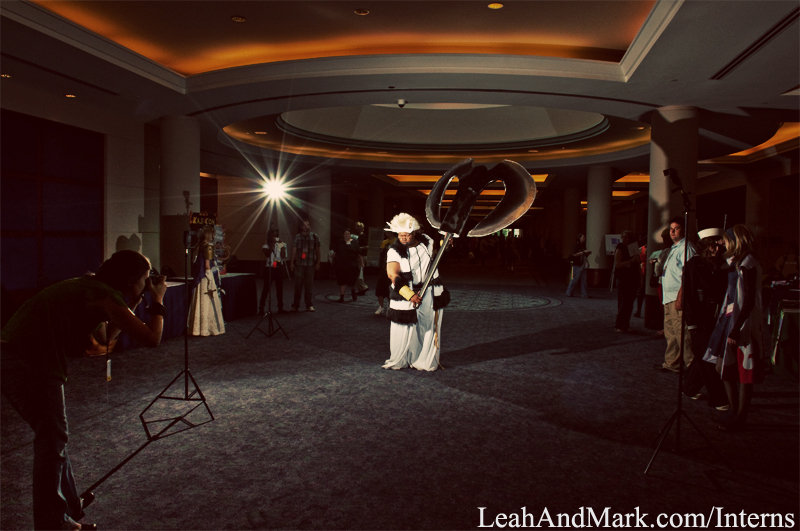 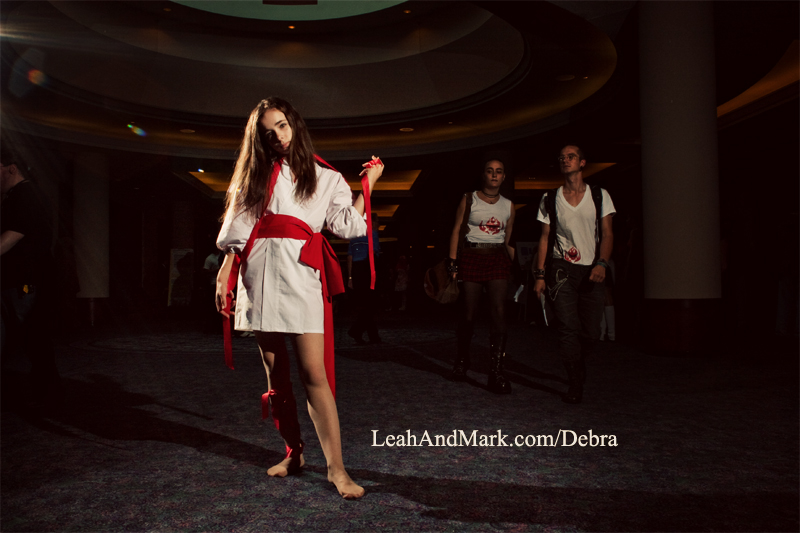 More coming soon. Thanks for reading.