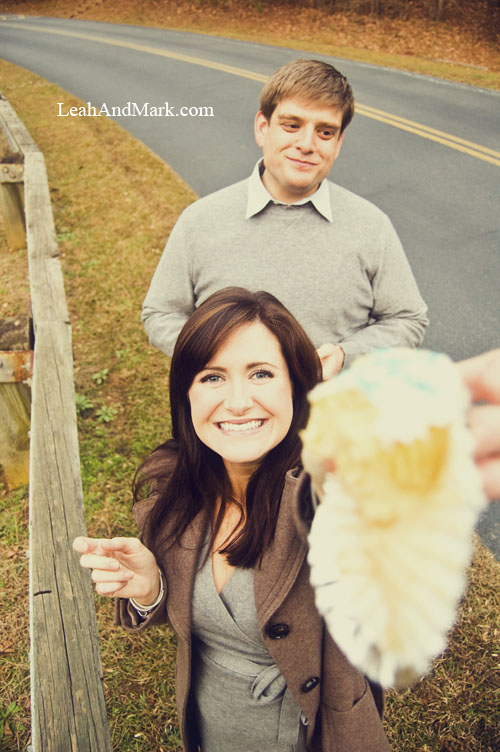 I think we have discovered the secret ingredient for any great photo shoot. Cupcakes.

Who knew right? I mean – all this time I’ve been focused on lights, and lenses, and even talking to the subjects – but apparently all you need are good cupcakes!

Fortunately – Leah came up with the idea and brought along some cupcakes she had made earlier in the day. We met with Megan and Paul after work and it was definitely a nice treat and a good way to start off the shoot. Seriously – we all kind of relaxed even more once the cupcakes were handed out.

For this shoot we went to the same location where we photographed our friend Addy – but that was in the fall and the leaves have all fallen by now, so even though it was the same location – it was a completely different look. We also scheduled the shoot for 5pm so we only had about 40 minutes of usable sunlight – actually a little less since it was overcast and the sun wasn’t stretching as far as it would on a clear day. Still, that actually helped because it forced me to pull out the lights and get some of our fun flash photos – plus you know, I still get a kick out of people slowing down to stare at us when they drive by (it’s the little things for me alright?) 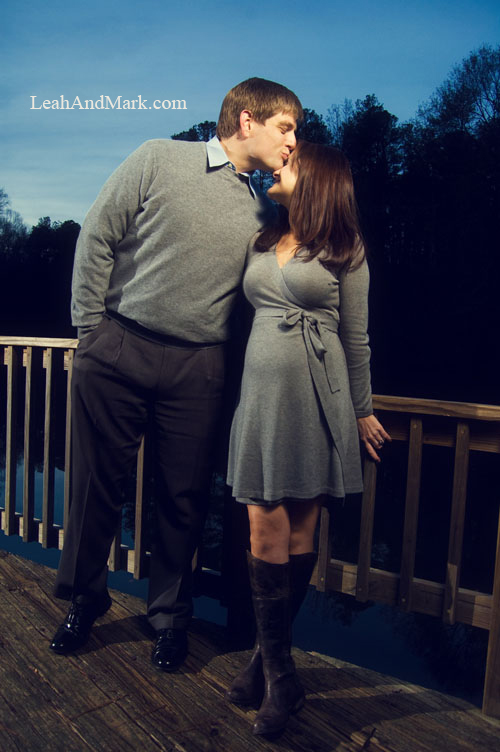 Leah has actually known Megan since elementary school and they reconnected through the magic of Facebook. They’re super awesome and I think you can tell this photo shoot was a lot of fun – remember, don’t forget the cupcakes.