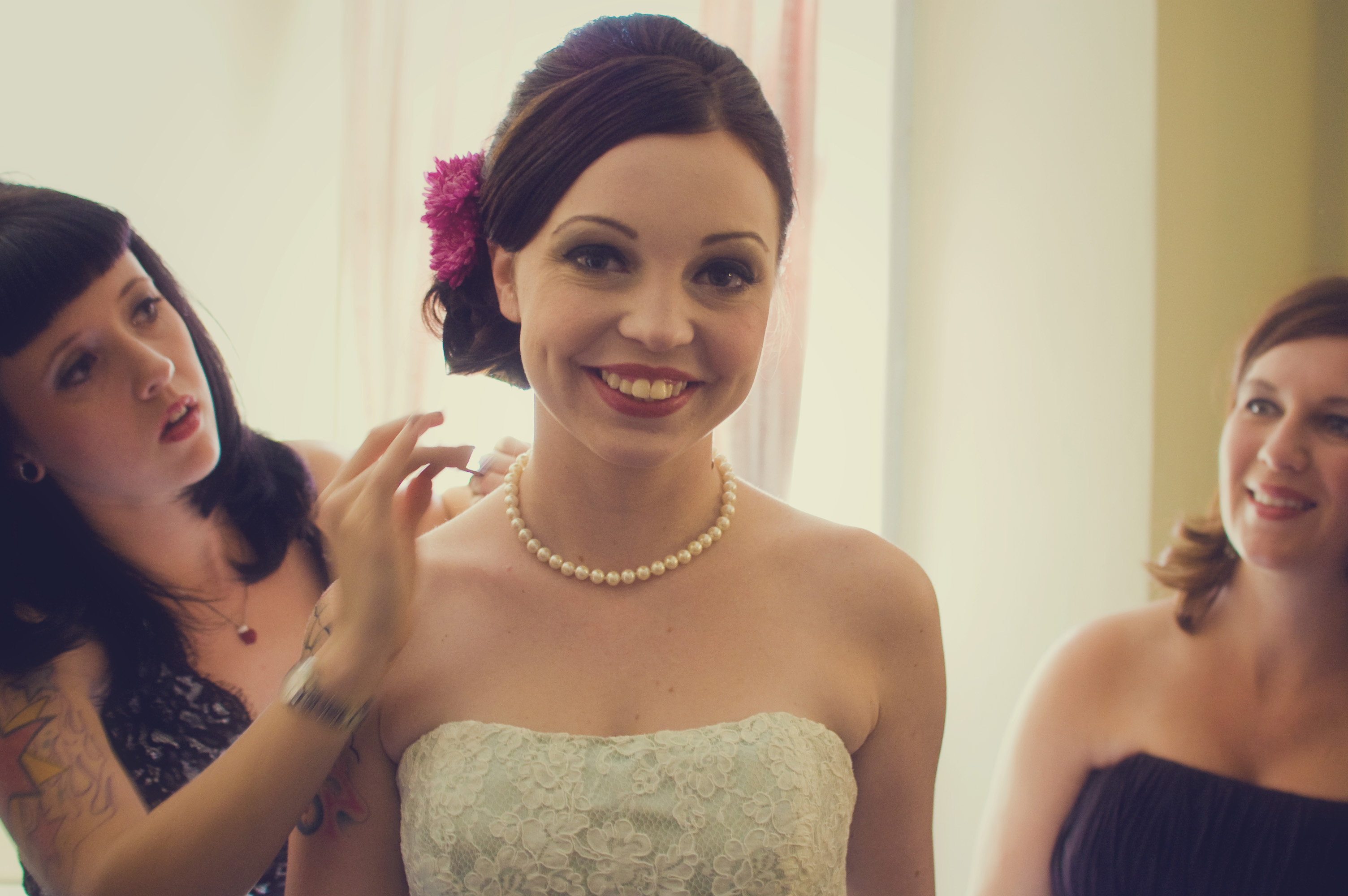 Word of Advice: If you’ve never shot a wedding before – if you’ve never even been the second shooter assisting the main wedding photographer – don’t sign up to shoot a wedding. Nevermind the difficulty level. Nevermind that it’s not like any other event you’ve shot. The fact is that it’s just too important for you to think that you’re that good of an amateur photographer and you can shoot anything. 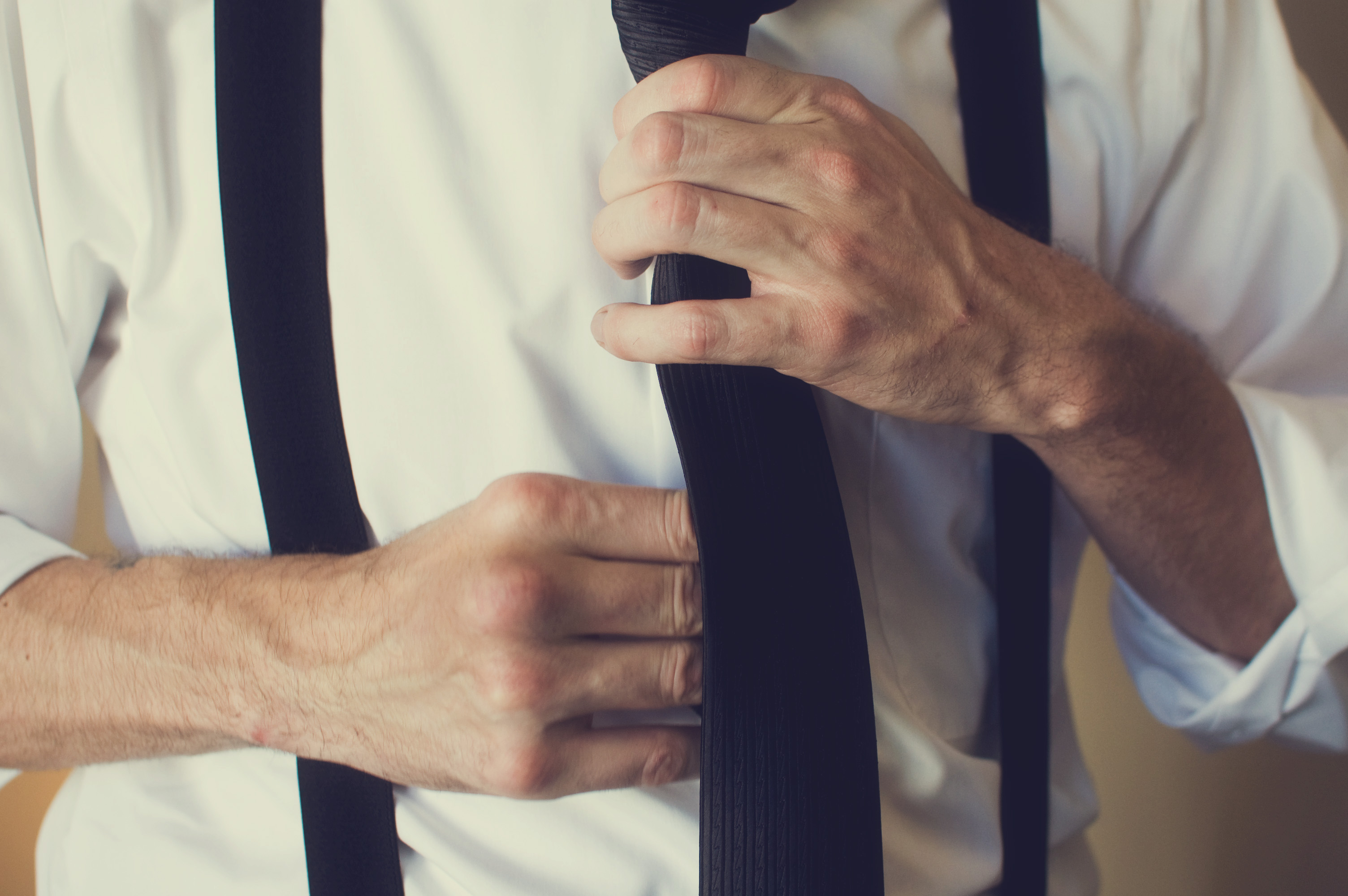 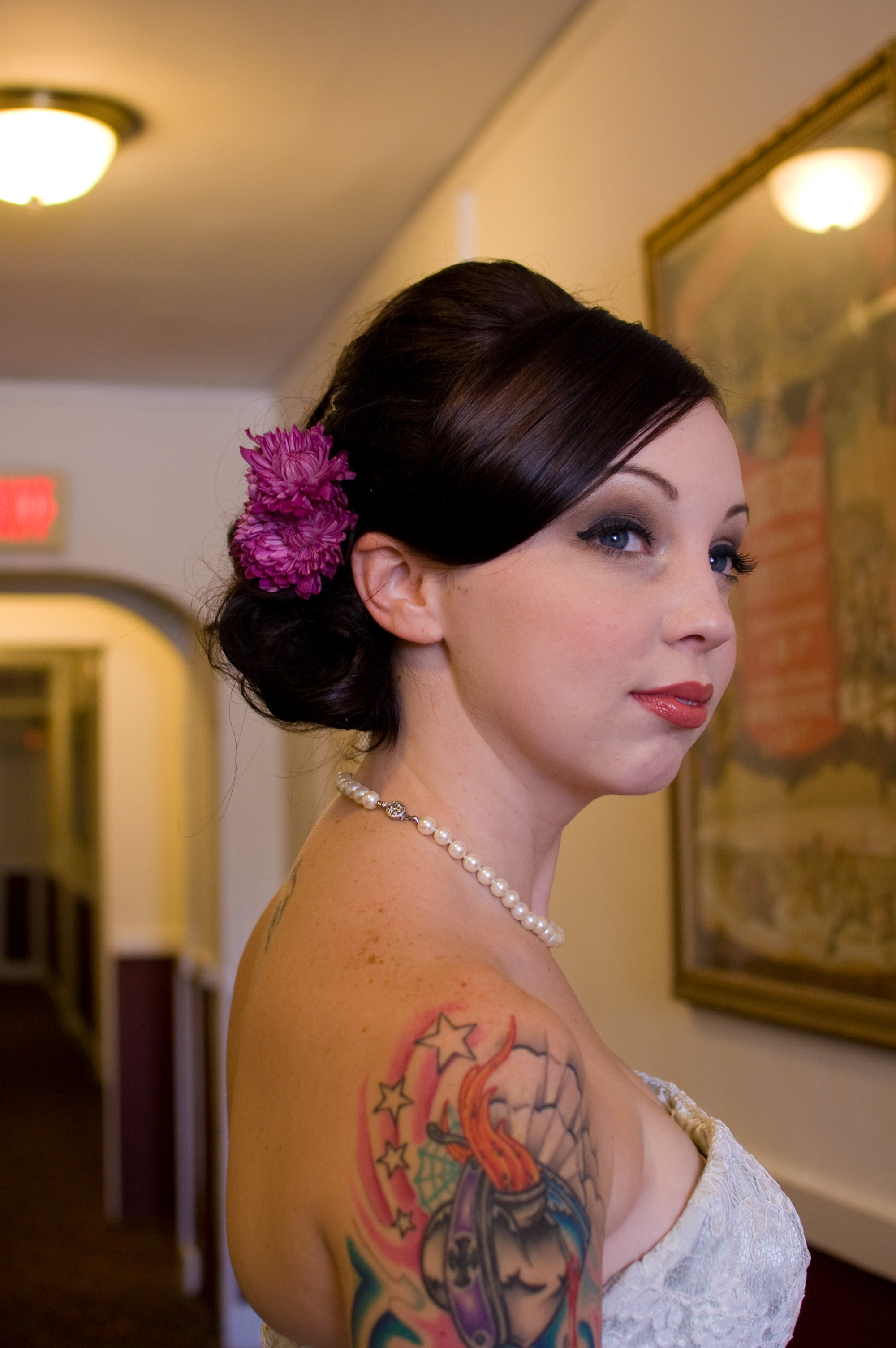 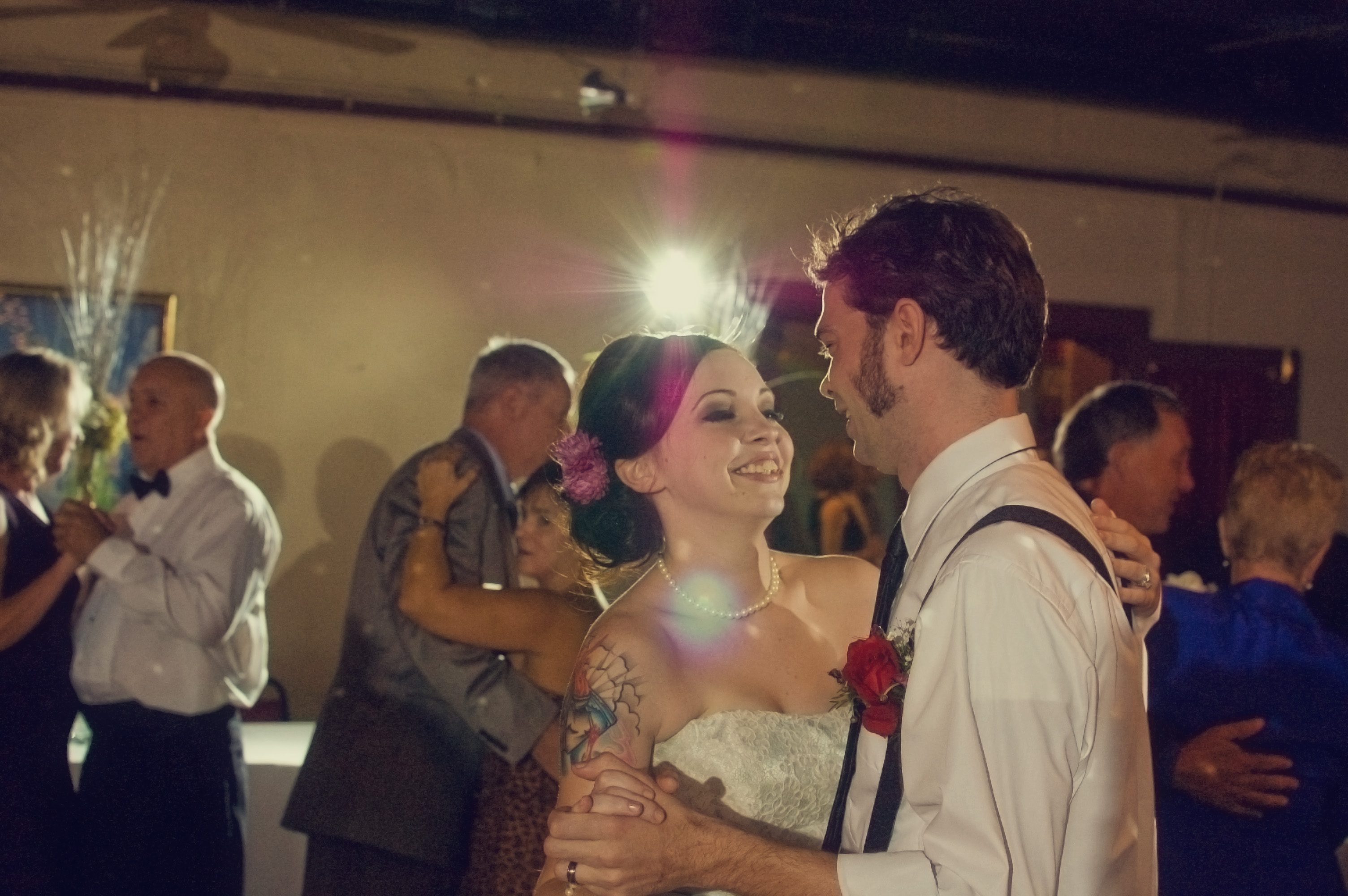 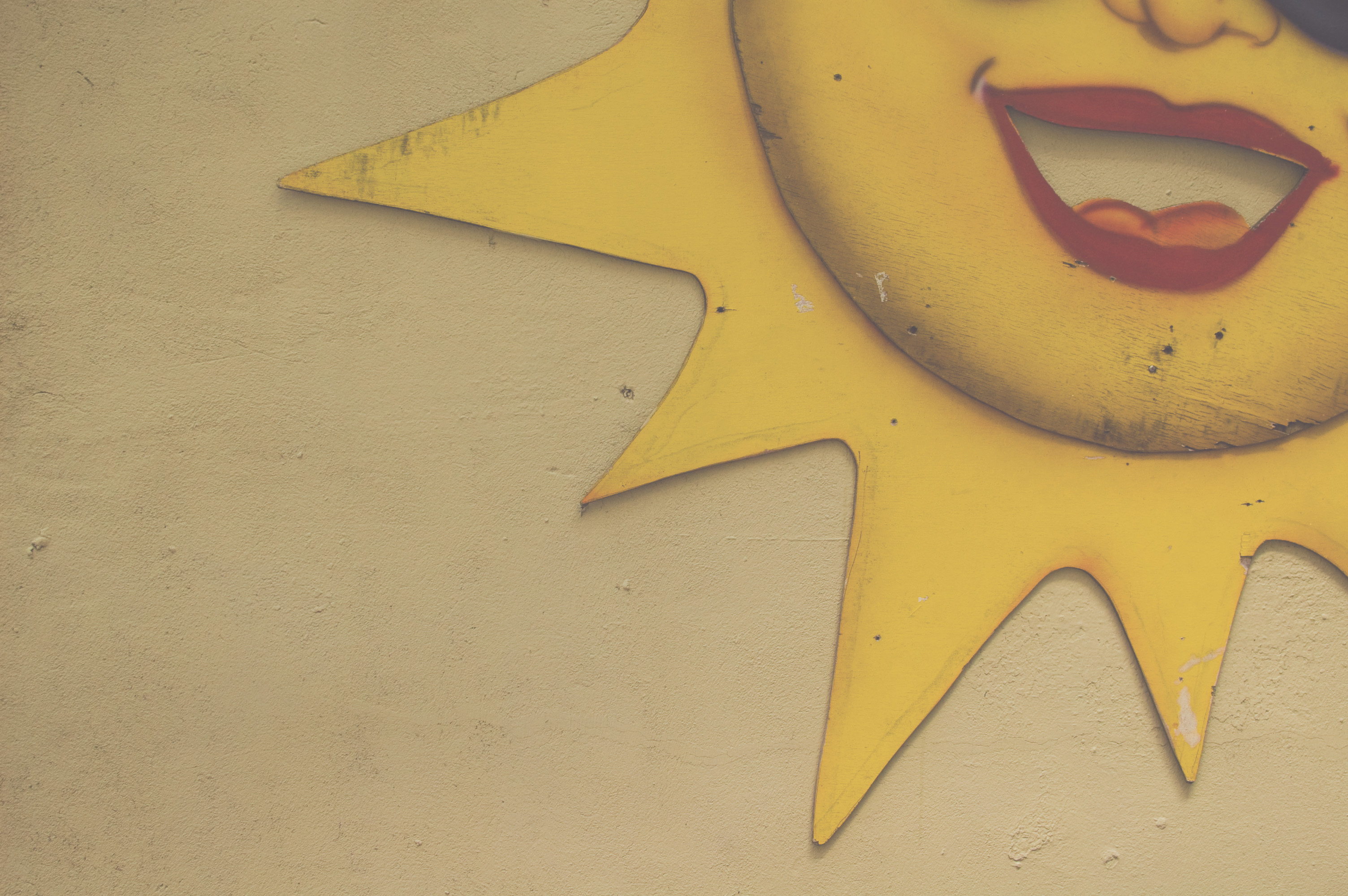 Especially if you want to do anything close to a reasonably decent job – and by decent I mean that all of your shots need to look like something that no one else at the wedding could’ve gotten. There is a reason you’re being paid, and that reason is because YOU are supposed to get the shots that NO ONE ELSE can get. Your shots need to look 100% better than anything anyone else with their point and shoot cameras could possibly shoot. I mean it. This isn’t the time to be a notch above the crowd. You’re competing with 50 other amateur photographers and if even a single one of them out does you – then you should hand over all of your sorry prints, and tear up the check that the bride’s father handed you just before the wedding. 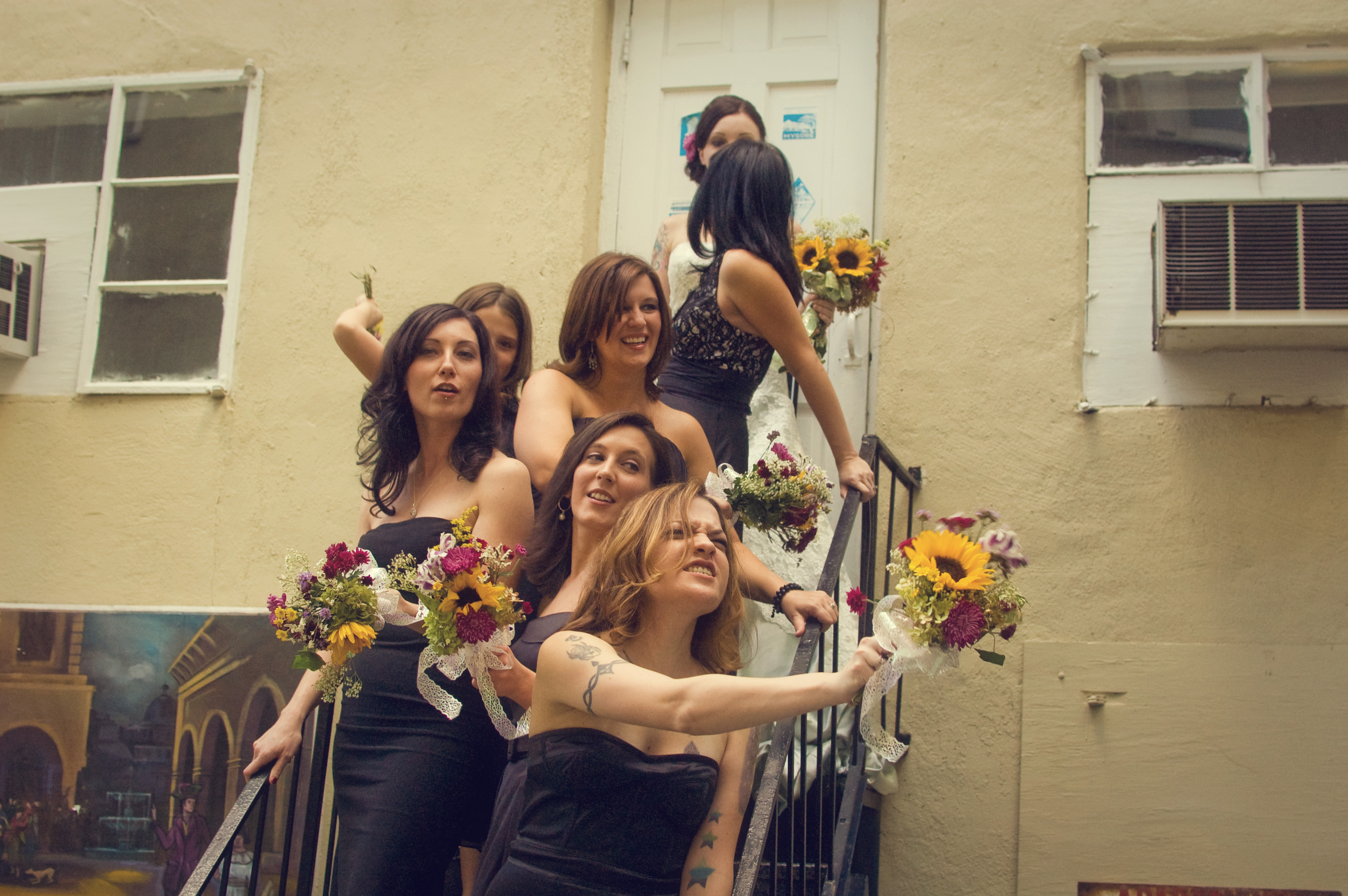 Soon after I booked my first wedding for November, I was hired to shoot Haley and Christopher’s wedding – the week before the actual event. Me, being that amateur photographer who thinks he can shoot anything – agreed and accepted their money. 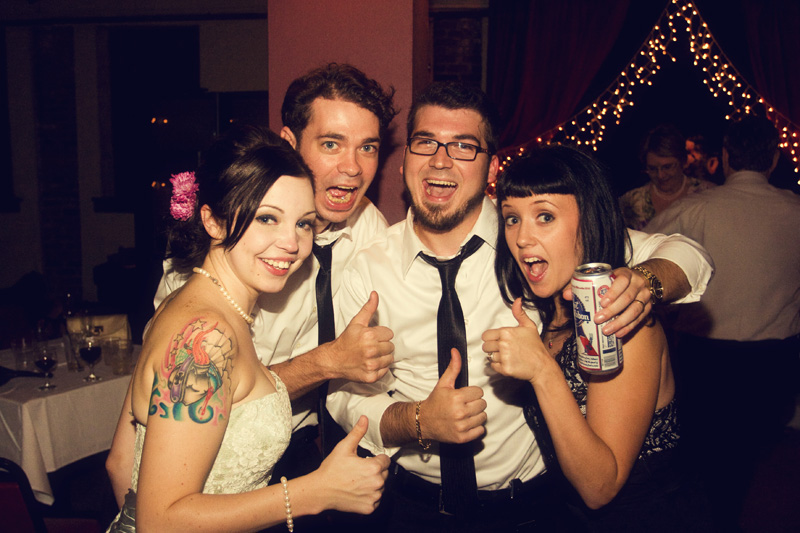 Sure I can shoot your wedding! I’m freaking awesome! I’ve shot lots of events. What’s a wedding? Another event with a photoshoot in the middle – I can handle that – no problem.

Except there’s a lot of pressure to not screw this up – and once I arrived on site I really, really felt it. The Highland Ballroom is a great hipster lounge and small concert space – which means that it’s DARK and not exactly a photographers dream as far as lighting goes. It’s essentially the basement of the Highland Inn – a historic inn here in the Virginia-Highlands neighborhood of Atlanta. After my test shots with my light setup – I walked around the hotel trying to get ideas for interesting shots in these narrow hallways.

Since this was my first wedding – I had no real idea of timing – but at least I showed up early. However I didn’t know exactly when to push to start shooting. Somehow, I ended up alone in the room with Haley as she sat there all ready to go. Everyone else was downstairs going over everything – so I started taking shots. Haley was really awesome – much calmer than I was at that point and she started posing like a pro. Thank God because all I had to do was frame the shot, hold my camera steady and squeeze the shutter button. Clear? No? A few more times please.

Fortunately – my friend Craft came along as my second shooter. He’s shot a few weddings before – but only ever as the second shooter. Ha. And there he was again taking the role as second shooter to my no experience. Luckily, I’m much more stubborn than what’s good for me – and although I was experiencing some creative and technical difficulties – I jedi-mind-tricked myself into staying positive. 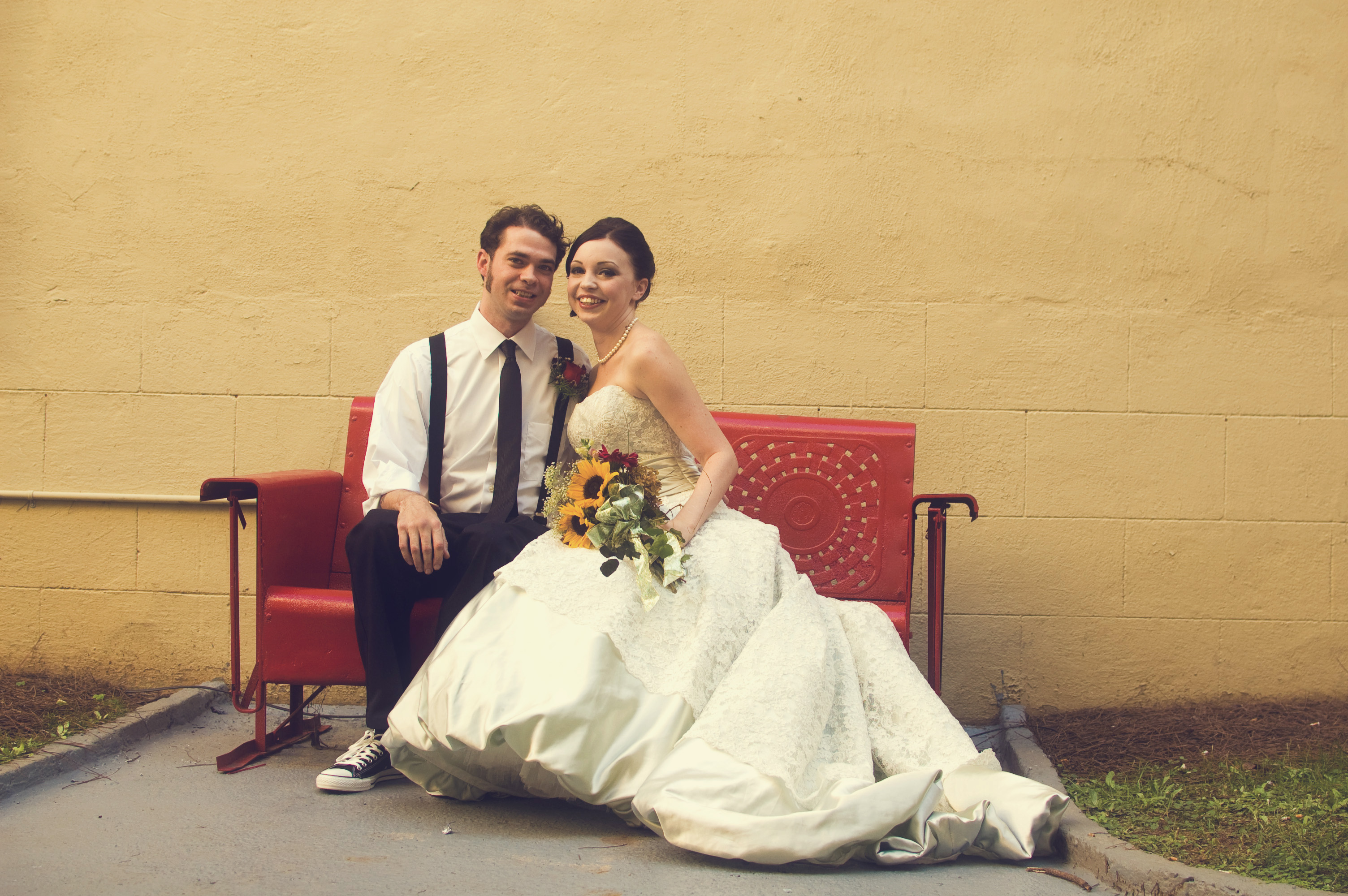 Because even at the worst moment when none of my shots were coming out – I knew that no one else there was going to get better photographs than what I was getting – it was really all on me to get this job done, and not only get clear photos, but creative ones that aren’t boring, that don’t have flat lighting and that stand out – so that Haley and Christopher can look back at their wedding and remember it the way I shot it – and be more than happy. 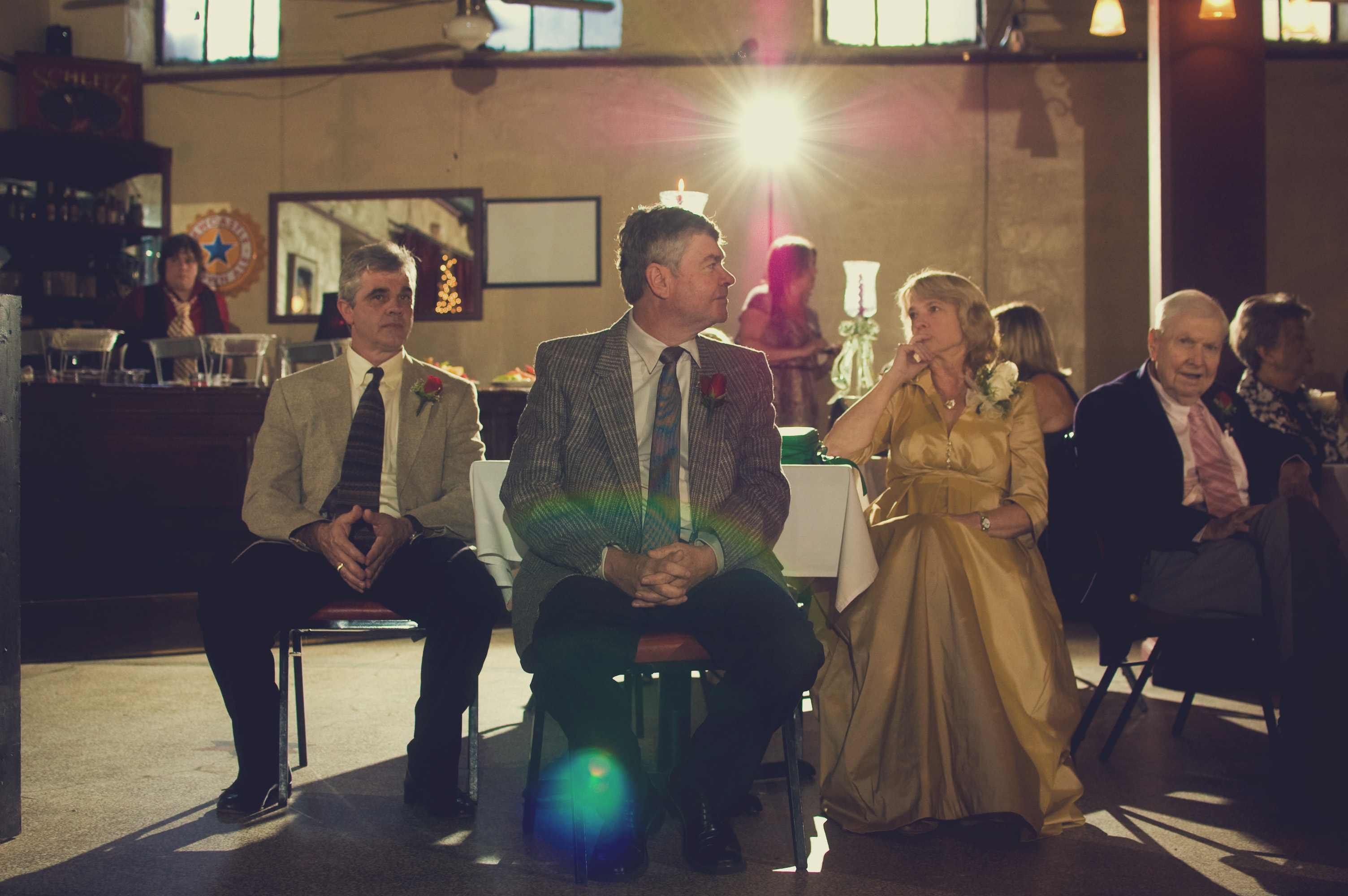 My second shooter? Craft was a BIG help, especially with the formal shots. Other than at my own wedding I have no experience and didn’t study enough wedding photos to have a good foundation of formal photos – Craft stepped up and helped with the people arranging and also got the wide shots since I kept my 35mm prime lens on (I’m shooting with a Nikon D40 so it’s a DX body and 35mm = ~50mm). 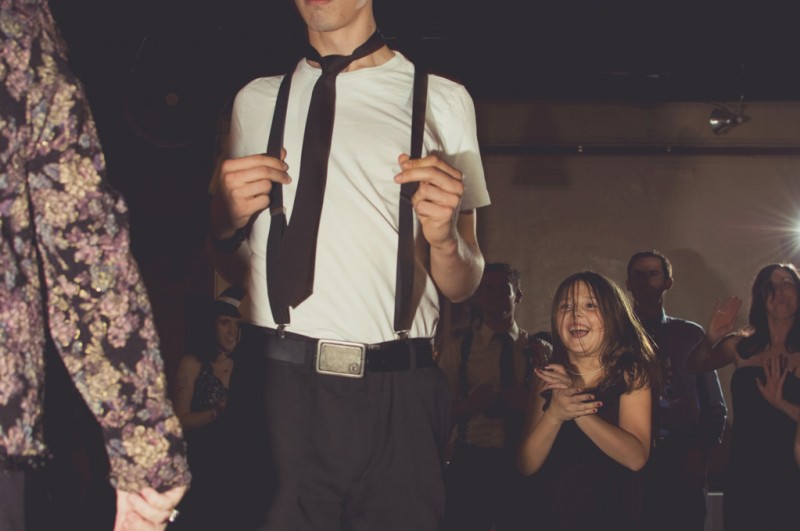 Eventually the shots did start flowing. I found a rhythm and solved any light problems I was having. Once that was taken care of I started trying to get the shots that Haley hired me to get – ones that weren’t obvious shots. Because remember – I’m the wedding photographer and my shots must not be anything like what the guests can get for themselves with their own cameras – and once all tech barriers are brought down – the only thing you have left is to hope that you find some small amount of creativity… and luck. Hopefully you’ll finish the night with some really great shots.

8 Replies to “Haley and Christopher | Wedding Preview by LeahAndMark”