While driving to the grocery store for a second, I stopped at a MARTA station to take this picture of the Decatur water tower down the street from us – I think we both have always liked how the city of Decatur is depicted as cartoony in all of their official propaganda! It’s a difference from everything else government official. 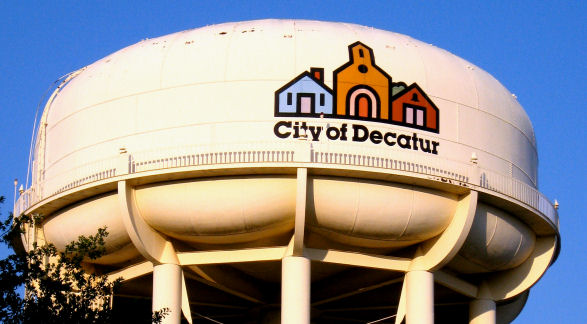 Oh. I also forgot to post about the little cat tent that we bought at IKEA for One-Two and Three-Four! 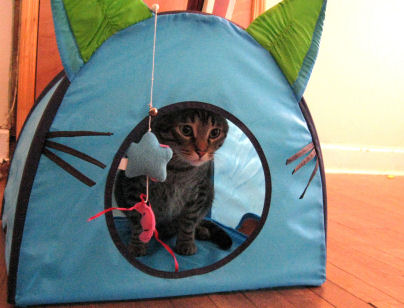 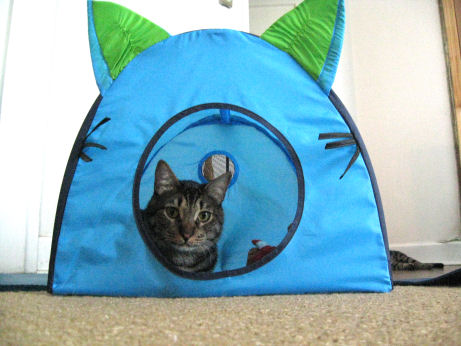 The seem to like it well enough – and it’s always turned over and twisted when we get home – I’m sure from the fighting that occurs when one of them is in it and they start battling through the walls and it all goes haywire.

It’s time for some food! – this was our dessert last weekend @ Watershed – Angel food cake with strawberries and whipped cream. Leah really likes this dish since her mom used to make it for her when she was younger. I think it was her mom. 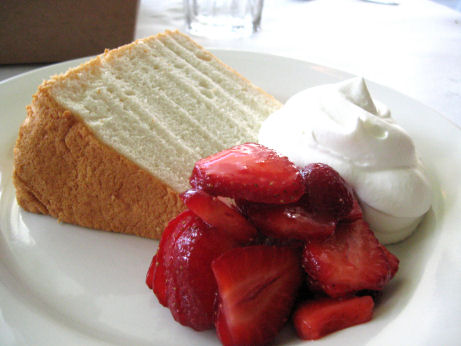 Okay so the week hasn’t gone by as fast as I may have said it might at the beginning of the week – but it’s moving along steadily, I mean, we’re almost at Thursday and then Friday will be a quick snap and all of a sudden we’re back at the weekend – which will be a challenge since we’re both over budget so I doubt there will be any exciting restaurant food pictures… it’ll all be home cooked junk with the exception of anything we eat from a booth at the Summerfest on Saturday. Oh that reminds me – I’ve been cooking lots of food in our wok since we moved here to Atlanta.

Mostly because now we have a gas burner and it’s just way cooler when you’re cooking in a wok and using fire – as opposed to an electric top – plus it feels like you can get the wok hotter with the actual flames! This is our wok: 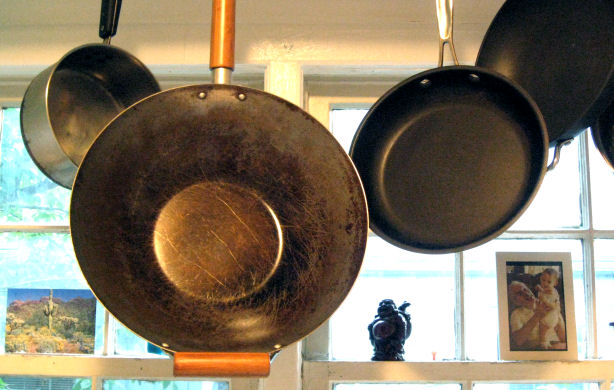 We bought it at Crate & Barrell with a gift card and we’ve made really good use of it. I can basically cook ANYTHING in this thing. Eggs, stir fry, any meat, any vegetable – anything. However, it IS really heavy – relatively speaking. So lifting it up to dish stuff out takes some arm muscle, but usually we can just spoon the food out and not have to deal with the weight of the thick metal. I do think that the seasoning/darkening of the wok is coming along nicely – you don’t want to scrub all of that stuff off with a hard metal brush or anything – it makes it look cool and it also makes everything taste so much better. Here’s an upclose shot – the whole thing is really smooth and after washing it I’ll spray it with oil and wipe it down with a paper towel – it gets all smooth and shiny and not dried out. 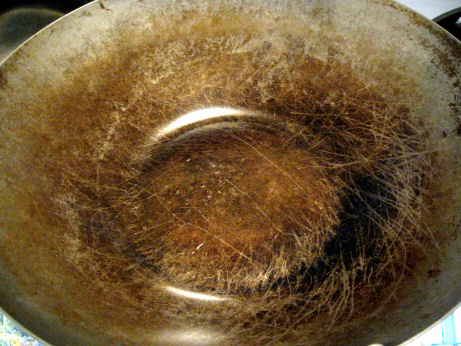 Oh yeah, I wanted to post this picture of Leah walking to her brother’s graduation because her dress is cool. 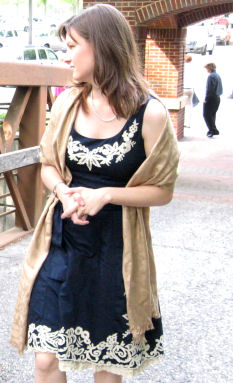 Anyways. This began as a workout post where I talk about ummm… working out, but that idea’s long over – however, I’ll still post some of the songs currently on my playlist while I’m at the gym these days. Click on each to download until I’m made to stop. I’m hungry again.

Franz Ferdinand – Take Me Out