BabyRoX has been incredibly healthy since birth. He ran his first-ever fever at 12 months. It was roseola, which didn’t seem to affect him in the slightest. High fever for a couple days, then a non-itchy red rash broke out. He didn’t act like he felt bad. Then a week later he got a stomach bug. Two pukey days, a low-grade fever, more napping and less eating, and he was good to go. He didn’t seem to feel too awful then, either. We didn’t need to go to the doctor, although I did call the nurse hotline just to reassure my worried mind.

But this past weekend, my sweet boy felt absolutely miserable. In pain from an ear infection and teething. High fever, runny nose, coughing. He couldn’t get comfortable. He wanted to sleep but couldn’t. He just wanted me to hold him. So much for night weaning- he wouldn’t eat any food, so I nursed him as often as he wanted. Anything to make him feel a little bit better. 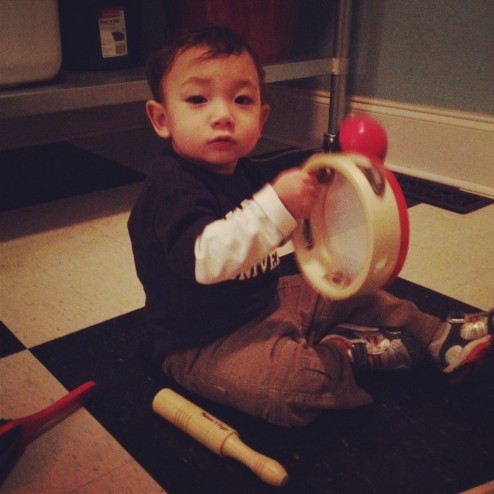 Luckily, our pediatrician has Saturday hours, so off to the doctor we went. Thankful it wasn’t the flu or anything truly serious, I left with instructions to give him Motrin as needed and… amoxicillin. Now, if you’ve been reading this blog for any length of time, you know I lean toward the holistic/organic/crunchy side. I’m NOT anti-allopathic medicine, but I’m also not a huge fan of medical interventions unless they are truly needed, because the risk of unpleasant side effects or complications from the intervention is higher than I’d like. I know antibiotics are over-prescribed. I know they strip the body of good bacteria, not just bad. I know they are ineffective if the infection is viral. I know that there are gentle, holistic remedies that can be very effective at treating both bactetial and viral infections. I know all of this. 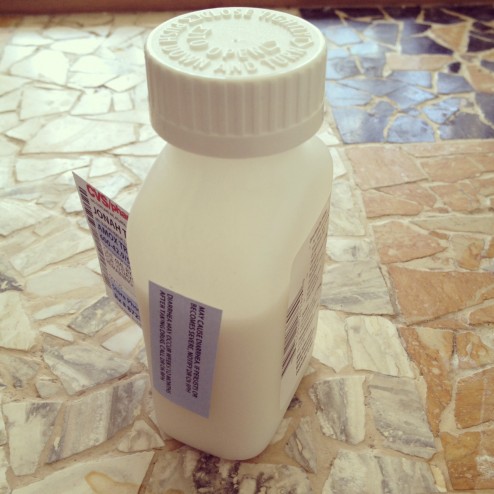 I also know that I took a sh*t-ton of antibiotics growing up. Big, pink, gooey spoonfuls of amoxicillin. I liked the stuff! I was on hormonal birth control pills for years. I ate Dunkin Donuts every Saturday for 6 years straight. Ok, maybe not quite… But a lot went into my body that isn’t organic. And I’m fine. So why am I so guilt-ridden over giving my toddler one round of antibiotics? His body has been far less “contaminated” than mine was growing up. And, as my awesome and hilarious friend mentioned in this post, he’s going to eat all kinds of nasty stuff anyways! He’s already helped himself to generous portions of cat food, lint, and dirt. (And the chips that my parents like to feed him! Don’t think I don’t know about that!) And he didn’t have a truly sick day until nearly 15 months of age.

So thank you to all my awesome mom friends for assuaging the guilt and giving me a healthy dose of perspective. You know who you are. Y’all rock.

And for the record, amoxicillin is no longer pink NOR as tasty as it used to be. The times, how they’ve changed!

One Reply to “Wednesday by Leah: Sick Day(s)”