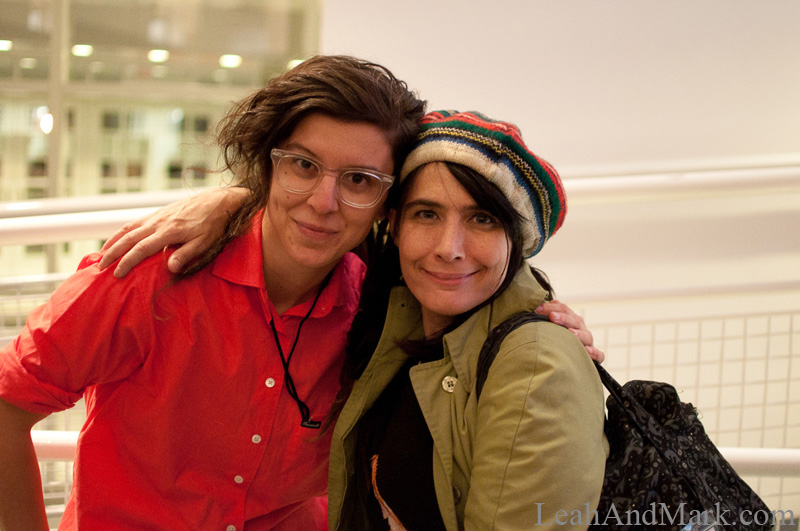 Kathleen Hanna is way cooler than you would even imagine. I realized this because I had the fortunate opportunity last weekend to stalk her. Though despite my fears of being a total creepster, every time we ran in to one another (at a talk, then at screening, then on an elevator, then on the dance floor) she was just, like, “oh hey, again”.

During a two-hour long conversation she had with an audience of predominantly Agnes Scott students, she shared personal history as a means of guidance. We were joking, but it really was like Radical Dear Abby. 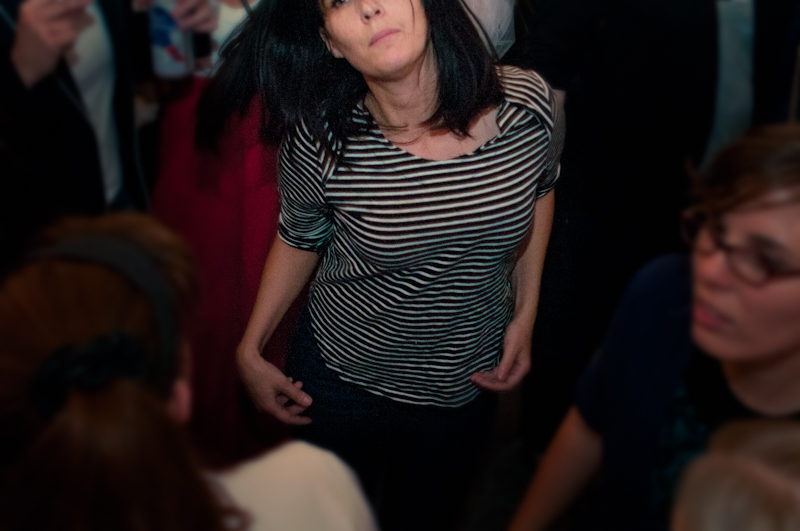 I perceived a mutual excitement and gratitude about the exchange between generations; an affirming revelry and an admiration between a trailblazer and the potential advocates of a new movement. This is what was really affecting about hearing her speak: her accessibility and willingness to engage in supportive and constructive dialogue. She was there because she wanted to be there.

Her DJ set at the High mirrors this sentiment of engagement. In a recent talk, she mentioned that the role of switching to dance music was, in part, a way to attract the kind of audience she wanted. I can only imagine a room full of the weird and the queer being exactly what she meant. If you were there, I’m sure you chanced upon an amazing dance partner. Moseying around with a camera in-hand was a rare opportunity and I so appreciate these experiences.

The woman truly is a Mover and a Shaker.