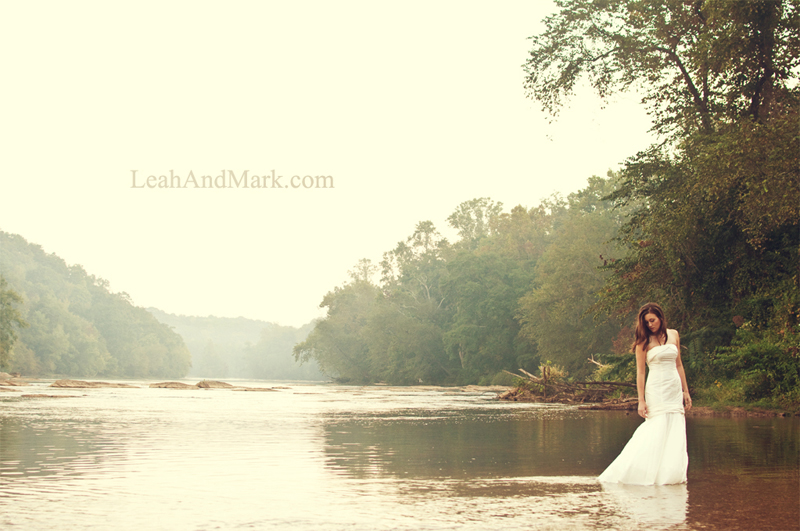 This past weekend was really, really busy for me and the Interns. On Friday we spent 10 hours at Anime Weekend Atlanta (AWA) and then went down to Kai Lin art gallery to photograph the opening of the Zenith exhibition. Saturday morning, we were down at the river by 6:45 am and ready to photograph Intern Blake’s wife in a wedding dress – not hers, one she bought from ebay specifically for this.

One of the many perks and advantages that our internship provides are the many different types of photoshoots. We cover almost anything with people except concerts. While some photographers have gone into their niche markets and stay within narrowly defined marketing plans – we stretch our skills because we know that skills translate – and we don’t ever want to run the risk of making the same photos over and over again. This is especially true for wedding photography where many photographers tend to repeat shots/poses much more often than they should. 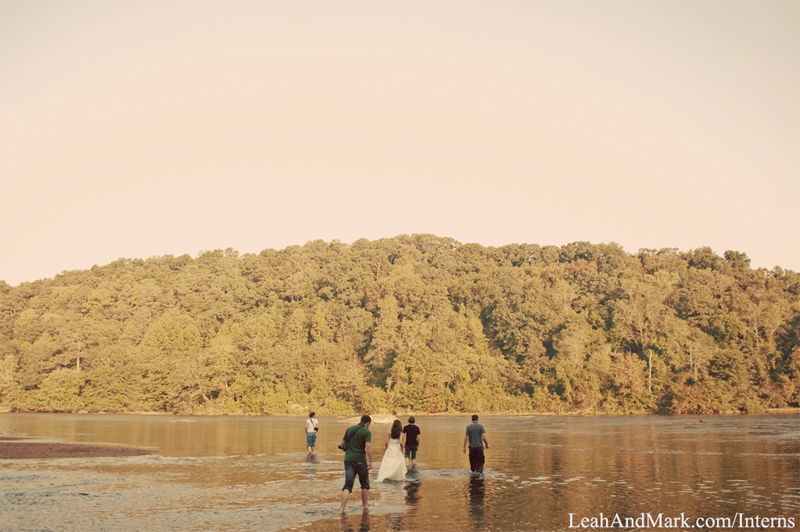 Up above you can see everyone walking out into the middle of the river. I lucked out and wore flip flops down to my car since my shoes were in the trunk – and that turned out great because yeah, there was no way I was going to just stand on the shore. Standing on the shore would’ve been lame. Blake had his crocs, Debra decided that her shoes would just get soaked – and Nick and Christian went barefoot. The sun was coming up and we had an anime convention to go to directly after this shoot – so we started shooting and pretty much kept up the pace the whole time. 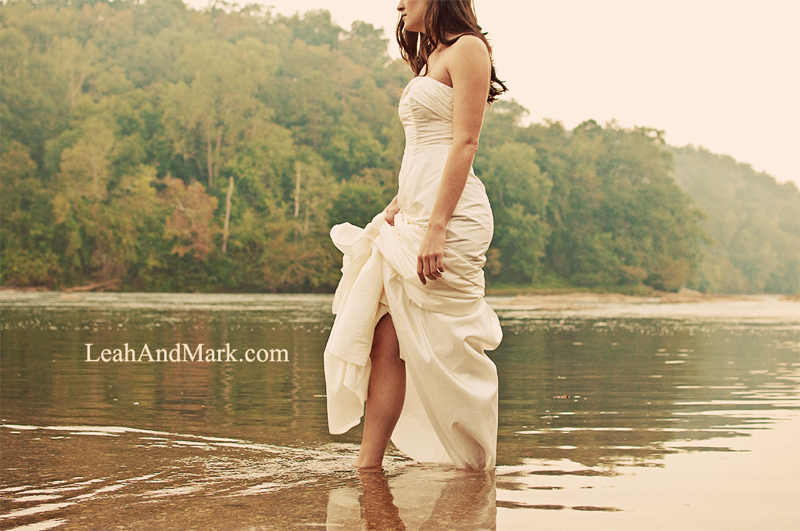 This was technically Blake’s shoot since he set it up completely by finding the location and the model. So everyone else was 2nd shooter and not in the lead. We were all barely awake when we started shooting so we just had Blake directing his wife most of the time while the rest of us sniped shots from the various side angles. Usually that sucks. This was different because it was a wide open space, and we had about 130 degree radius area around the model where each of us could shoot without crossing each other and getting in our shots. It’s different when you’re in a room, or the model’s up against a wall. There are usually far fewer (if more than one) spots for the best shot. 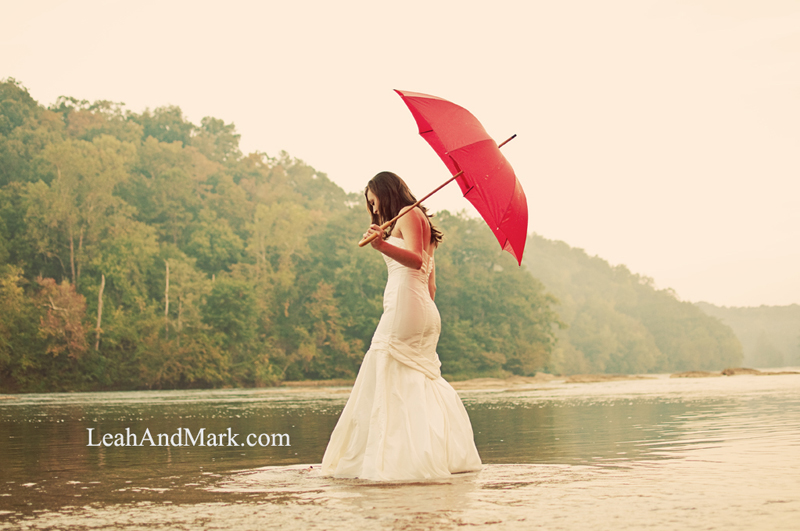 I’m always looking for wide, epic photos that make use of the setting and try to appropriately convey the openness of the space. Yes, details are great and it’s always a good idea to get up close and get a variety of shots – but since I was waking up for most of this shoot, I hung back, set my lens to 18mm and held my camera just above the water as I kept taking pictures. 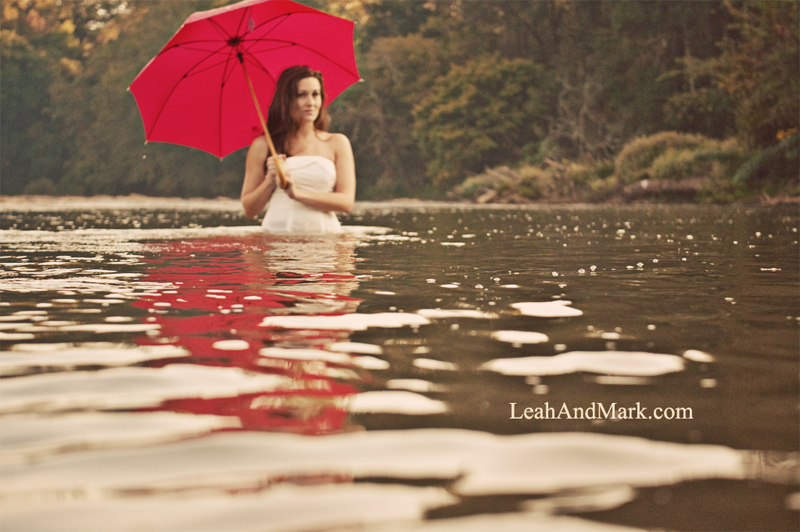 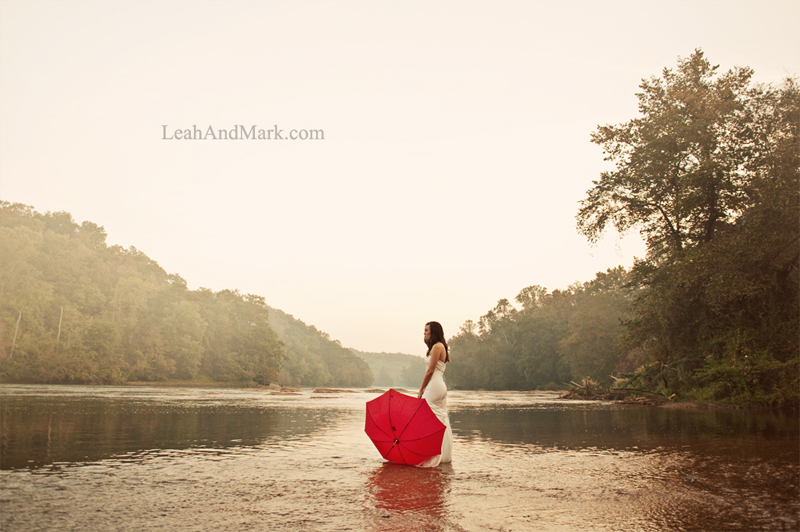 So what you see here are shots taken as the 2nd shooter. You can see everyone else’s photos when they post them to their Intern blogs – and then Blake’s specifically here (since he was main shooter on this one). I’ll admit that while Blake was off setting up the next set or just thinking, I’d ask his wife to look at my camera just for a second – which is why I got a few shots with her eyes actually in my direction.

Still. I’m hoping that the Interns realize that everything we do translates to other types of shooting. Because you’re not going to always be the main photographer – especially at events where there’s a group of competing photographers. So you’d better get used to finding new shots – the ones that are less obvious but somehow just as compelling. 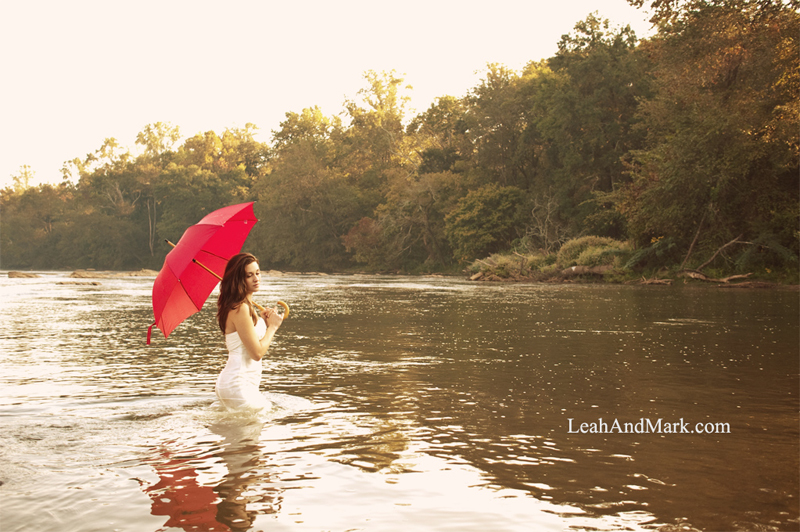 I’ve covered this before in our newsletter. You need to pre-visualize your shots before you ever put the camera up to your face. Getting lucky won’t cut it. You don’t get lucky 20 times during a session. You get lucky once during a set – if that – and honestly, that’s a very risky way to make a photography career. Sure luck is often involved – but who wants to depend on luck? Make your own by actually being good. 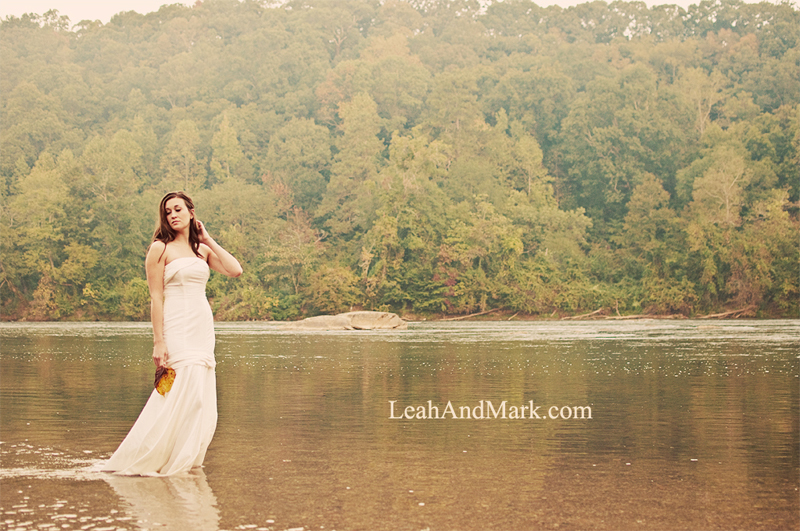 Leah and I work very hard on every job we do. Whether it’s a paid gig or a ‘practice’ shoot with the Interns – all sessions must produce deliverable photos, if not usable shots in our portfolios. I use the term portfolio loosely – but the idea is that we’re not wasting anyone’s time. Why go to all the trouble of setting up a photoshoot if you’re not expecting amazing photos? 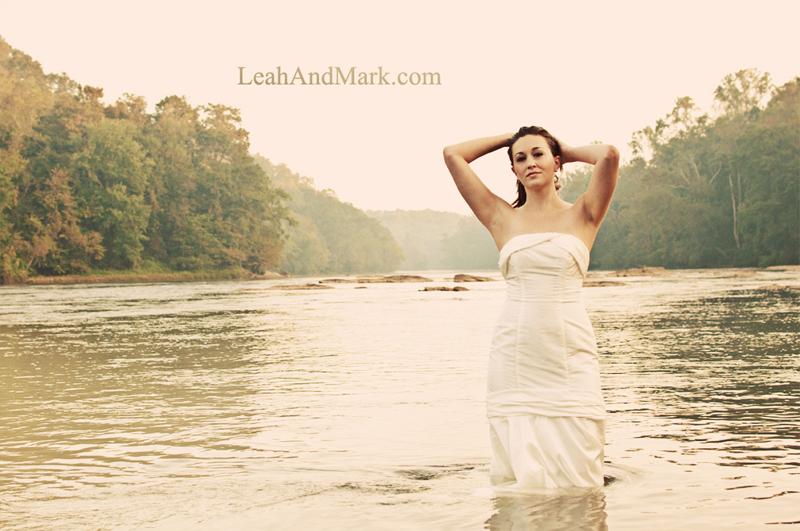 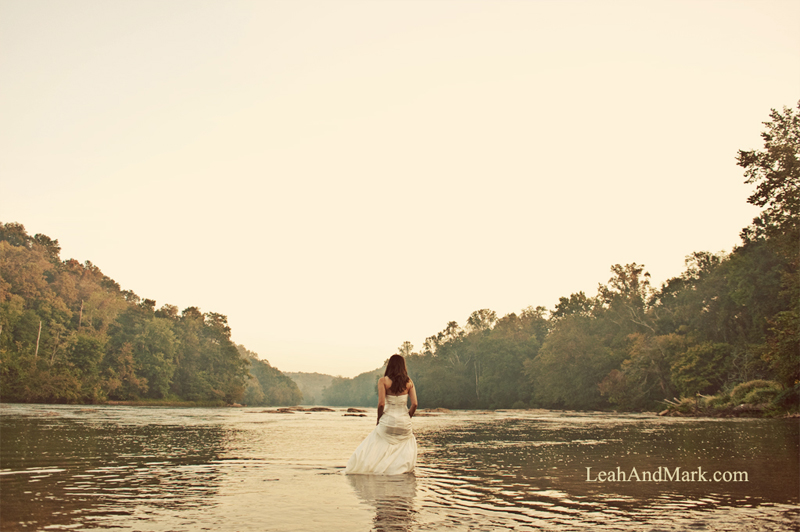 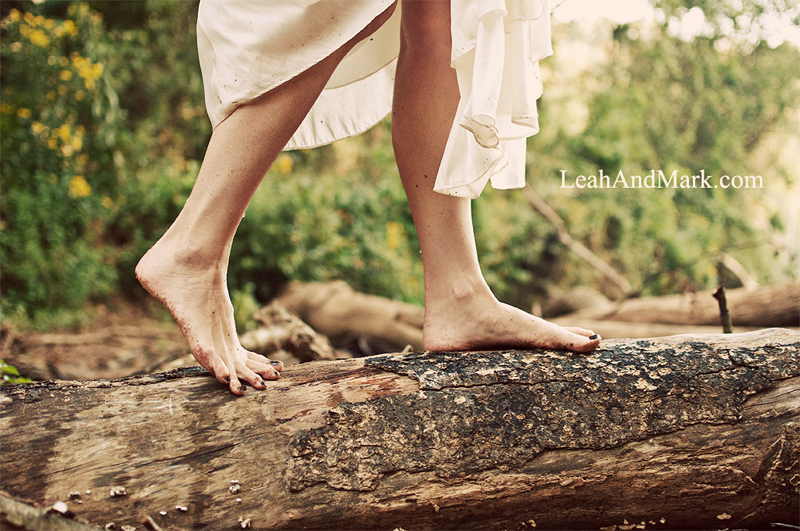 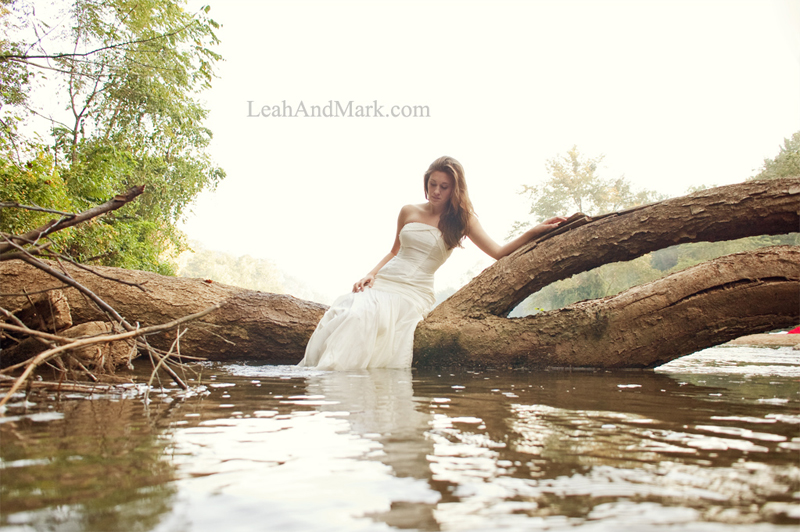 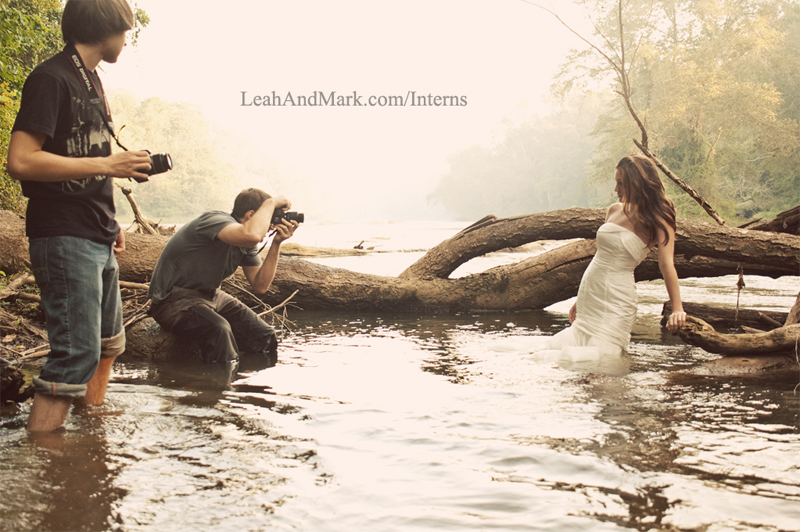 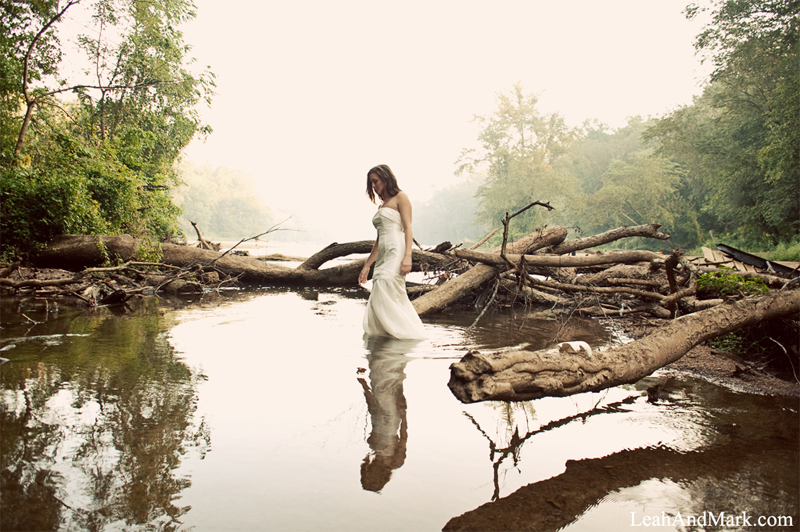 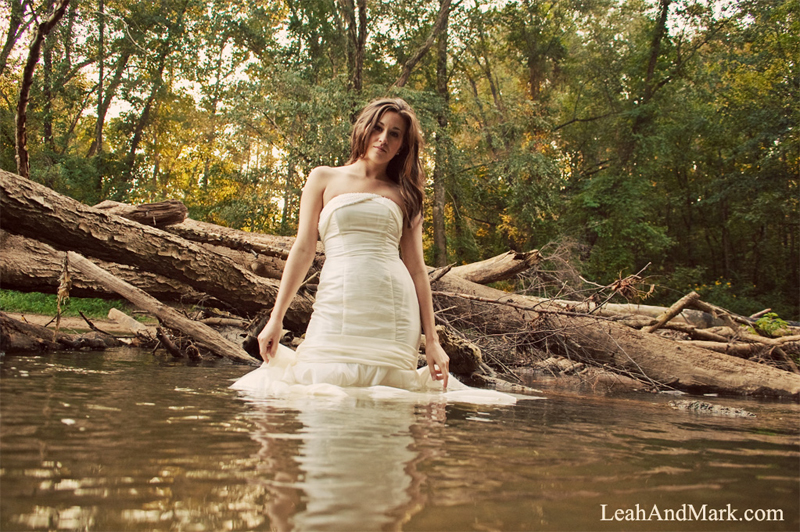 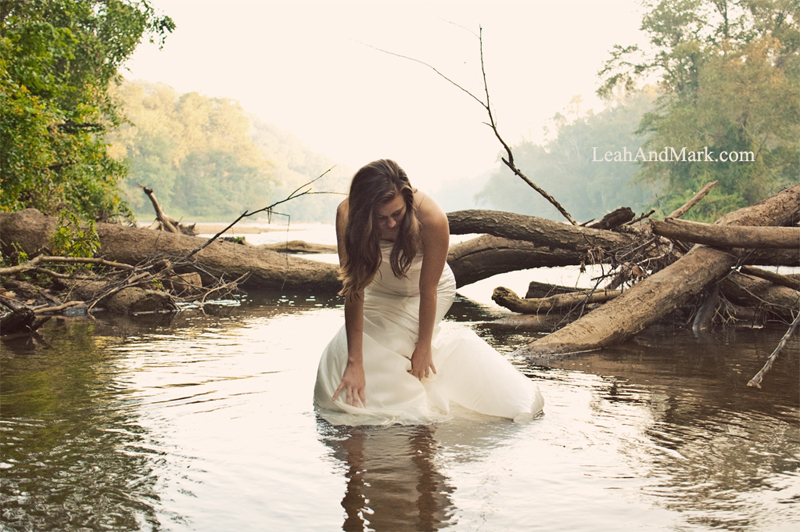 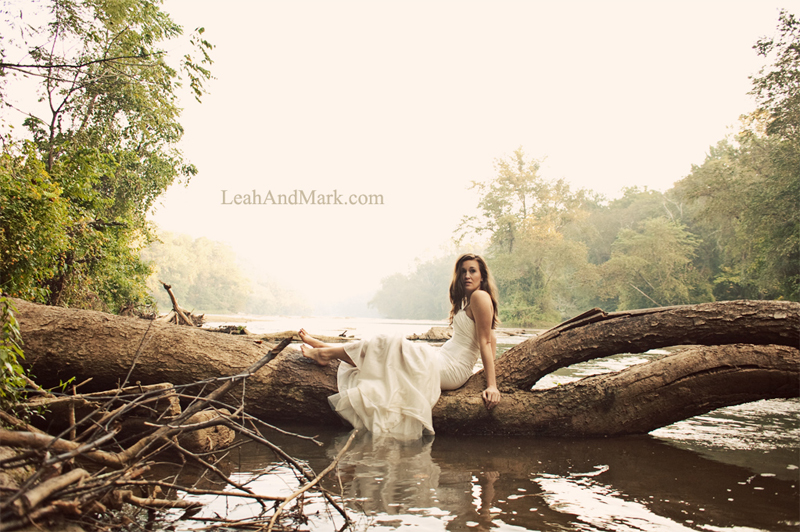 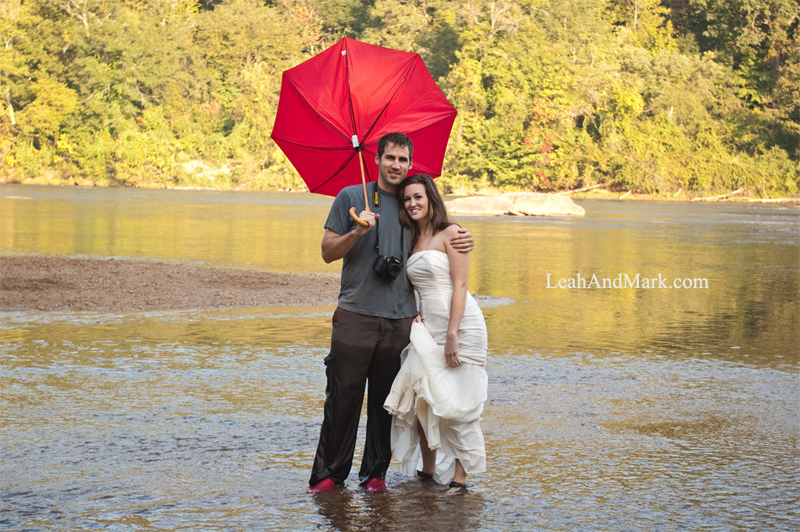 Intern Blake and his wife. 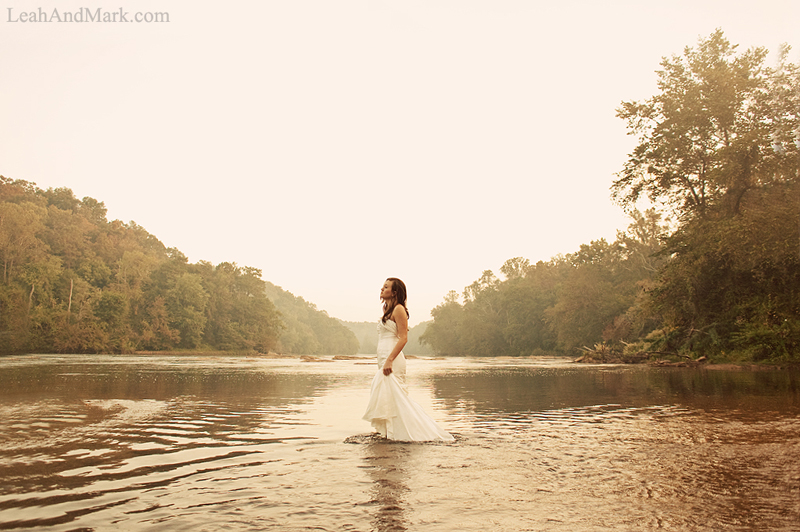 Right after the river shoot we went directly over to Anime Weekend Atlanta for the 2nd day of shooting the convention.

If you saw our Dragon*Con photos, or read the entry, then you know how I feel about standard ‘con photography. Our primary goal was simply to make different photos. Not only that – but I told the Interns that we weren’t going to take the easy way out. We weren’t going to photograph people in empty spaces. No – we were going to make different photos right alongside everyone else – and that means in the halls. That means with people walking in and out of your shot, and security telling you to move along. 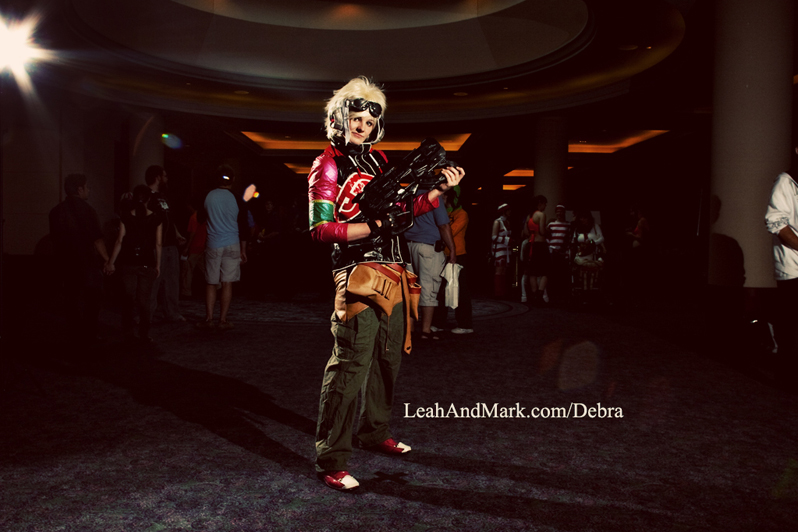 But then also when we do decide to use a secluded spot – it can’t just be a blank wall as the backdrop. Blank wall = boring. 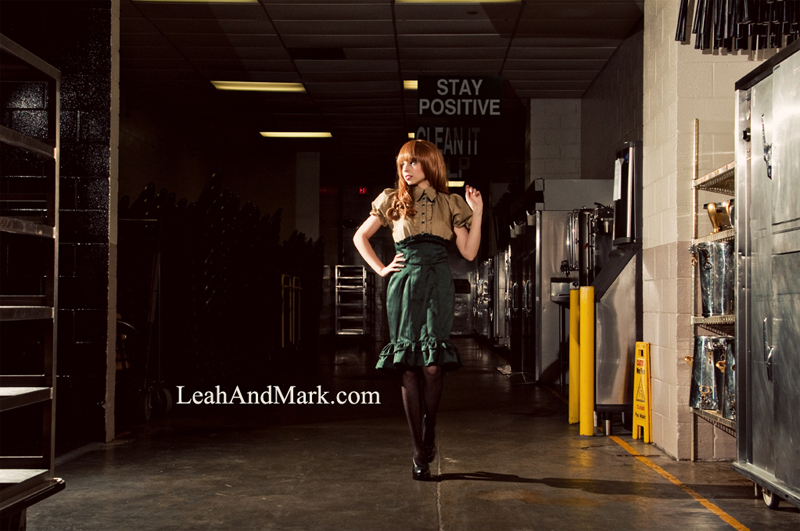 Of course – fandom conventions are overwhelming. It’s very easy to get caught up and want to photograph EVERYTHING. That would be a mistake. You really need to be selective and slow down. I decided that I would make a series of headshot type portraits. Because it’s not just about the full body costumes. 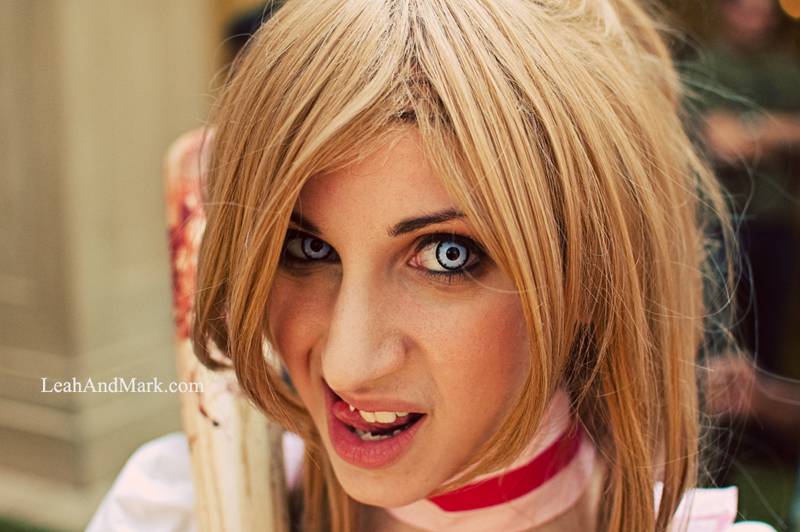 We had full access during the convention with our staff badges and with eight of us running all over the place – we made a lot of photos. You can check out the Intern posts as they make them – and check back here in the next few days for my photos of the hall cosplay, the headshot series, and the Lolita Fashion Show. 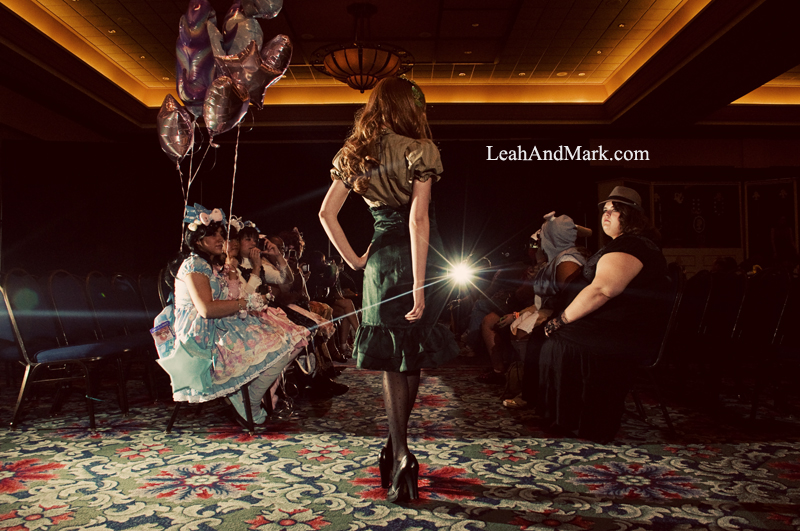 See you tomorrow, and thanks.