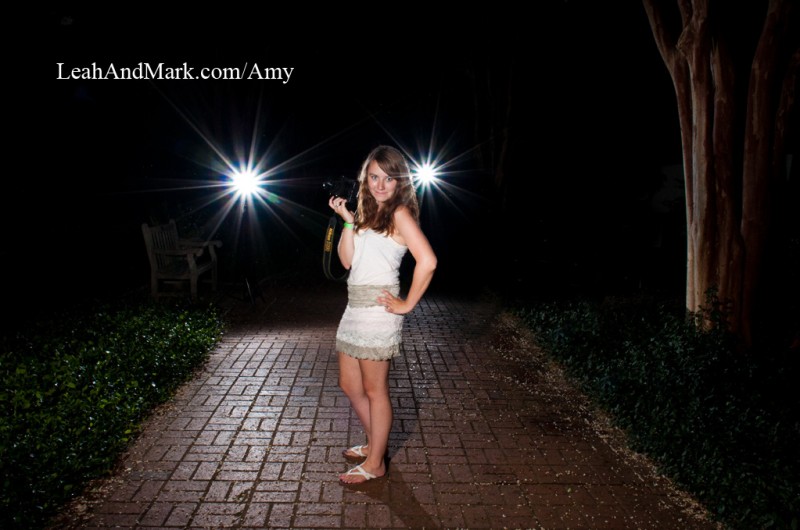 (Me and some of the interns photographed a fashion show last night at the Atlanta Botanical Gardens – pictured above from left to right – Jenna, Brook, Amy, Claire, and Mary. The other five interns were busy doing other intern stuff!)

We just finished our 1st month with our Interns and things are really picking up speed now. They’ve been shooting and blogging and shooting and well – doing all of the normal stuff interns do – except they don’t get me coffee, which I’m not really happy about but Leah says that’s not their job.

With our demanding intern requirements (1 photoshoot, and 2 blog posts a week) on top of having them assists us, it’s not really a normal internship. That’s mostly because Leah and I didn’t just want ‘assistants’. We ended up having… students. Not that we were looking to really ‘teach’ – but if there were photographers willing to tag along and let us show them a few things, we thought that’d be fun. (Even if all of our interns are probably going to get sick of making photos with lots of lens flare.)

Of course – who am I kidding – we freakin LOVE having interns, and we LOVE being able to show them a few of the things we’ve learned in the past year. Heck – it’s forced both of us to really collect our thoughts and try push them at the same time pushing ourselves. Because they have questions that we have no answers for, and they’re questions that we really should know the answer to – so they really identify holes in our own knowledge and skills.

Oh yeah – I’d like to introduce our newest intern: Amy

She’s late to the party because she was finishing up her 1st year of college in Savannah at SCAD. As is customary – her first shoot with us had to be an event with the other interns, and with the off camera flash setup. I gave her starter settings, let her know how to adjust the flash power (in unit and on camera) and let her go.

Because we can talk about settings, and theory and light – but in the end, the biggest thing that most of the interns need is more time shooting. With us, it’s ‘directed’ shooting – so that they might learn something new and different from how they currently shoot. But again, mostly they all just need to photograph and edit so much more – there is a ‘volume’ of photography that has to happen because you’re just not going to learn as much from 5 photoshoots as you would from 20.

I did some rough counting, and since last August, I’ve averaged six (6) photoshoots a month, so we’ve shot about 60 in the past 10 months. And that’s counting each wedding as only one session (because really, they should count for at least 2 or 3). Also – within those 60 sessions we’ve shot family portraits, engagement sessions, weddings, model sessions, newborns, children, charity events, product photography, etc., etc., etc. Everything we could get our hands on and that people would pay for.

We said it in an earlier post, but another reason we decided to take on so many ‘Interns’ was because we received SO MANY applications – and we realized that there just aren’t that many opportunities for photographers with less experience, to really watch/learn/work with more seasoned ‘professional’ photographers. While I’m not one to say that we’re in fact any of those things – people trusted us, and believed in us enough that they were willing to put themselves out there and say they’d do anything, including just carrying our bags – just for the chance to learn from us. We’re not so naive or arrogant to think that we know everything, and we realized that we would be forced to learn a lot more by trying to teach what we already know to others.

Of course, in the end it’s up to the interns to decide how much they’re going to take from this experience. They’re the ones who have to be shooting on their own, or helping out on the sessions that I invite them on, or just asking the questions that they need to ask. Because it’s a short three months – and the next batch of interns is already lining up.

One Reply to “Interns| 1st Month”