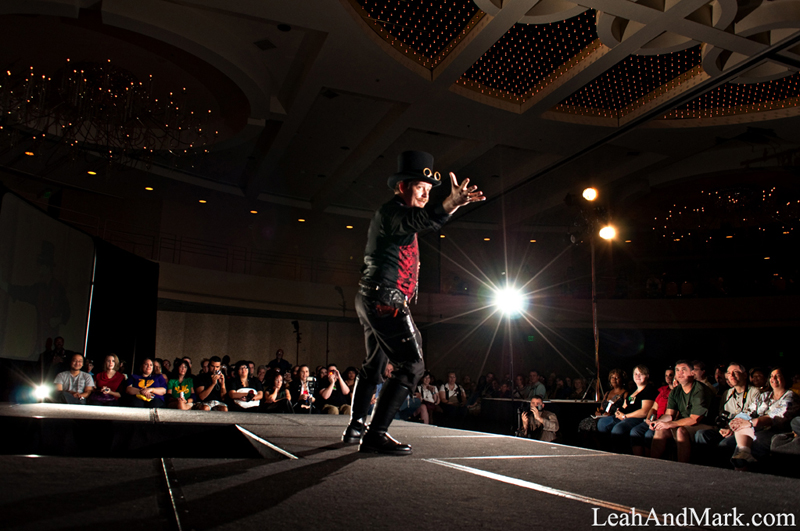 One of our main goals this year at DragonCon was simply to make different photos than everyone else. We’re not interested in capturing ‘everything’. In fact, our team only went for a few hours on Sunday afternoon. We were there to photograph the Alternate History Fashion Show (SteamPunk!) and also get basic coverage of the outfits.

I’ve worked with the main organizer and designer (Megan Maude) a few times before – and she was kind enough to pretty much give us free rein to manage things however we wanted. That’s exactly how you want all clients to be right? So after every model was finished with hair, make-up and wardrobe they came over to our side of the balcony where we photographed them in two sessions. 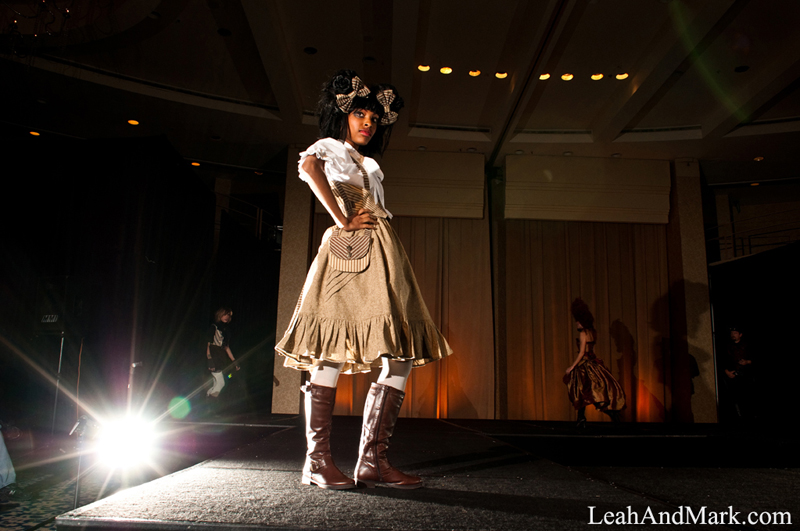 First Intern Debra shot them against a white backdrop – getting all of the basic coverage – and then we had them come out into the hallway and take our levitation photos. 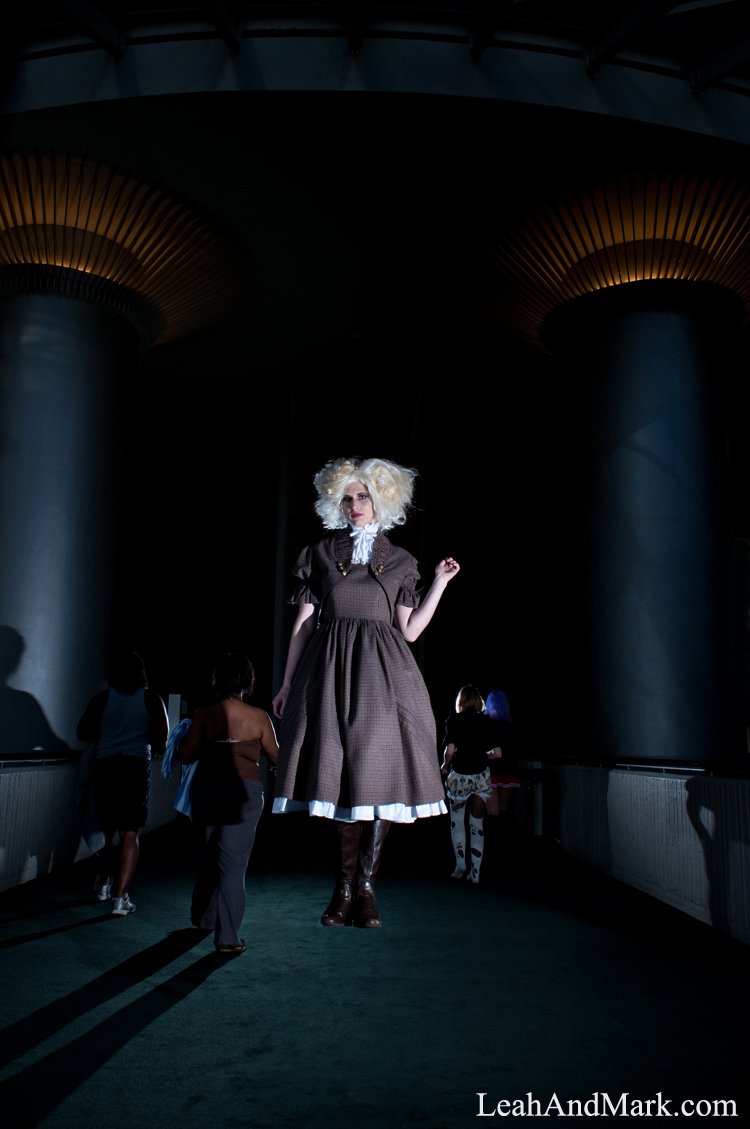 Of course I hadn’t actually tried any levitation photos before, so the results are kind of mixed. For example – the few photos I snapped where there are people walking around in the background – those are better. The ones where it’s just the model floating in the air? Not as good. Partly because I didn’t get the shadows down right when taking the photo, not in photoshop. There isn’t a shadow below them and it looks funny – but that’s because there really wasn’t a shadow below them because there isn’t a light source coming from up above, and the one behind them isn’t casting one on the floor at their height. Also – their feet aren’t exactly right and they all look like they could’ve just been placed there like it was a green screen background.

Anyways – we’ll know better in a few weeks when we shoot Anime Weekend Atlanta – and do hallway cosplay pics this way – except with varied backgrounds, and lots of people milling about. It should be a good challenge for our team. 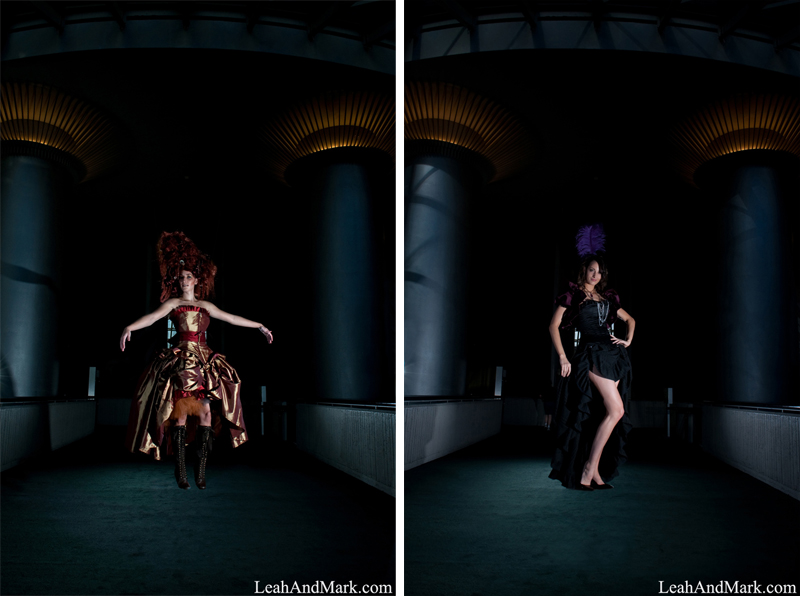 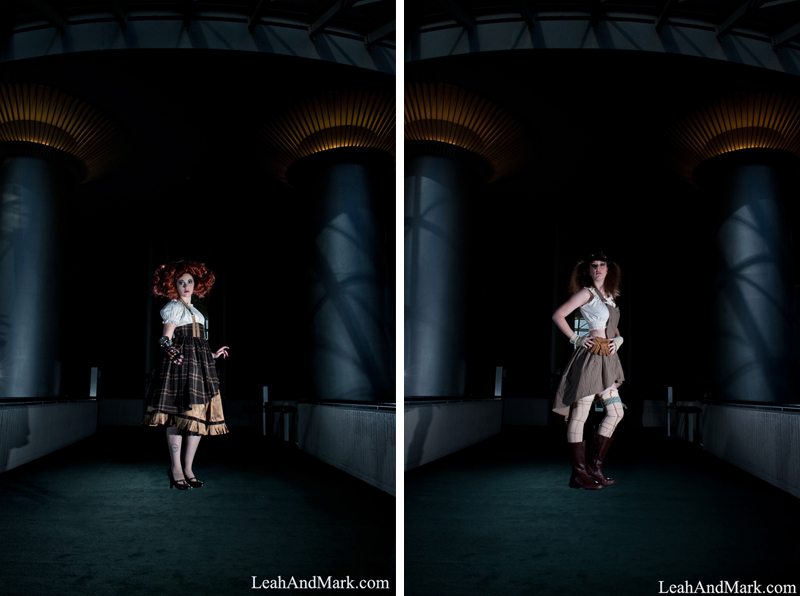 While I was out in the hall making relatively boring levitation photos – Intern Debra was inside taking the shots with the white backdrop. I think that if anything – our Interns will at the very least know how to shoot a subject against a white/black/grey backdrop and wash everything out and make a clean photo. 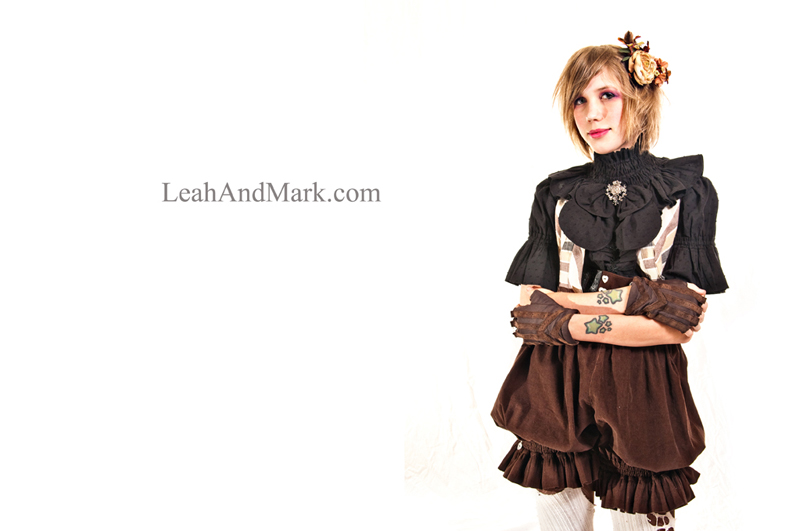 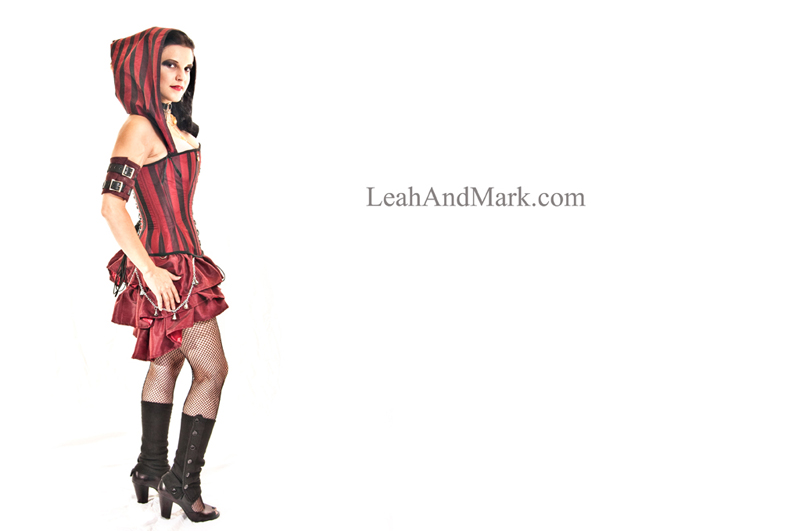 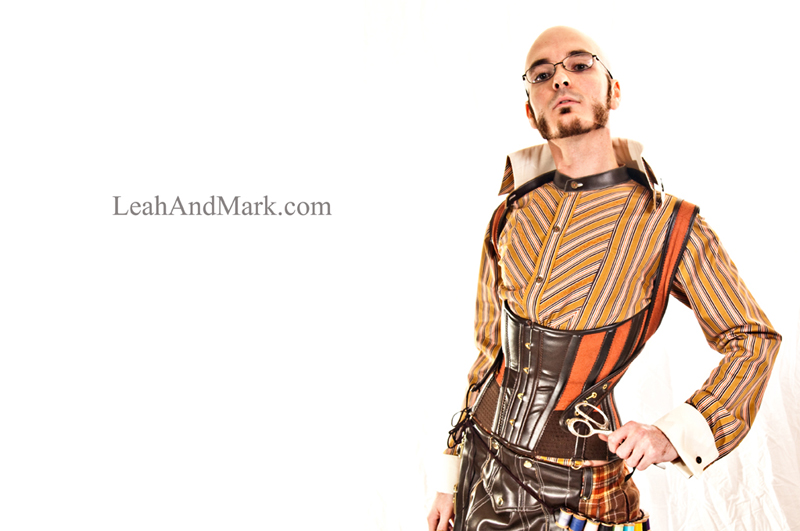 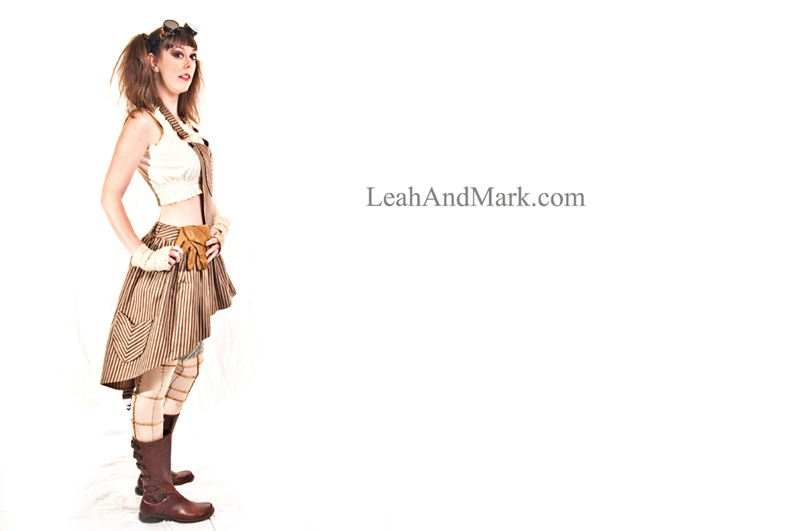 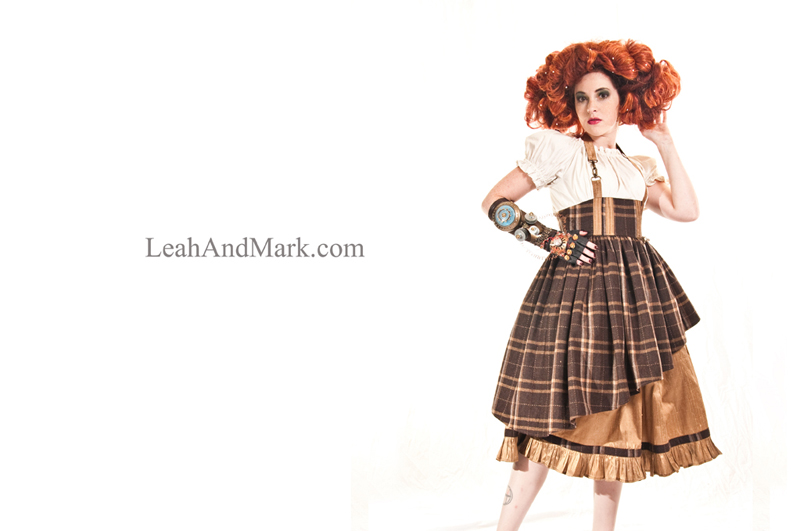 Kind of like a wedding – you have 3 hours of hair/makeup/wardrobe – all for 20 minutes of showtime. That’s how fashion shows generally are – and if your settings aren’t right, you’d better learn how to make adjustments – FAST. It’s one of the reasons we still shoot events and why we don’t do ‘bridal shoots’ for practice or our portfolio. You want to practice making quick adjustments, creative shots, and moving targets? Don’t go to a ‘group Bridal Shoot’ – shoot a fashion show – and try making shots that no one else can get.

Besides – it’s better to fail in this situation than an actual wedding right? 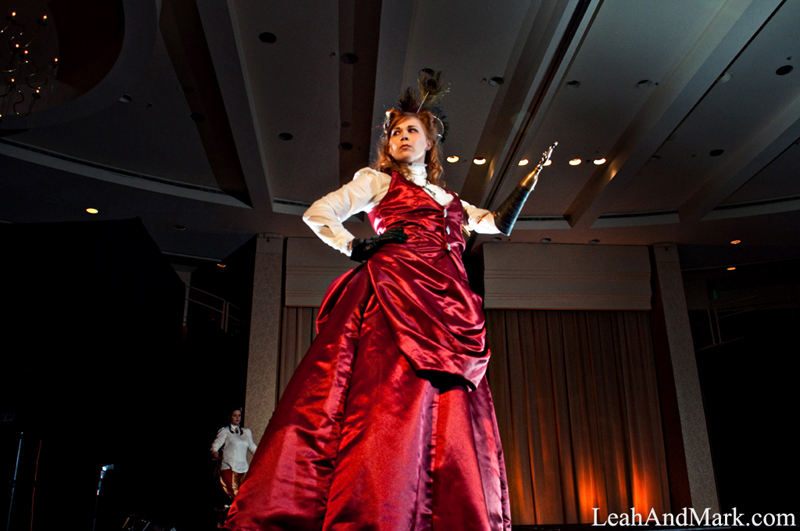 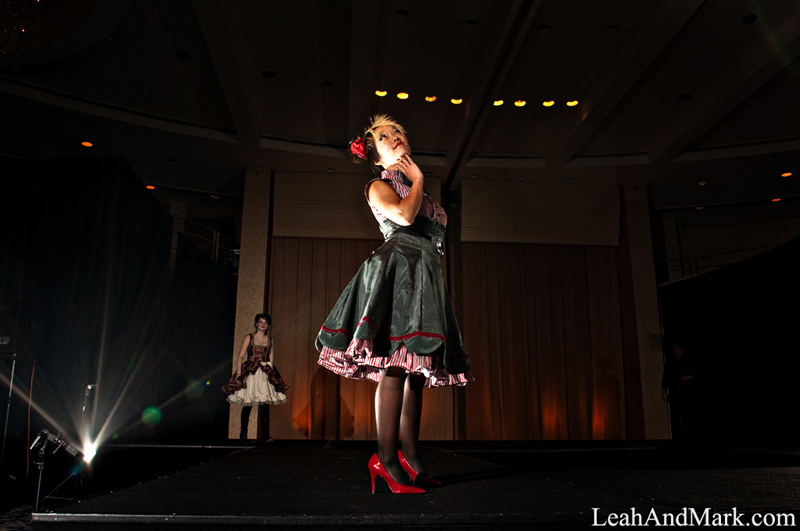 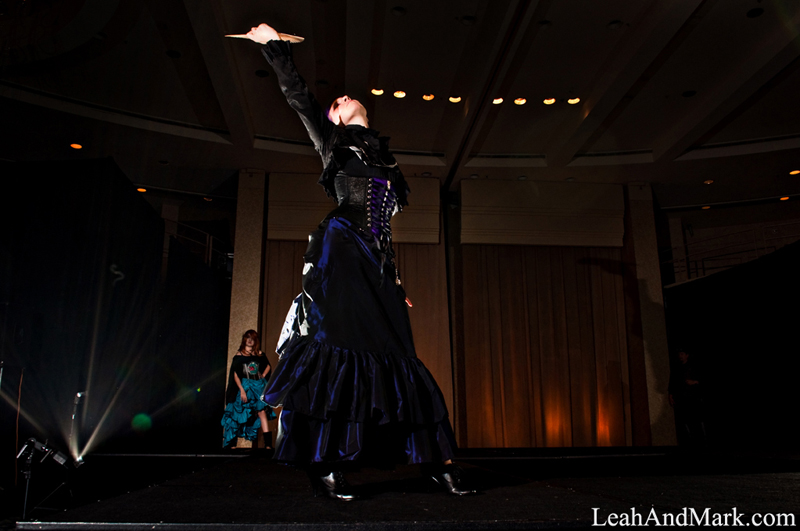 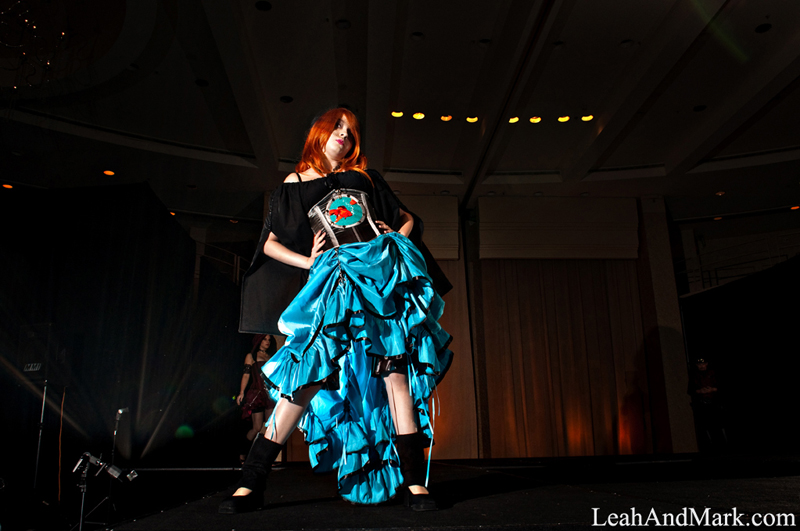 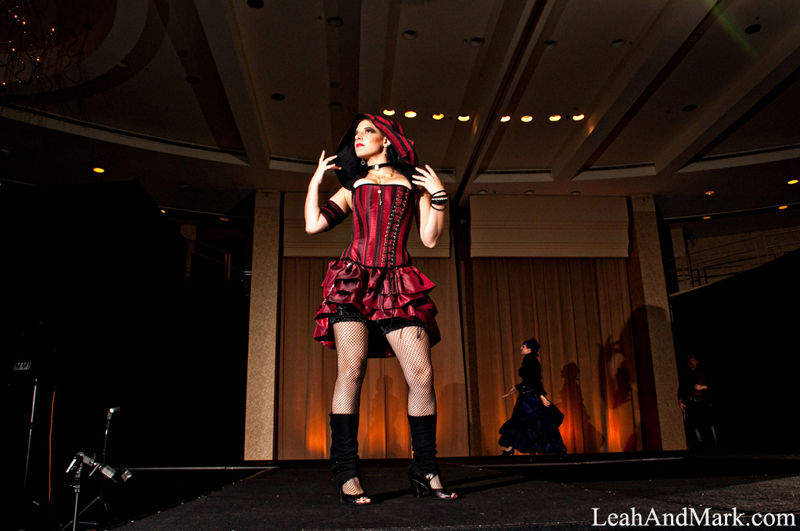 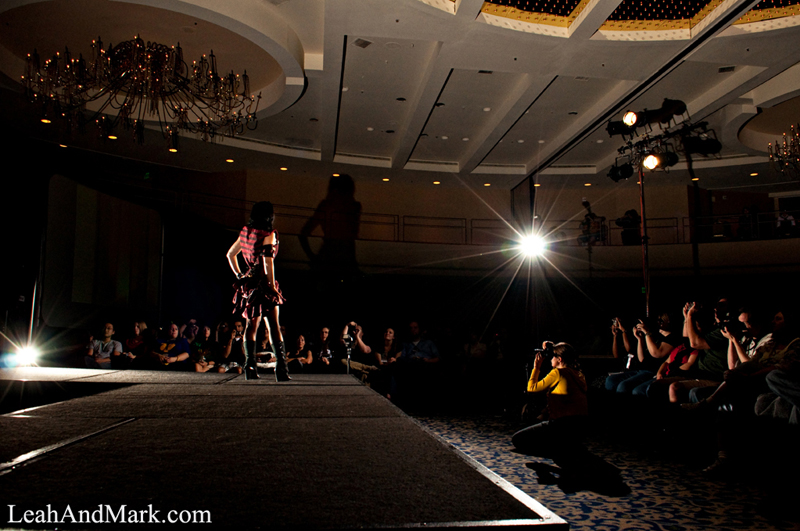 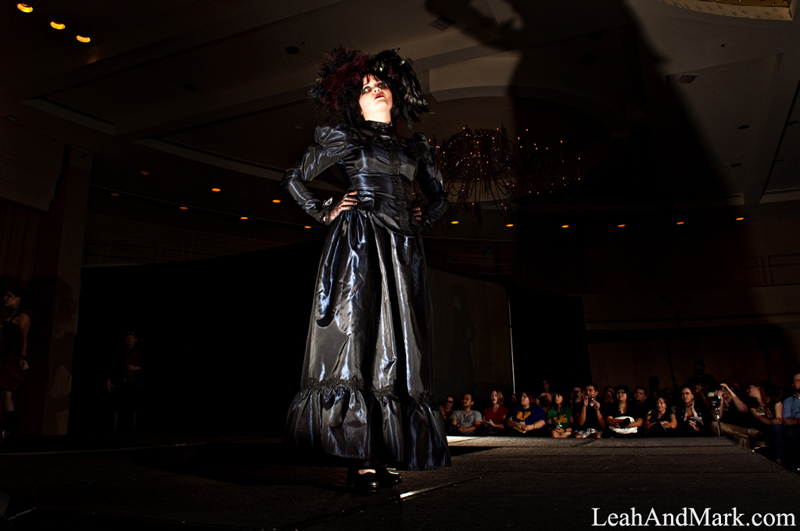 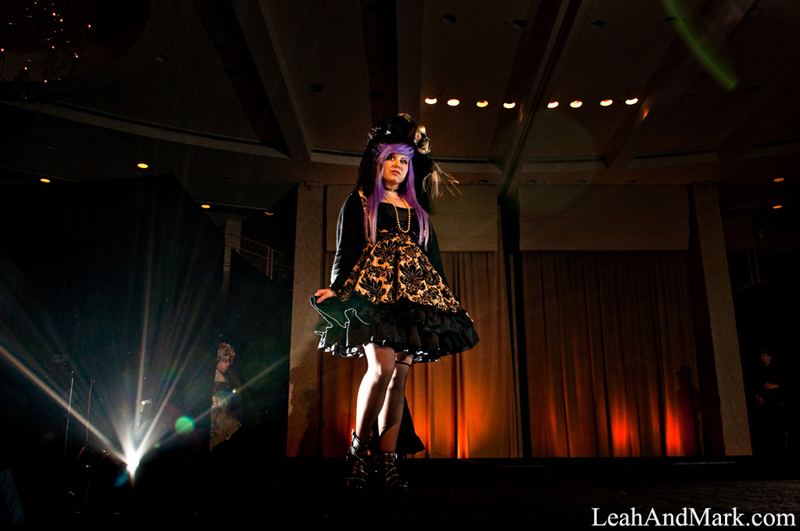 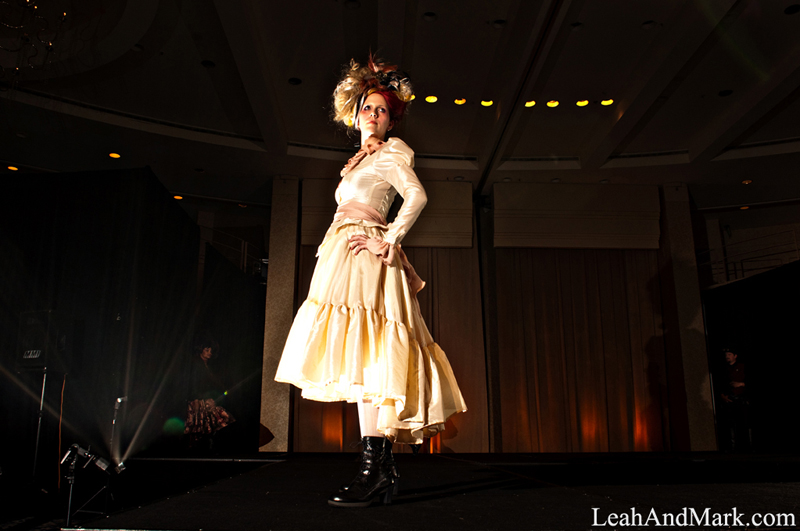 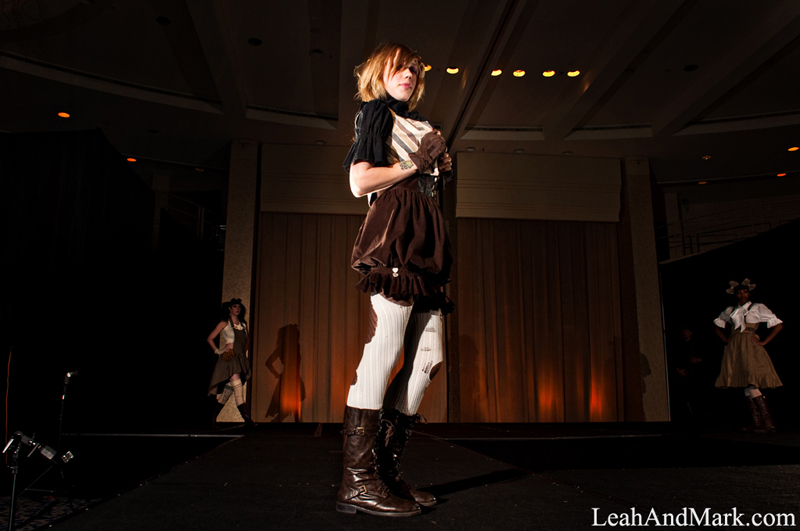 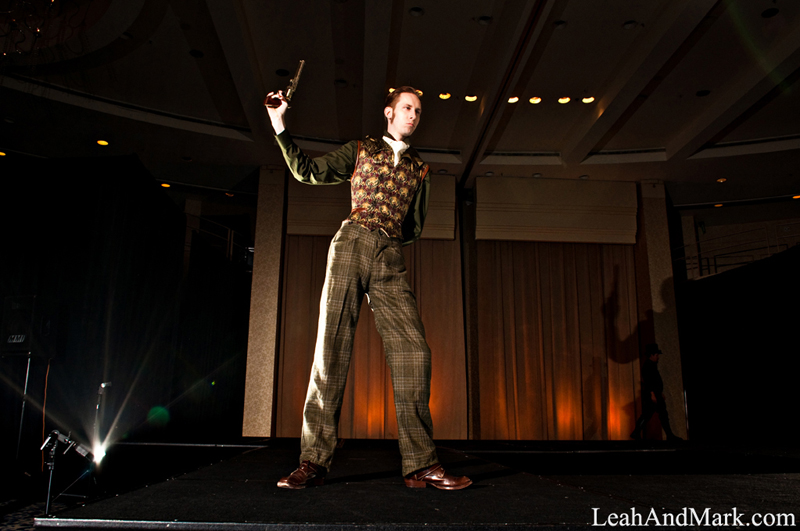 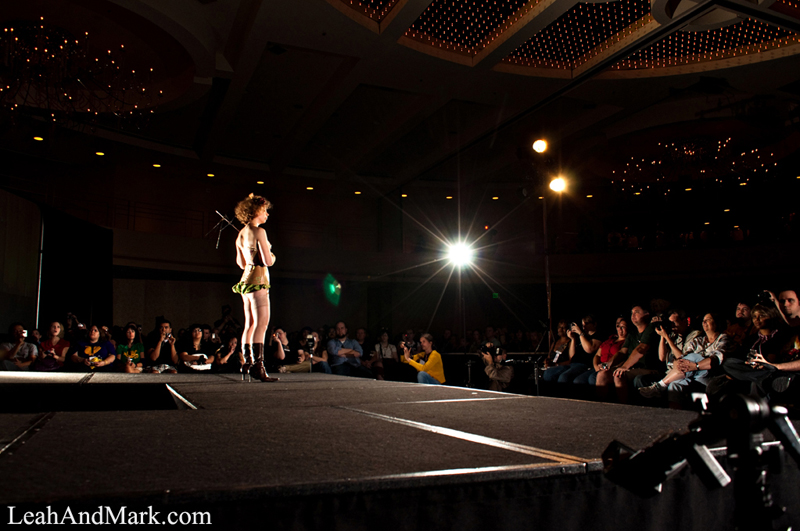 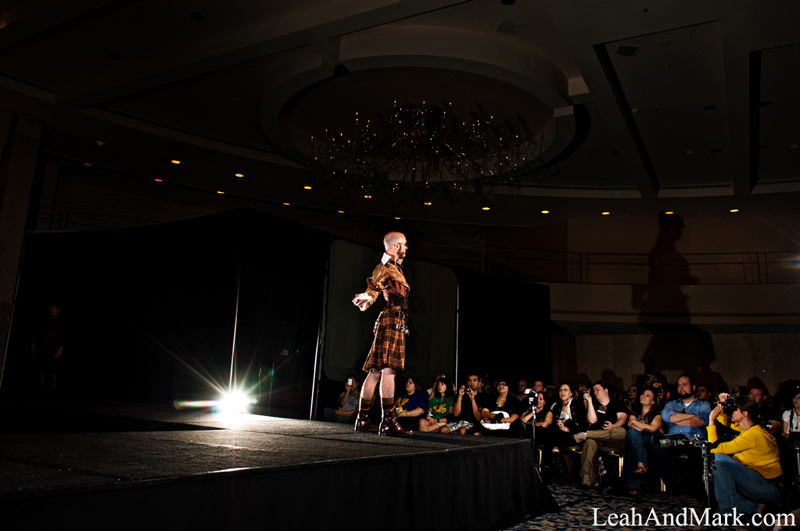 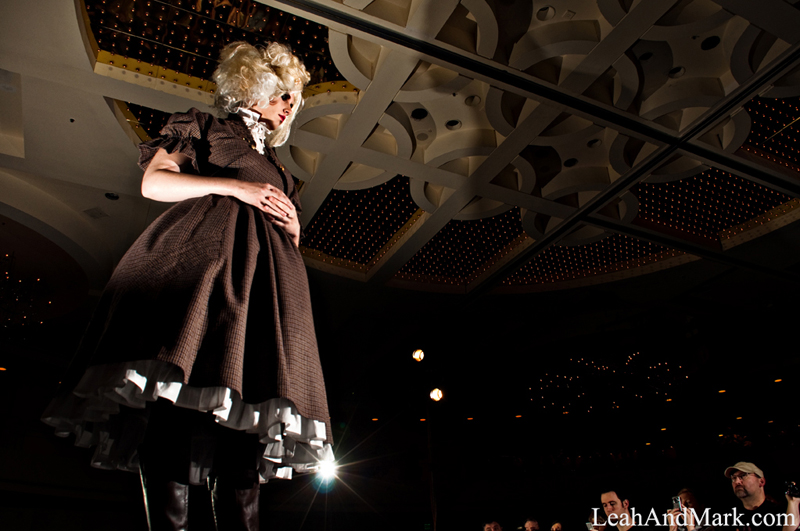 This last shot was a quick session a few minutes after the show. They asked me for a group portrait – except we had already broken down most of our gear. So I grabbed two flashes that still had receivers on them and placed them on the floor at left and right, crossing lighting them. The ballroom down below was completely lit and you can still see the stacked chairs down there.

Originally they started posing in front of a hotel wall – and I kind of nixed that idea for this one – mostly because I’m generally against photographing people standing in front of any wall – especially hotel conference rooms. So I moved them over to the balcony and two frames later – we have this one. Not on camera flash, we have some detail from the chandelier, and the composition is even decent. Too bad I didn’t notice that chair on the right side until afterwards. 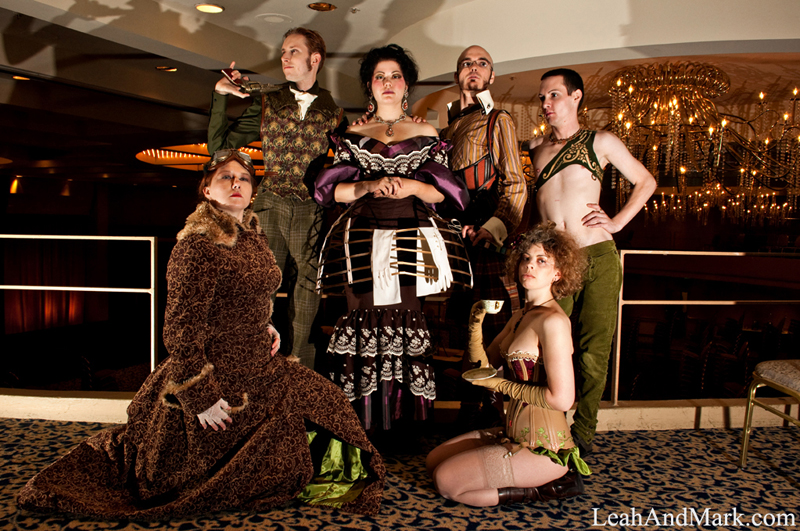 Have a great week.