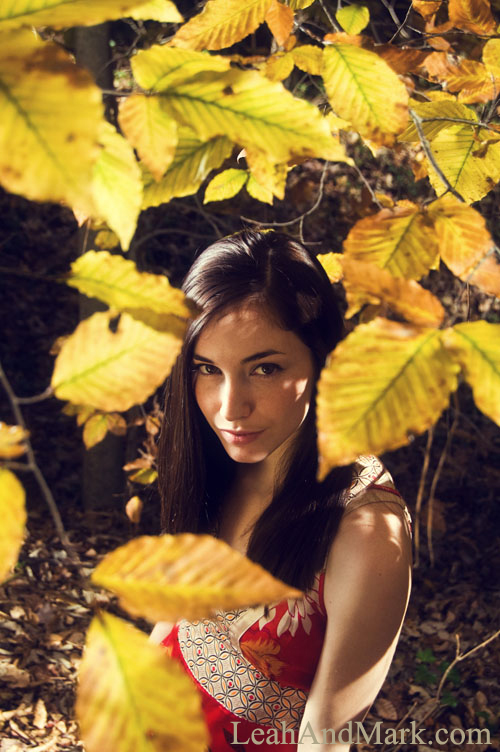 I met Whitney back in July – during fight choreography for a small film that we both worked on for a second. She’s in the last photo of this previous post – and then more in the link to the flickr set in that post. Our characters actually had this big fight scene where she was beating me up (we were X-men type super heroes) – so it was fun to work with her again (sort of).

This shoot was right after the shoot with Addy so we were still in the same woodsy park area – except of course I wanted different photos so we went to the other side and found some other trees. Yeah. That sentence was actually much more interesting before I wrote it. Still – like the shoot with Addy I was really trying to give Whitney some photos that weren’t anything like the stuff she already had in her portfolio. Since she already has some headshots I decided I wouldn’t try to give her new ones. Besides, I wanted to make use of the remaining fall leaves that were still hanging around. 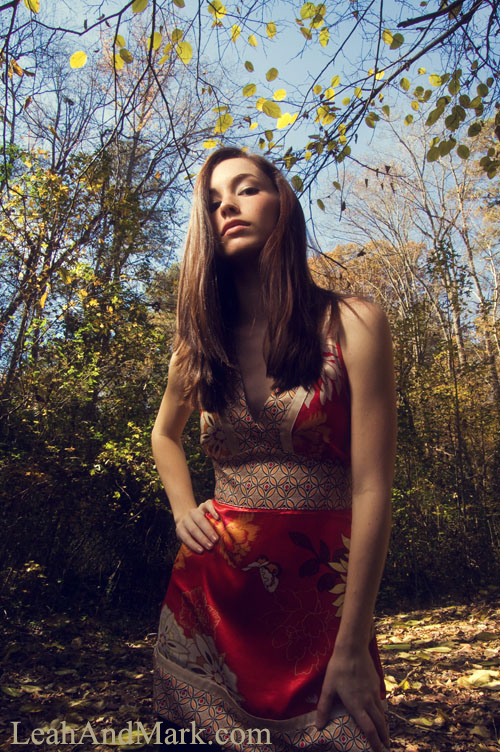 It’s kind of funny how much I don’t know (okay not really funny, more like it’s amazing how much I still have to learn). Because after every time I’d click the shutter, Whitney would move and change poses – just slight adjustments, nothing major – not exagerated like you often see other models doing during photo shoots. After the first few photos I had to stop and say ‘wait, you keep moving and posing – that’s awesome’. Of course that just tells you how often I haven’t shot people who are used to modeling. Then Whitney told me that a long time ago another photographer told her that she needs to make each photo different, even if it’s just a really small amount, just different. 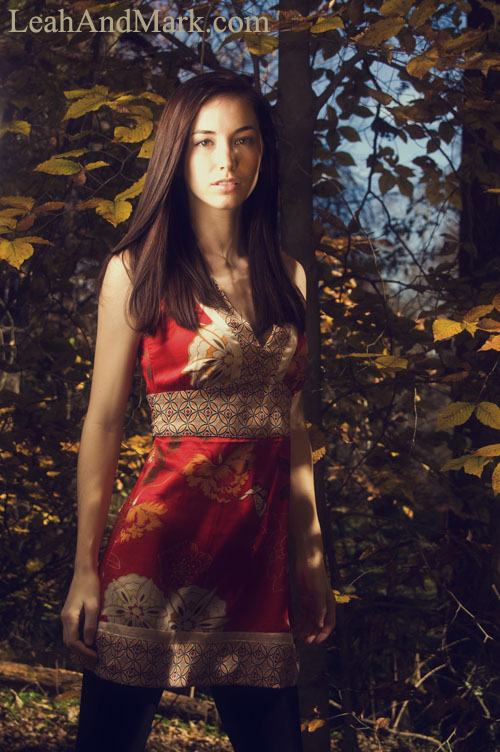 So after Whitney and I walked around the forest with the light stand just off camera and always about to fall over – we were done and I learned something valuable from the shoot.  In fact, that tip from Whitney really helped out during the last shoot of the day with Sarah and after I told her that piece of advice, it was like both Sarah and I were professionals at this photographer and modeling stuff. 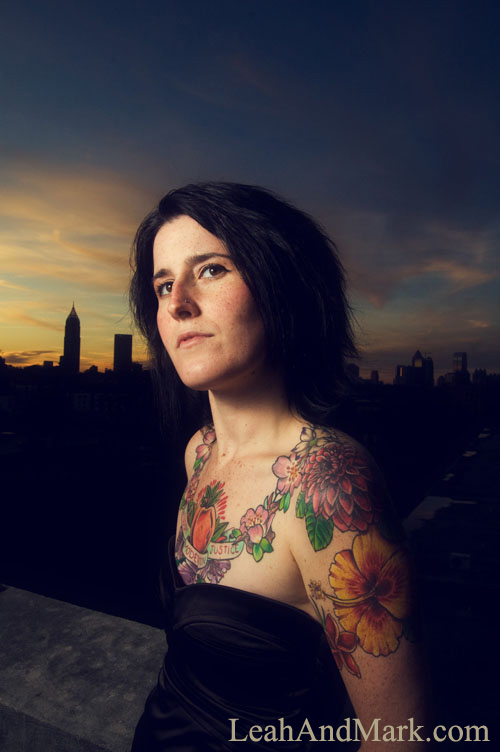 The rest will be posted on Friday.